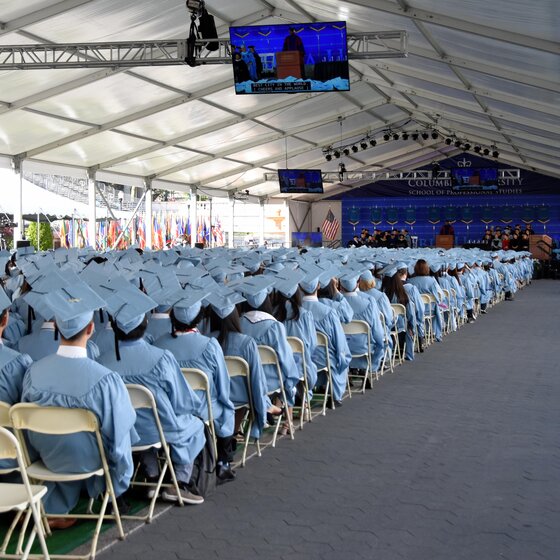 Recordings of both SPS Graduation Ceremonies on May 13, 2022, can be found by clicking here to access the University Commencement Website and scrolling down to select either Professional Studies link. 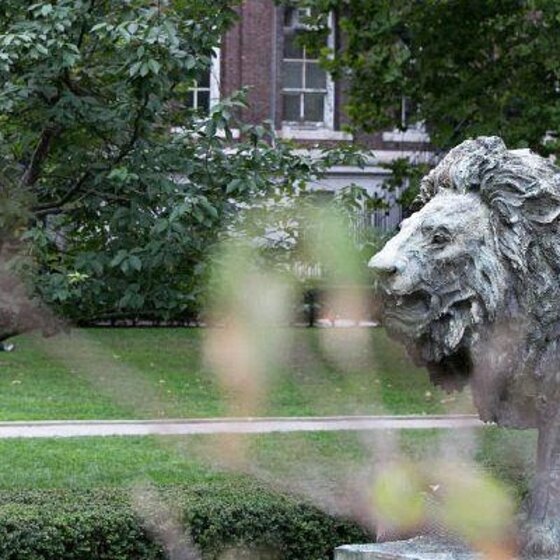 Congratulations to the Class of 2022! The Columbia University Commencement ceremony of the 268th academic year will take place Wednesday, May 18, 2022, at 10:30 a.m. (EDT), in-person for ticketed guests and also via web broadcast.

The University Commencement Ceremony will be broadcast here.

The Commencement ceremony dates back to 1758 and has been held outdoors on the Morningside campus since 1926.

While each school holds an individual graduation ceremony, the University President is the only person who can confer the actual degrees. As part of the ceremony, each dean steps forward to request that the President confer degrees on the school's candidates; this tradition has become a memorable part of the ceremony. After the University President has conferred all degrees, cheers, applause, and celebration ensue as the class officially graduates.

Looking to send a gift to a recent graduate? Visit the Columbia University Bookstore for things like diploma frames, apparel, office accessories, and much more!

Marching Order is a software we use during the SPS Graduation ceremony to display graduate information on the screen as their names are read aloud. Graduation information that appears is their name, academic information, a photo, hometown, and post-graduation career plans.

Feel free to download and share your graduate card, along with your name recording, with family, friends, and on social media! For the Classes of 2020 & 2021, click here.