Siddhartha Dalal, Professor of Professional Practice in Applied Analytics, has been awarded a Meritorious Civilian Service Medal by the U.S. Army for his work with the Army Science Board.

Established in 1987, the Meritorious Civilian Service Medal is the second highest award granted by the Secretary of the Army or a major Army commander to civilian personnel. It consists of a medal, lapel button, and citation certificate.

Dr. Dalal is a member of the U.S. Army Science Board, an advisory board of 20 scientists appointed by the Secretary of Defense to advise the U.S. Army on technology. He has recently co-authored a monograph, "Battlefield Uses of Artificial Intelligence," on the uses of artificial intelligence in national defense with a number of academic and other colleagues. He has been contributing his research for the past eight years.

Watch Dr. Dalal discuss his research efforts, as well as how his students are learning to apply these analytical concepts and their implications in their own studies. 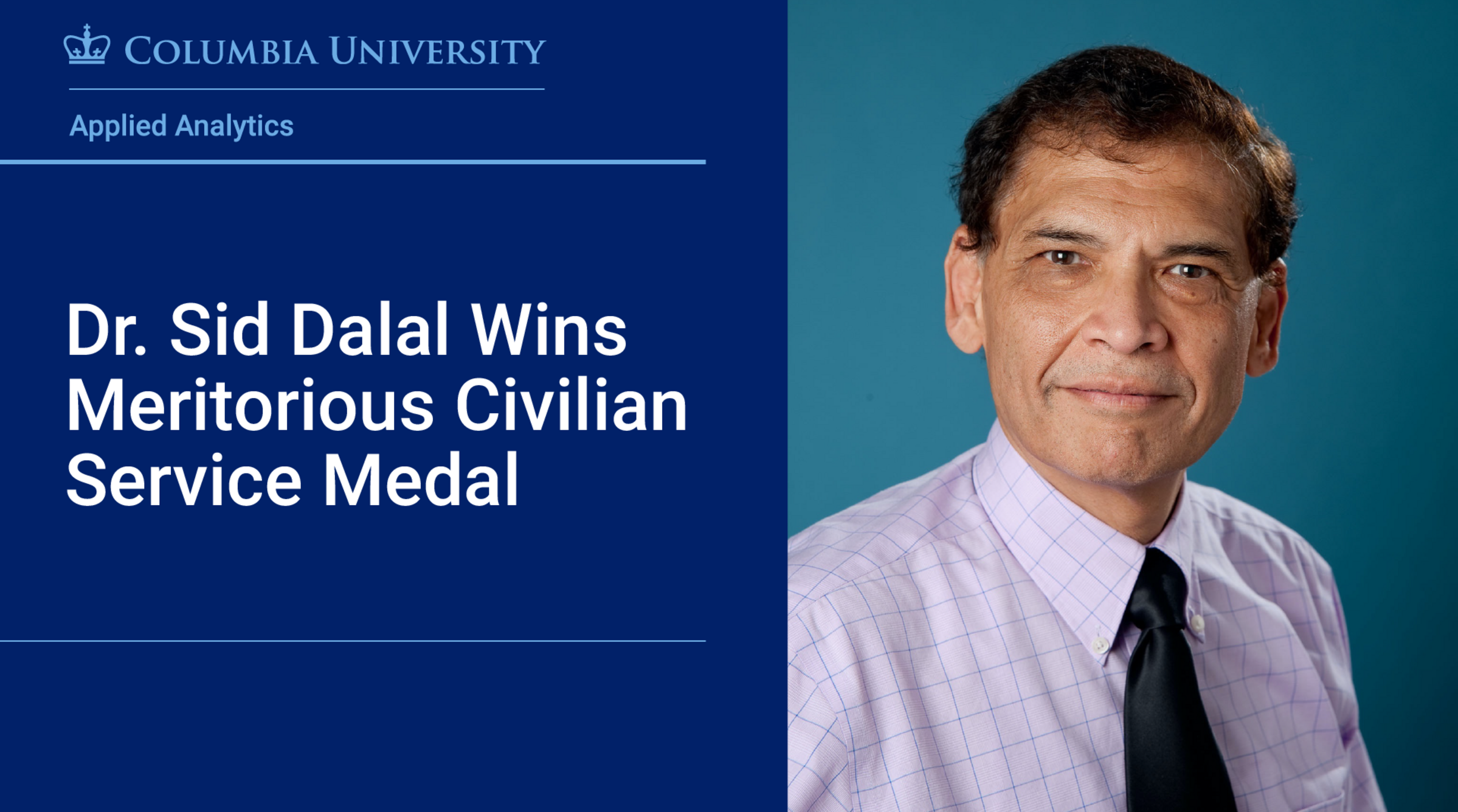 Learn the practical data and leadership skills to succeed.

Reporter Nights: Alan Alda on “How I Became A Science Communicator and What It Taught Me About Science and Communication”

"When we started, it was not that popular to teach communicating science."

Nick Weltmann, Lecturer in Columbia’s Insurance Management program, will use his Simulation Models in his Fall 2021 class.

Reflections on a Remote Year

"At first I was overwhelmed. So I went back to basics and thought about my Teaching Philosophy."