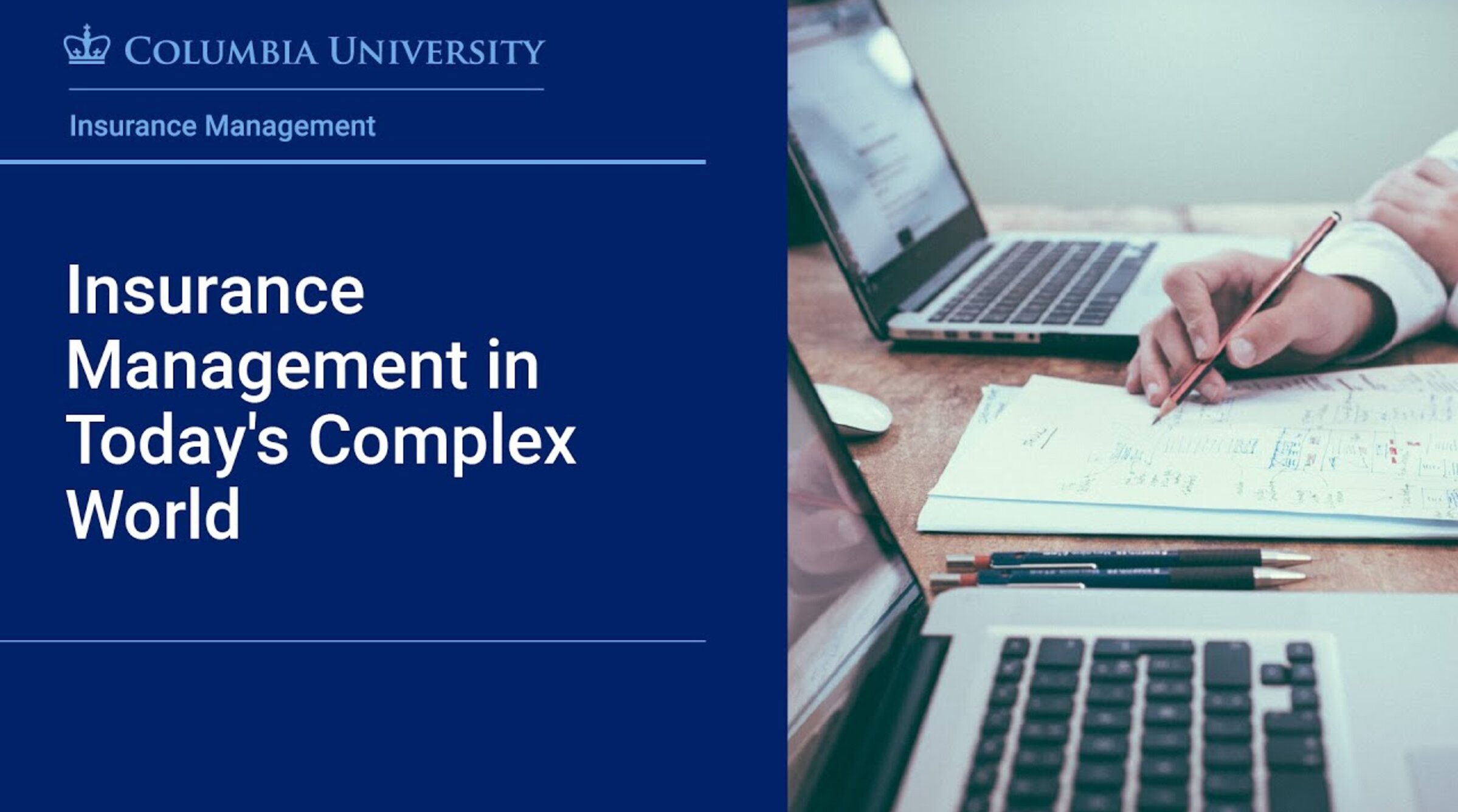 Breaking into the industry

With the exception of Program Director, Teresa Chan, not a single faculty member of the Insurance Management Master’s program started their career in the industry. Chan received her law degree from Fordham University and spent 22 years at AIG, working as both Senior Vice President of AIG Energy Warranty and Director of Corporate Product Development. She asked the panel, “Many of us landed in insurance after spending years in different industries. How did having a diverse background enable you to go from one role to the next? How does that factor into the insurance field today?”

Alejandro Zarate Santovena noted, “I am a chemical engineer by training and spent about 8 years working in the chemical industry. Mine was a conceptual kind of job and this helped me prepare for a future in consulting, which requires a process-driven approach. The combination of those two factors allowed me to move into insurance, and I started to work with sales teams consulting with clients rather than just acting as brokers. Engineering taught me how to solve problems and prepared me for my next step.” 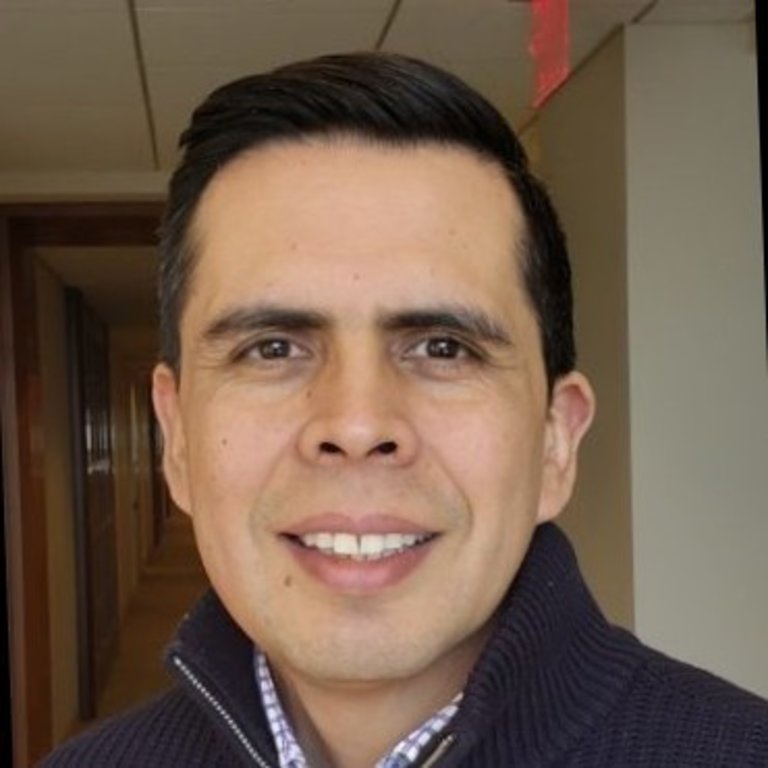 I wanted to pursue the areas of machine learning and data science, so I went back to school to get my master’s. It has been a journey of amassing experience in an industry where I see lots of opportunities for both disruption and evolution."

Bob Percopo has two degrees in economics and spent about 30 years in project finance. “I’ve done transactions throughout the world”, he said. “About 20 years ago, senior management at AIG wanted someone with a project finance background, and the logic was, ‘if we can help clients get their projects financed, we can not only insure those projects but be part of them.’” 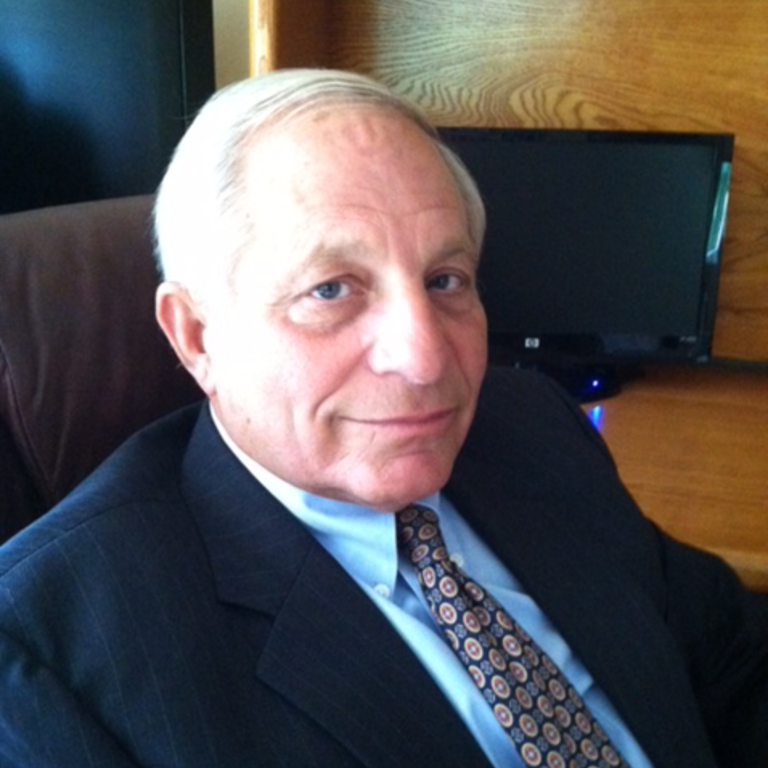 The advantage I had as a project finance person was that I didn’t ‘speak insurance.’ Insurance people tend to be insular and silo oriented. If they feel you’re a threat, you can’t break through. But, being ‘insurance-challenged’ for lack of a better term, I was welcomed. Managers realized that I could help them build their book of business, and that is how I learned what I needed to know. I was able to help solve problems for AIG around the world."

Ken Radigan was a math major when he graduated. “At the time,” he said, “there were only two jobs you could do, teach or be an actuary. I always had an interest in business, so I pursued an actuarial career. I became interested in environmental insurance, a new field and AIG. I started underwriting complex environmental risk, including landfill (closure / post closure), oil rig decommissioning, reclamation, and nuclear decommissioning. I got a very diverse exposure as part of the insurance industry, and from there I moved on to catastrophe modeling.” 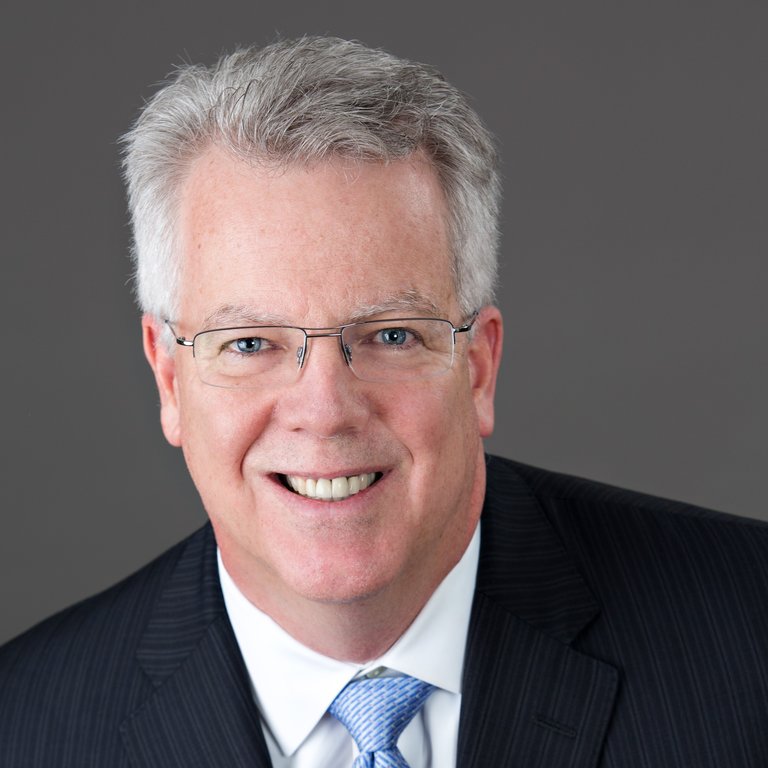 At every step in your career, you’re learning and making changes. Adding skill sets can feel like you’re starting over again, and you may not have the background others have in the field. Know that you’re bringing something different to it thanks to your own background."

Marguerite DeMartino was actually a music major. “I was in the performing arts for a while, but making money was just too hard. I went from public relations to sales to project management. While I was in project management, I became a Six Sigma Master Black Belt. My training covered quality control methodology—data-driven review to limit mistakes in the corporate environment. With this extensive training as an MBB, I was eligible to work in almost any type of industry, whether sales, manufacturing or a service, and be able to improve the general operation of the business. This led me to insurance, specifically reinsurance.” 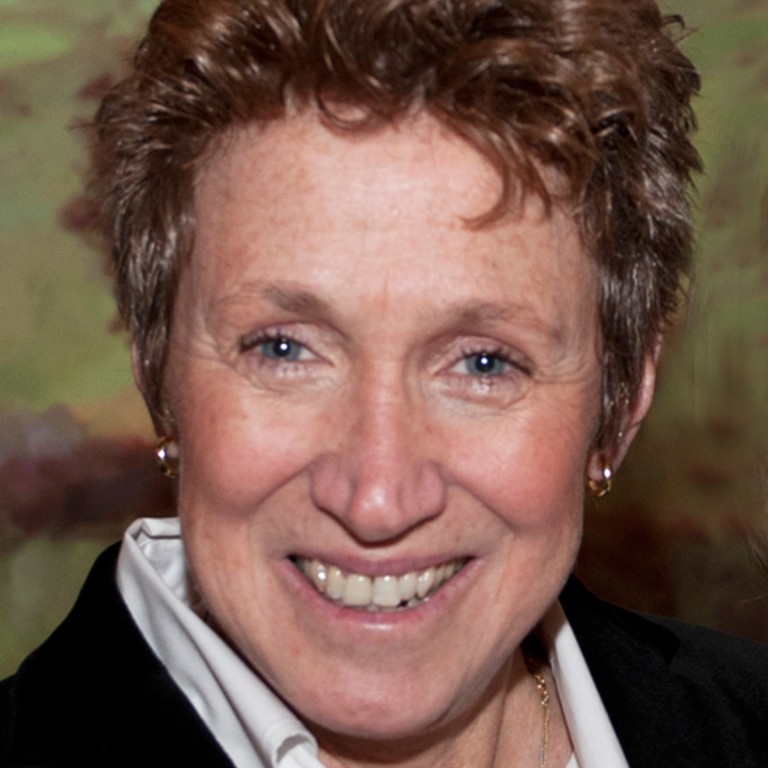 Operations is the backbone of an insurance and reinsurance business. It's key to production getting started, to ensuring that financials flow, and all the other information that keeps your business alive."

Mary Ann Susavidge also did not come from insurance. A civil engineer for quite a number of years, she never thought of insurance until a prior colleague sold her on the idea. “When I got into the insurance industry, I realized that engineering provided insights into the kind of risks we face within a lot of different coverages. It could be property, environmental, general liability—a really wide realm. The diverse backgrounds of all the people on this panel make us legitimate experts in the risks facing the insured space.” 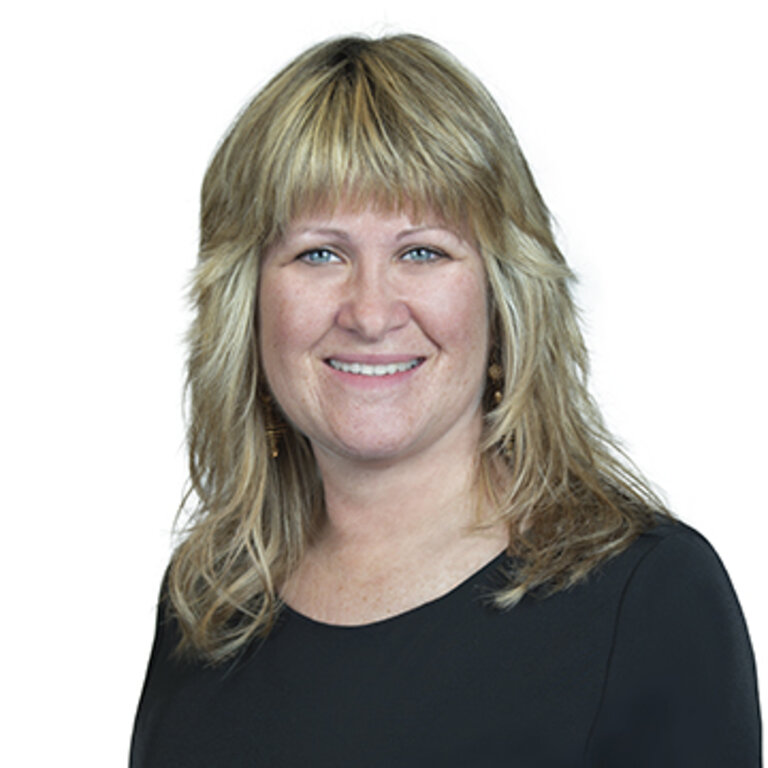 The pace of change in insurance is accelerating. We’ve all talked about pivoting from one industry to insurance, but I don’t think that it’s necessarily a vertical journey. Careers can begin with lateral moves and then you can pivot to areas you may not be familiar with. You can leverage your diverse training to be a success in a new business endeavor."

Nick Weltmann graduated from the Merchant Marine Academy at Kings Point and then became a teacher. “I was pretty good at math, but found that teaching wasn’t a high-paying job, so I started training as an actuary and spent the next three decades finding out what I really wanted to do." 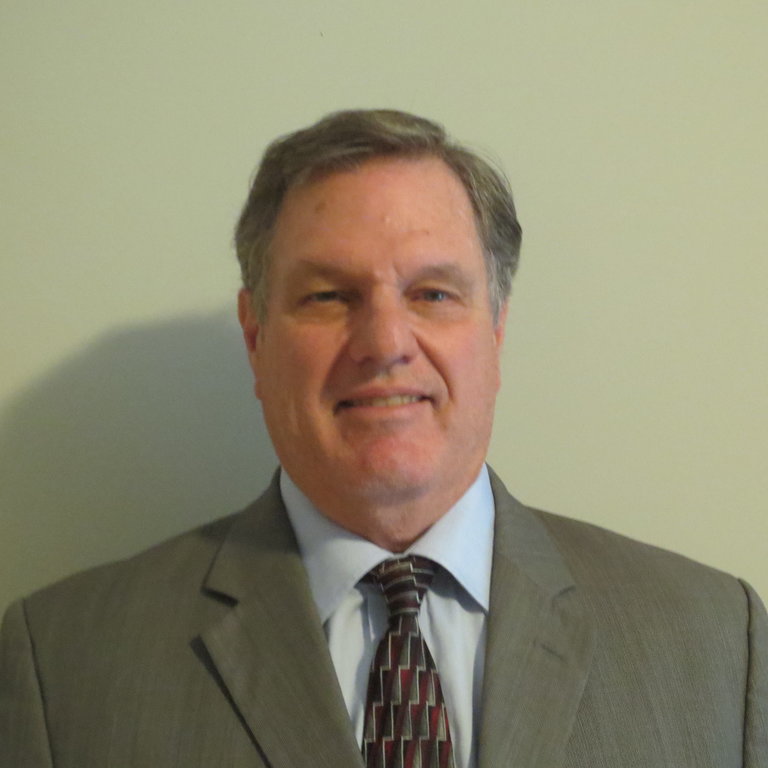 Lecturer; Retired as Global Actuary and Underwriter for Warranty and Special Products, AIG

My training with the Merchant Marine was valuable. On a ship, you have to learn how to go from one point to another, and if anything goes wrong you have to know how to fix it. That practical experience served me tremendously well in insurance, especially when I joined the Marine insurance group."

Rick Woollams started out as a lawyer in a small town. After a few years, the insurance industry began to look like a good option. “When I got there, I found a lot of other lawyers; it’s a common thing in the claims industry, knowing what’s legally required in a contract, for instance. I actually took a course in insurance law. The law teaches you how to think, and this is essential in claim adjudication. As a law professor once said, ‘The law is a web of different experiences, and you never know which of those is going to matter to you later in life.'" 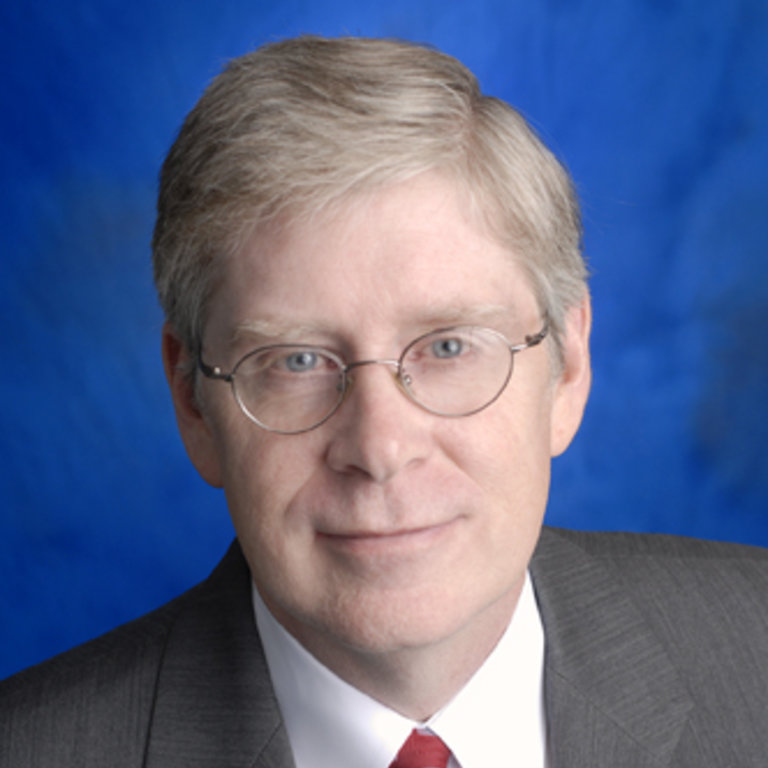 There are lots of different backgrounds that translate well to the insurance field. Some of the best claims people I’ve worked with had liberal arts degrees. Nothing in their backgrounds would lead you to believe that insurance would be their career, and that they’d excel at it. Yet they did because they had the raw material. If you’re smart,  hard-working and tough,  you can be an insurance claims person."

Sandra Bograd started out with a degree in business, accounting and economics, thinking she would go to law school to specialize in multinational taxation. While there, she fell in love with trial work. “I became a prosecutor and went on to a private law firm doing trial work and defending big companies. I was then recruited by AIG and began to help companies build strategies around reputation; the early components of what we now know as ESG (environment, social and government). I moved from my role at AIG to become Chief Compliance Officer at New York Life, where I became responsible for things lawyers don’t deal with much, such as budgets, expenses, managing a team of 80 employees around the world." 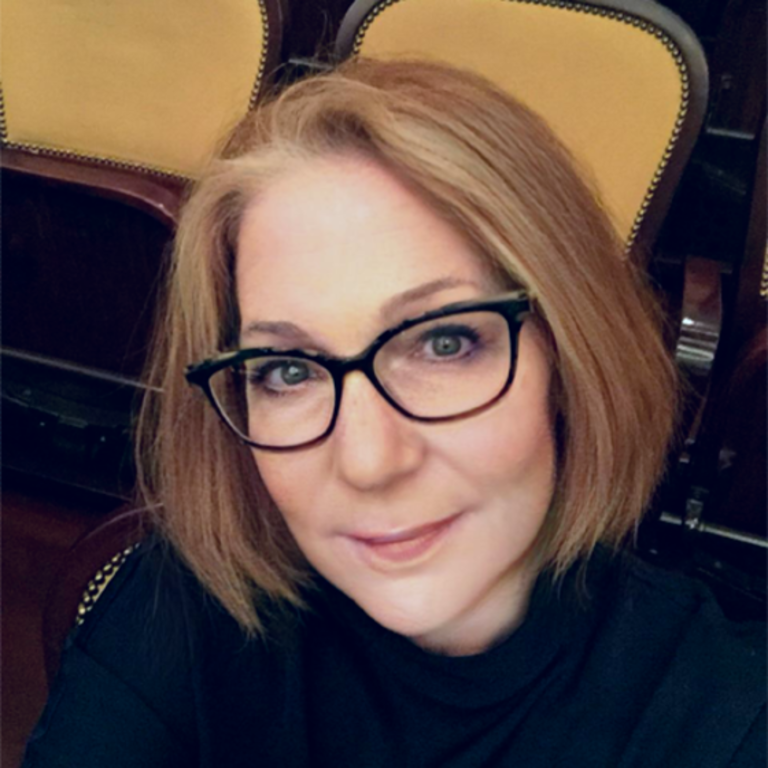 The aim is to provide oversight and ensure that problems get solved before they explode. That led me to the biggest pivot in my career; learning how to use rich data and analytics to gain insights into company, employee, and business behaviors."

Chan asked panelists to address the shortage of talent in the insurance industry. “How can we scale up the pool of smart, enthusiastic professionals, and accelerate diversity among our employee force?”

Alejandro Santovena noted that this is a topic he and his students cover in his Data Technology and AI course. “Although diversity is critical, it’s all about the capacity of the insurers, brokers, and other market players to adapt to the new and future realities, such as artificial intelligence and machine learning.” He added, “When you look at start-ups,” he said, “and the Intel techs that are trying to disrupt the industry, you will find that insurance is an attractive field. In 2020 alone, $7 billion was invested in insurtechs around the world.” 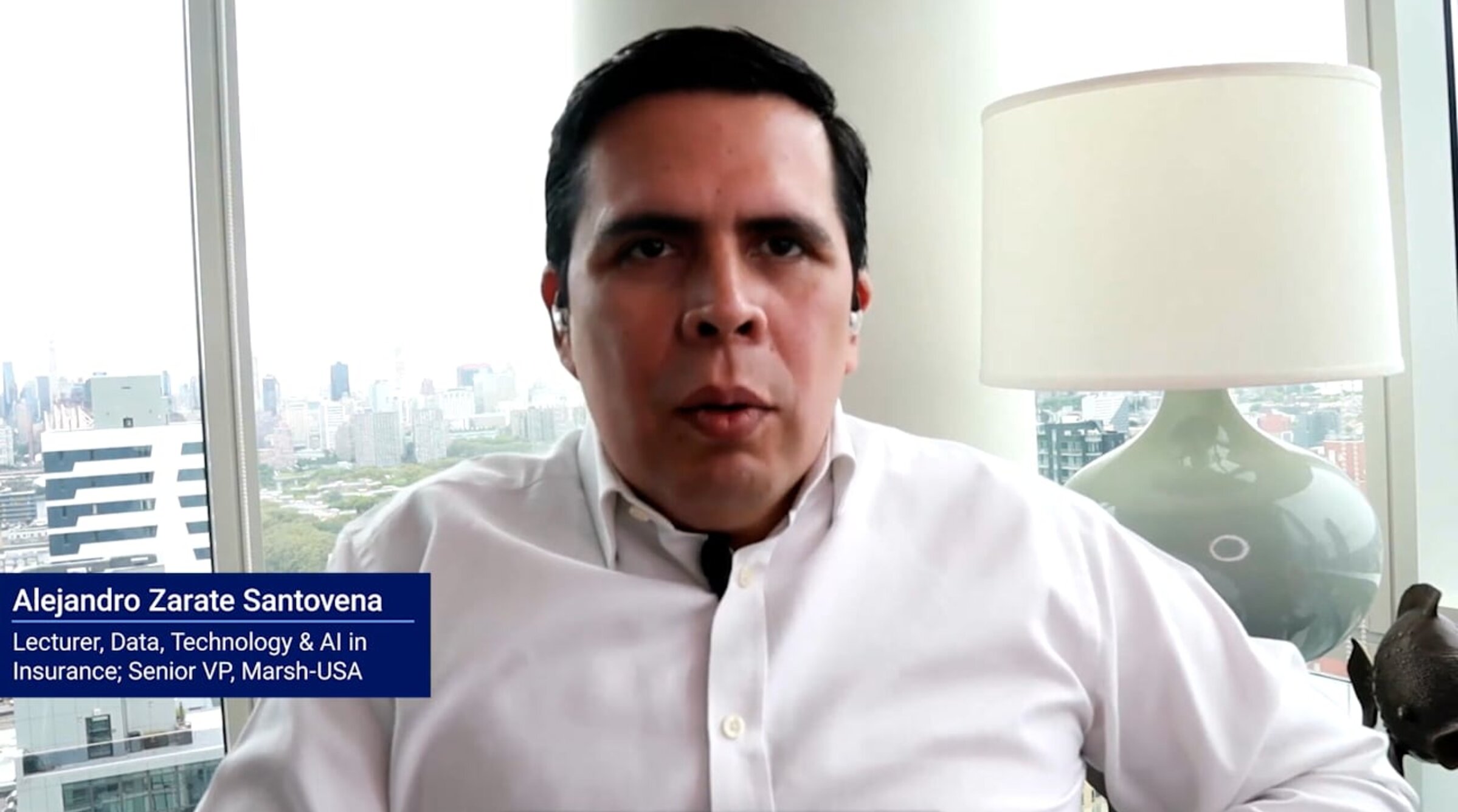 Bob Percopo said, “Today we have people with much higher levels of education, you see many more women in the upper ranks. Diversity is making the insurance industry a more tech- forward, diverse and interesting discipline.” 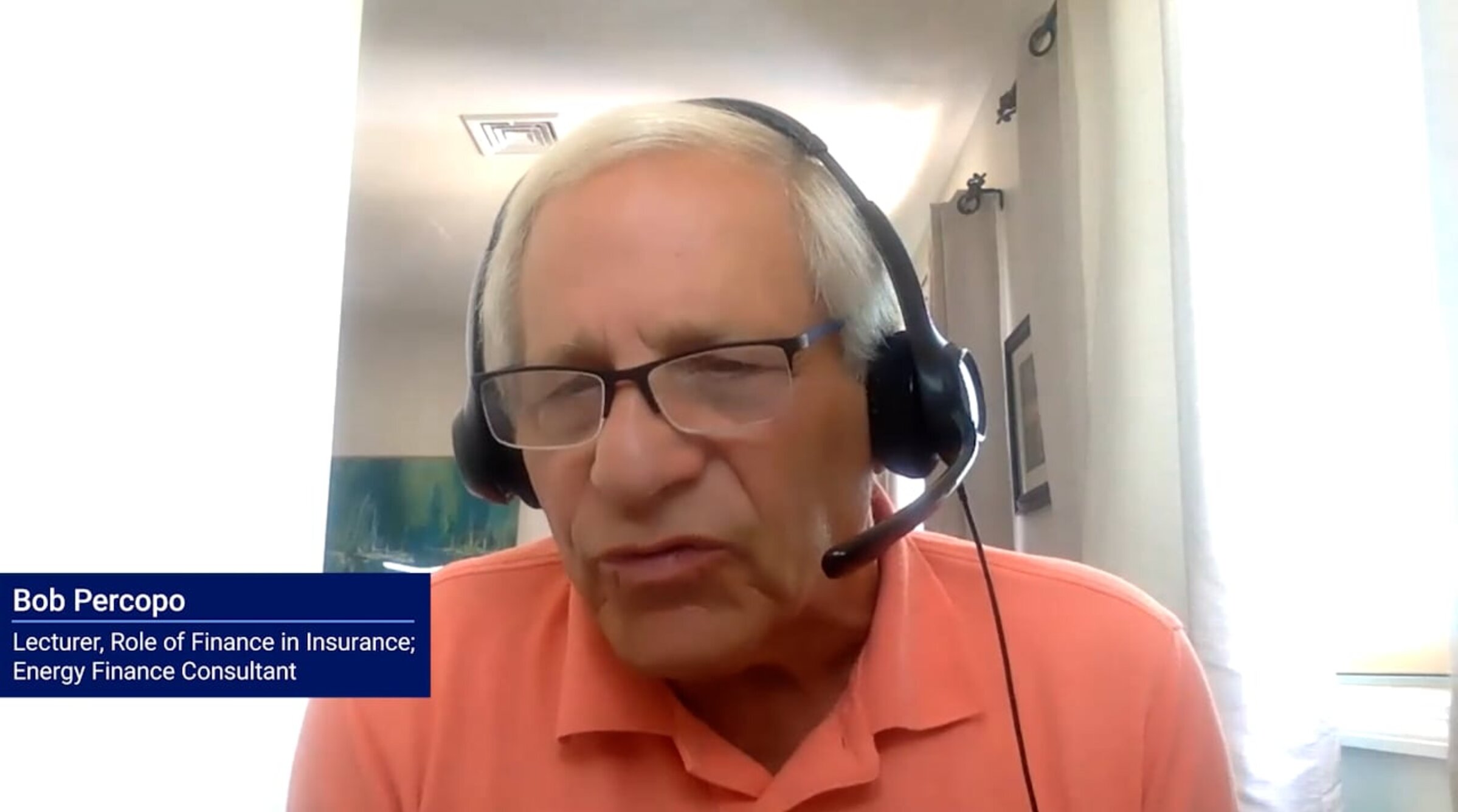 Marguerite DeMartino focused on bringing outside talent into insurance. “The insurance industry is finally seeing the impact of an aging workforce,” she said. “I’ve read that in the next couple of years over 400,000 employees will be retiring from insurance jobs. I think the insurance industry has a lot to offer young people. Why? Because we’re starting to adopt digital transformation, RPA (robot program automation), and AI. Succession planning is needed now so that insurance companies can start to bring in a fresh talent pool.” 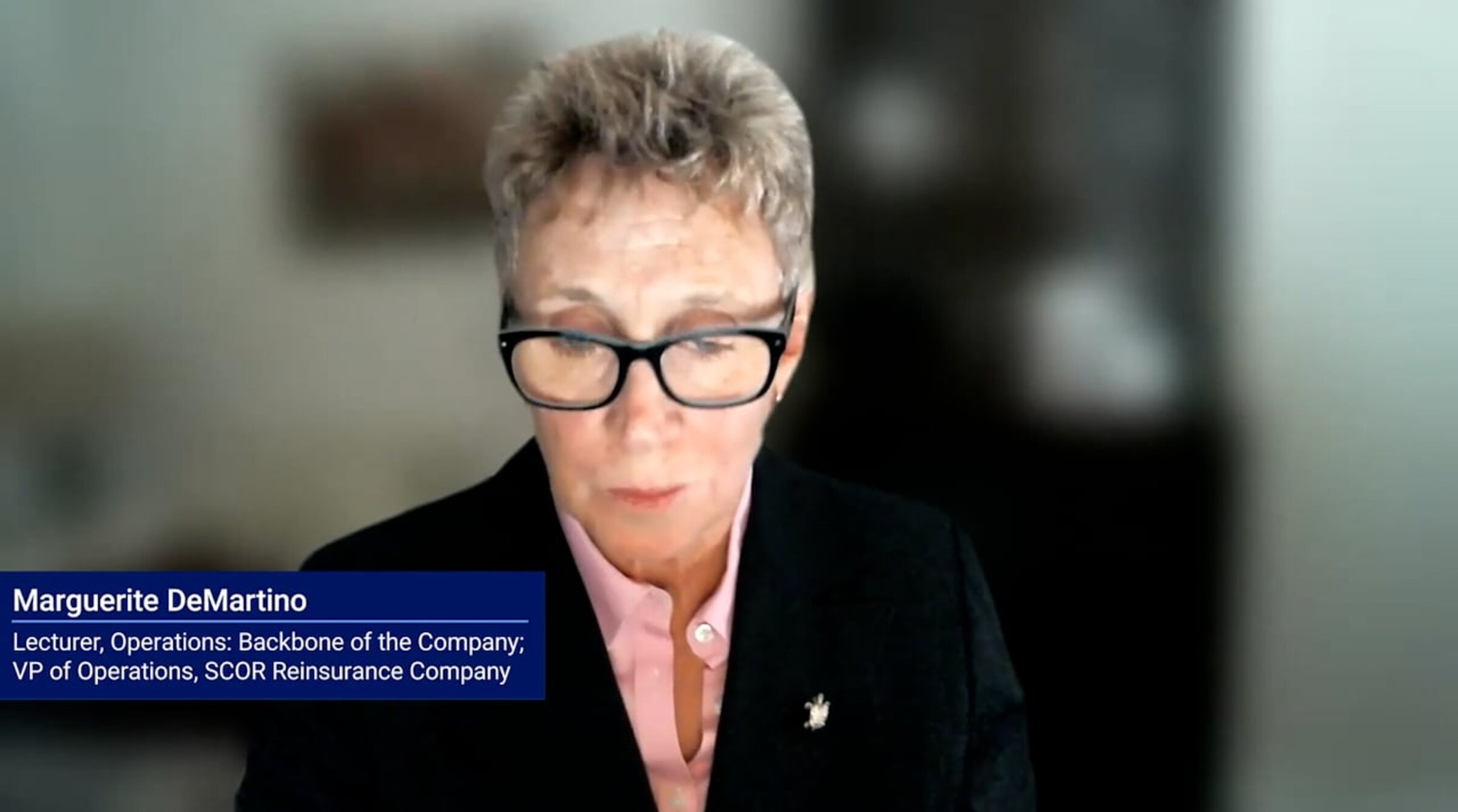 Rick Woollams commented, “I go back to ‘smart, tough, hard-working, and honest.’ We can recruit anywhere for that. Today, with the AI tools for sorting and finding candidates, insurance carriers should be able to do much better pinpointing the right candidates. Relationship skills are critical in claims. You have to be persuasive. Your customer needs to believe that they’ve been heard and respected. I think the younger generation is better at that.” 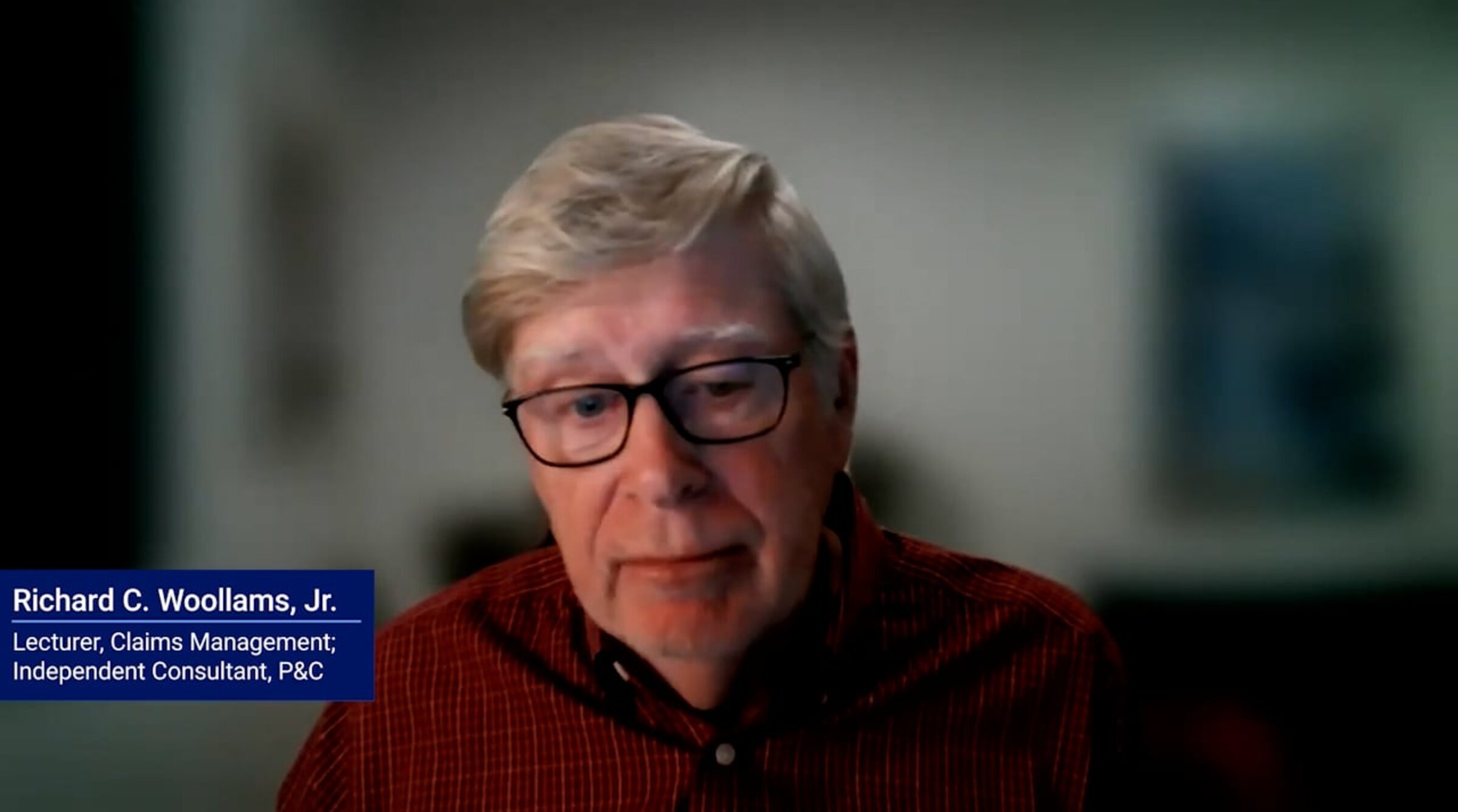 Insurance: From the flip of a coin to a 360-degree view 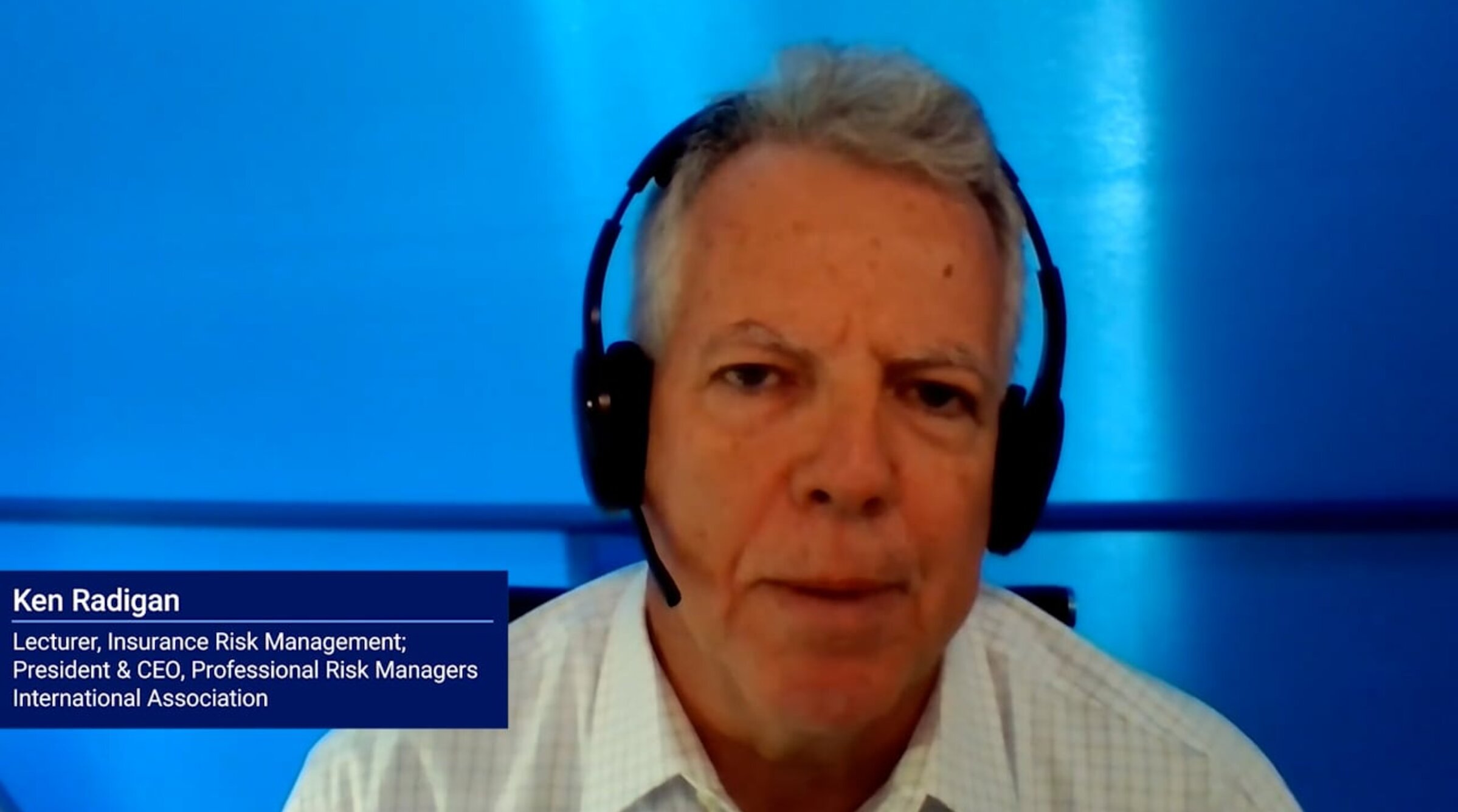 “When we talk about gaining knowledge,” Mary Ann Susavidge said, “the first part is acknowledging what we don’t know. That is where our curiosity and problem-solving kicks in. Having a network is key to answering questions: that can be colleagues, people on platforms such as LinkedIn, or taking one of our courses. We’ve woven the art of conversation into the learning experience. When I think about tools for future risks, data and analytics always come to mind first – it’s turning to the rear-view mirror so that we can be more predictive.” 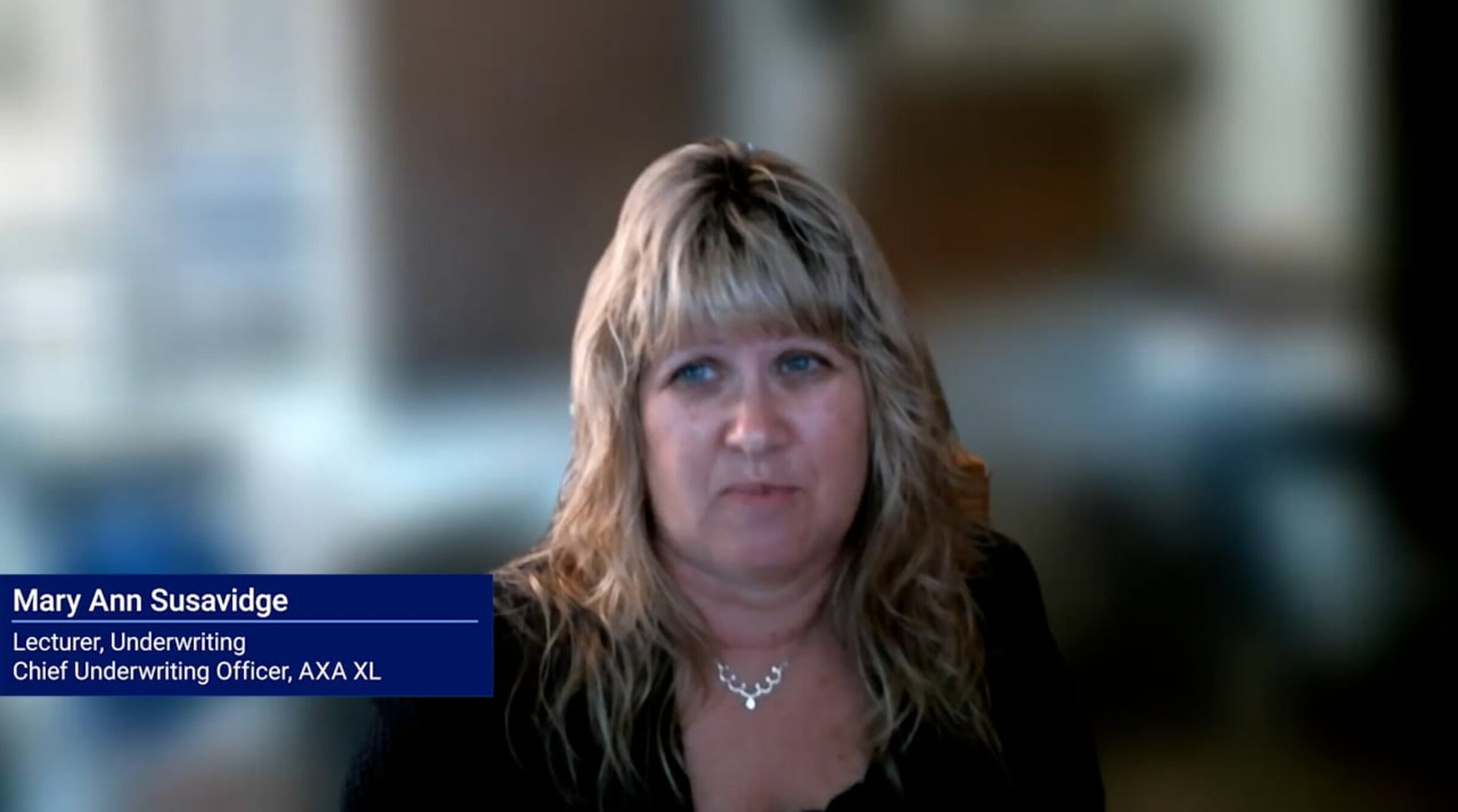 Nick Weltmann spoke about the tremendous opportunity for innovation thanks to modeling technologies. “For instance,” he said, “in a recent class, I asked students to give me 19 risks. One interesting example was in the area of team sports. When I grew up it was all local. Now it’s traveling teams and they’re funded by private groups. There is liability and risk involved with that. There’s cyber insurance, the parametric delay in start-ups, the COVID pandemic and all the disruptions we’ve seen as a result. As the insurance industry reflects the changes in our world, it offers new career opportunities encompassing a wider range of skills.” 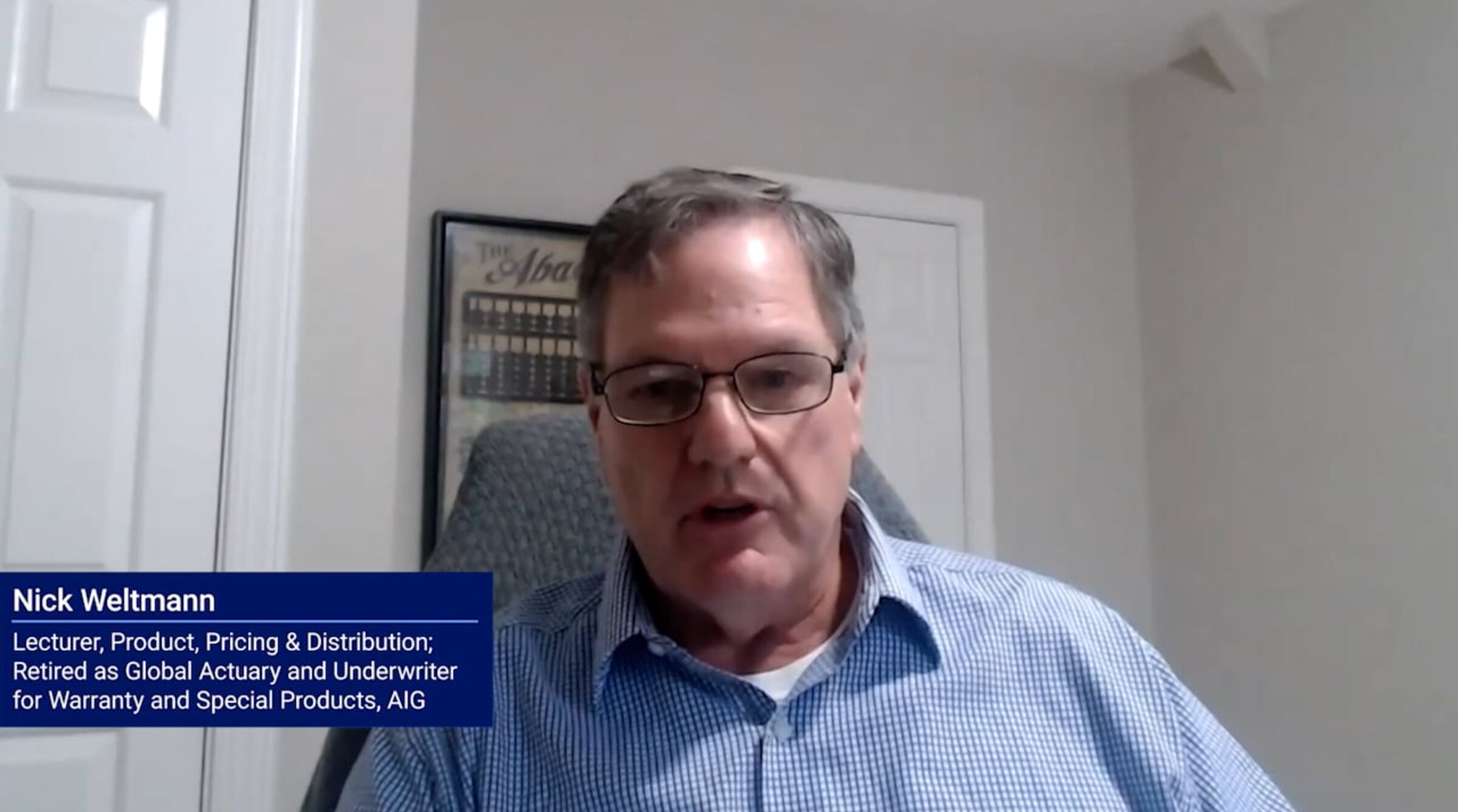 “I want to go back to what Ken said about the coin flip,” remarked Sandra Bograd. “My concern for both insurance companies and the insured is the guy who doesn’t think twice before risking $50,000. We have to consider all the people in our companies – both employees and their clients – who want to take that risk without giving it a lot of analysis. For me, it’s about identifying where those risky behaviors live and putting controls in place. My recommendation? Have a 360-degree view of what’s happening in the world around you." 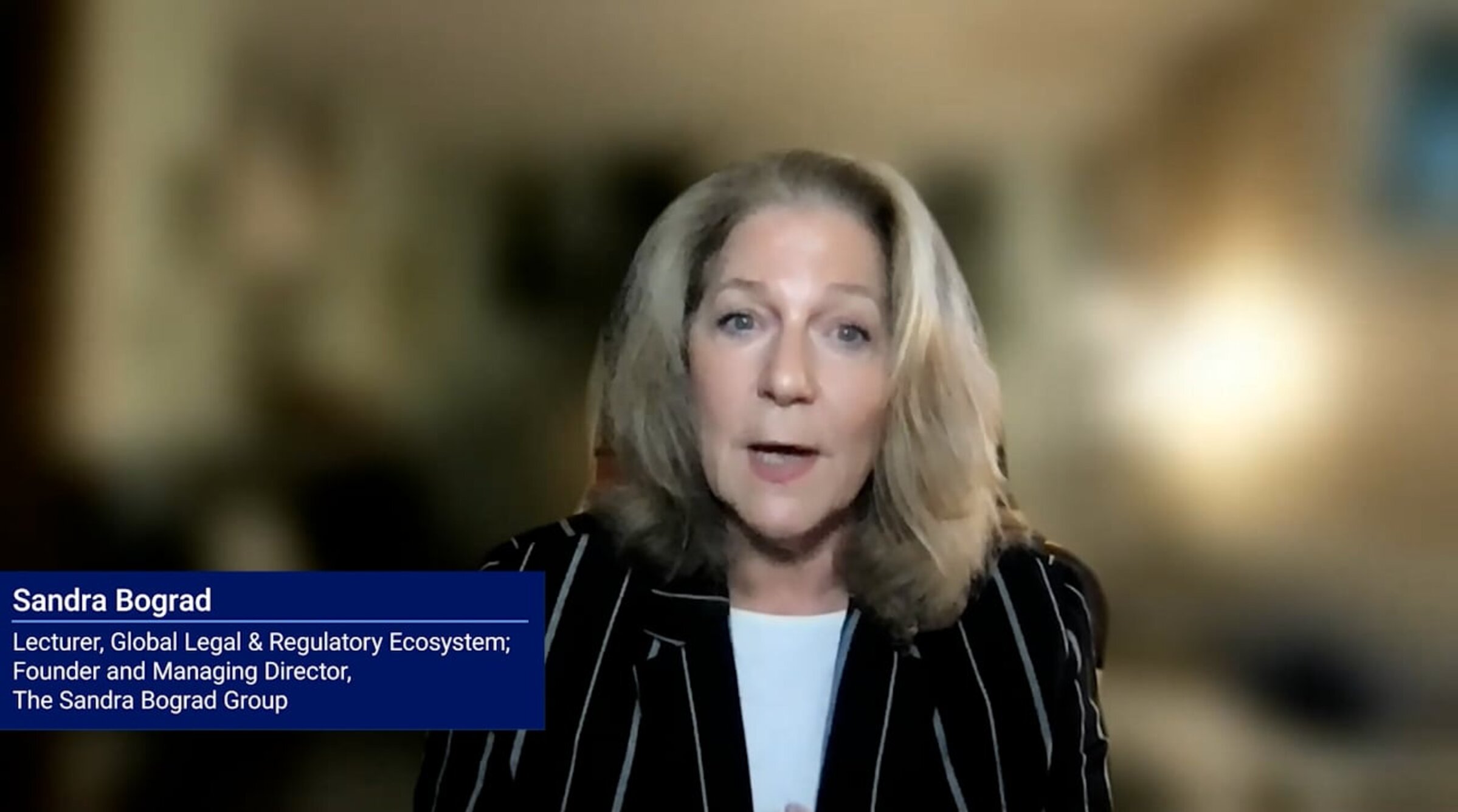 An audience member asked this: What are your thoughts about non-insurance people entering the field? Alejandro Santovena remarked, “I think it’s great. All of our panel members today were at one time not in the insurance business, but in some other line of work. Marguerite was in music, Sandra was a lawyer, and Nick started as a teacher. There is a lot of talent out there as well as drive for disruption. This is bringing fresh ideas to insurance.”

Learn more about the Columbia Master’s program in Insurance Management.