After graduating from college with a double major in math and computer science, Eric Huang was “looking for anything to do with applied mathematics.” His interest led him to discover the Actuarial Science M.S. program at Columbia University. He engaged with a challenging curriculum — “Actuarial Models—it’s definitely more difficult than the exam itself!” he says — and maximized his time outside of the classroom as well, serving as the Vice President of the Actuarial Society of Columbia University and interning at The Hartford, where he accepted a full-time position earlier this year. Huang, who was selected as the 2021 Graduate Marshal for excellence in the Actuarial Science program, spoke about his experience at Columbia and reflected on how it’s shaped his career path. 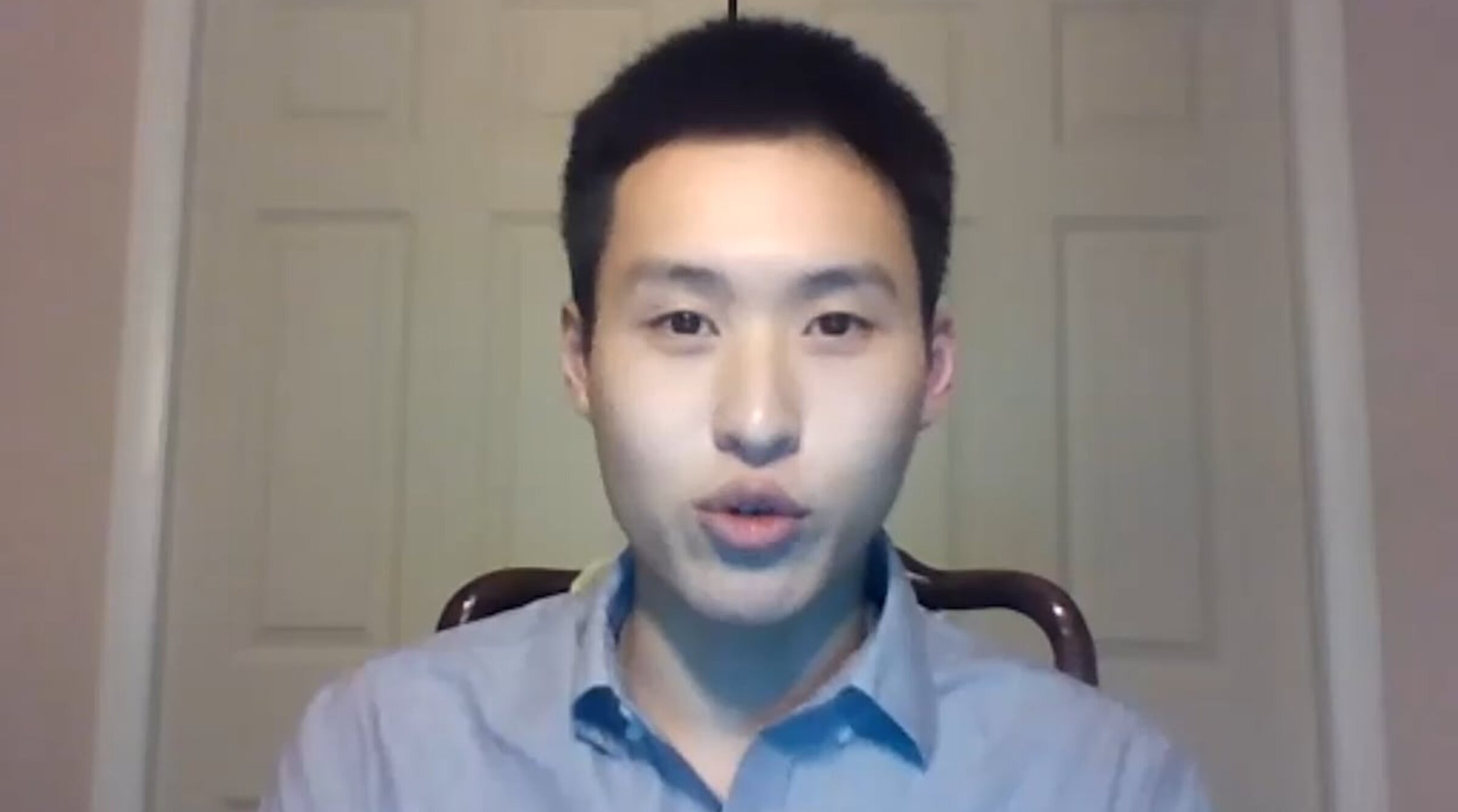 How did you hear about Columbia’s Actuarial Science M.S. program?

I had heard about Actuarial Science in the past from my calculus teacher in high school. I found Columbia’s program, and I was interested because Columbia has name recognition, and I live close by in Westchester, NY. So I thought it would be a wonderful opportunity to be able to live, to go back to the city to study, and to go to a world-renowned institution.

You’ve passed six of the Society of Actuaries (SOA) exams. How did you hear about them, and what made you decide to take them?

One of the wake-up calls for beginning to take the exams was when Vinny Sibilia, the program’s Assistant Director of Administration, sent out an email regarding resumes over the summer. Vinny said taking the exams would lead to internships, and part of the reason I decided on the program was for better job opportunities. Taking the exams definitely helped me a lot, in terms of getting interviews and getting companies interested in what I had to say. I took four exams while I was at Columbia. Now, I have six exams.

What role did this program play in tackling the SOA exams?

I’m proud to report that I passed the Long-Term Actuarial Mathematics exam (Exam LTAM) just earlier this year! There are a lot of core courses that are tied to the exams. For example, Actuarial Models—it’s definitely more difficult than the exam itself! I’m currently studying to take the Predictive Analytics exam (Exam PA) in June and Dr. Lina Xu’s Predictive Modeling course continues to help me in that process. Actuarial Methods, another class I took, I know will help a lot with long-term actuarial mathematics on an exam that I have not taken yet.

In what ways did the program challenge you that you weren’t expecting?

The courses are much more difficult than the exams. So you over prepare for the exams, so to speak. The one thing I really liked about the program is that you can take a lot of electives, whether in the program or outside, and I was definitely able to challenge myself by being around other students from other departments, who are also incredibly smart people, and that helped me learn a lot more.

What have you gained from the proseminars?

What I’ve gained from proseminars definitely changed from between my three semesters in the program. I think one thing Lina really emphasized during my first week was how the proseminars can definitely lead to more networking opportunities, letting you meet more people in the industry, whether they’re leaders or entry-level analysts. You get to meet a lot of these actuaries, and throw your name out there. I think that was something I definitely tried to take advantage of during my first semester. Later on, after I got an internship, after I was secure in my role, I began to treat proseminars not just as a networking opportunity, but also as a place to learn more about the industry. I think a lot of actuaries who come to proseminars, especially ones that have been here for a while, like to present things that you won’t find anywhere else. That was really cool, and it was something I only enjoyed after I got my internship.

All News
Alumni, Impacts and Insights, In the Community

Narrative Medicine Ignites Creativity for Students in Careers beyond Healthcare

Narrative Medicine faculty and alumni reflect on how the program's courses cultivated their interests and shaped their careers.

He discusses his background in tech from Kaplan to Major League Hacking to Adobe to Google.