Many agree that removing carbon dioxide from the atmosphere is an environmental imperative. New technologies such as carbon capture and storage as well as geothermal energy offer a way forward. But how can industry be incentivized to foot the bill? What role does public policy play in the R&D needed to support innovation? And, as the building and construction sectors struggle with creating sustainable environments, how do we combine the power of automation technologies with data and infrastructure planning to lower energy consumption, manage costs and foster sustainable practices?

As part of the Frame Your Future event series, faculty and alumni of Columbia University’s Construction Administration, Sustainability Management, and Sustainability Science master’s programs convened for Building Blocks for Sustainability on March 8th to discuss economic incentives and ways in which construction, energy, and technology are paving the way for a more sustainable and affordable future.

Our technological capability around reducing carbon emissions is rapidly advancing. Alongside the science is a creative new approach to economics that incentivizes the end user. Increasingly, new technologies that make good environmental sense are also making good business sense.

1. Capturing and storing CO2—from the air to the land to the oceans

David S. Goldberg, Ph.D. Sustainability Science Lecturer and Lamond Research Professor in Marine Geology & Geophysics, addressed a basic issue: if we remove CO2 from the atmosphere, where do we put it? He offered a new option: the ocean. “Globally,” he said, “we emit a lot of CO2 throughout many industrial sectors. In fact, we’re closing in on 40 tons a year, which is unsustainable.”

“We’re looking to capture some of that CO2 and put it away,” he added. “One of the technologies that we’re focusing on is called Carbon Capture & Storage. The typical way that’s done is geological; in other words, it’s injected into rock where it can be securely stored for a long time. We’ve been doing this for decades. The need now is to scale the technology to very large numbers. Today, we’re putting away nearly 40 million tons, but we have a 40 billion-ton problem. I believe the oceans are a good part of the solution. There’s a lot of space, a lot of relevant geology in the oceans that might turn the CO2 into a solid form, such as carbon dioxide into carbonate (limestone). Most importantly, that technology happens away from people and their things. We can do this safely and securely at a large scale.”

The problem with such a solution is that it’s more expensive to store CO2 in the ocean than it is to do so on land. One way around that is through tax incentives. Goldberg remarked, “There are incentives for this technology, particularly in the US, where CO2 tax credits are close to $50/ton. And that’s a good thing. We’re moving toward a solution that will incentivize businesses and operators to capture CO2 and put it away.” 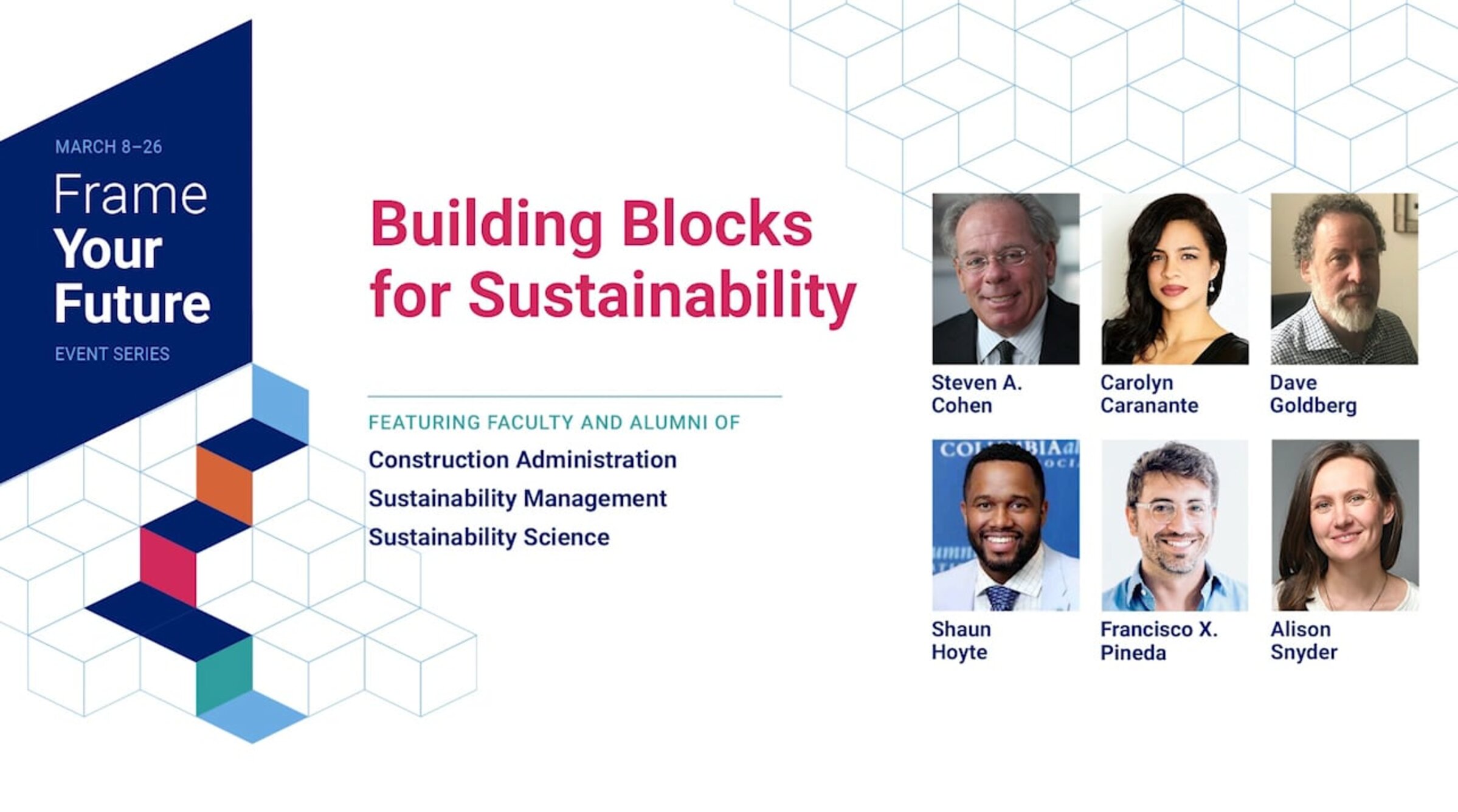 Shaun Hoyte, '16SPS, Sustainability Management, has more than a decade of experience in the energy and utilities sector. Currently, he is the Program Manager for ConEdison, concentrating on small to midsize businesses.

“I’m at the where-the-rubber-meets-the-road place,” he remarked. “We provide incentives for all customer types and market segments. This can be anything from bodegas to coffee shops to fitness centers and offices. These are the foundations of New York City’s economy.”

“We help them afford HVAC and lighting upgrades as well as refrigeration—all the low-hanging fruit,” he said. “We also have gas incentives. We offer a turnkey solution where the customer doesn’t have the time or wherewithal to seek out the incentives we provide. This can include a complete energy assessment all the way through to installation.”

“During COVID,” he added, “we’ve made these incentives available to customers that need it the most. Removing carbon from the atmosphere is important. Our aim is to make these reductions on the customer side of the value chain. On average, one kilowatt hour reduces a little bit more than one pound of carbon dioxide. Since our programs have been in place at ConEdison since 2009, more than one million customers have upgraded to energy-efficiency equipment, saving more than seven million metric tons of carbon emissions. Our energy efficiency goals are going up, so what we’re doing helps David with his carbon capture because now he’s going to have to capture less.”

“Quick story,” he continued, “when I told people I worked for Con Edison, the first question anybody asked was ‘can you save me money?’ Now that I work on the clean energy side of the business, I’m happy when people ask me that question, because of the incentives we provide. I can now give them a laundry list of solutions for saving money. The Sustainability Management Program taught me how to build a business case. Not everybody cares about sustainability or believes in climate change, but everybody cares about reducing cost.”

3. The role of public policy—infrastructure investment 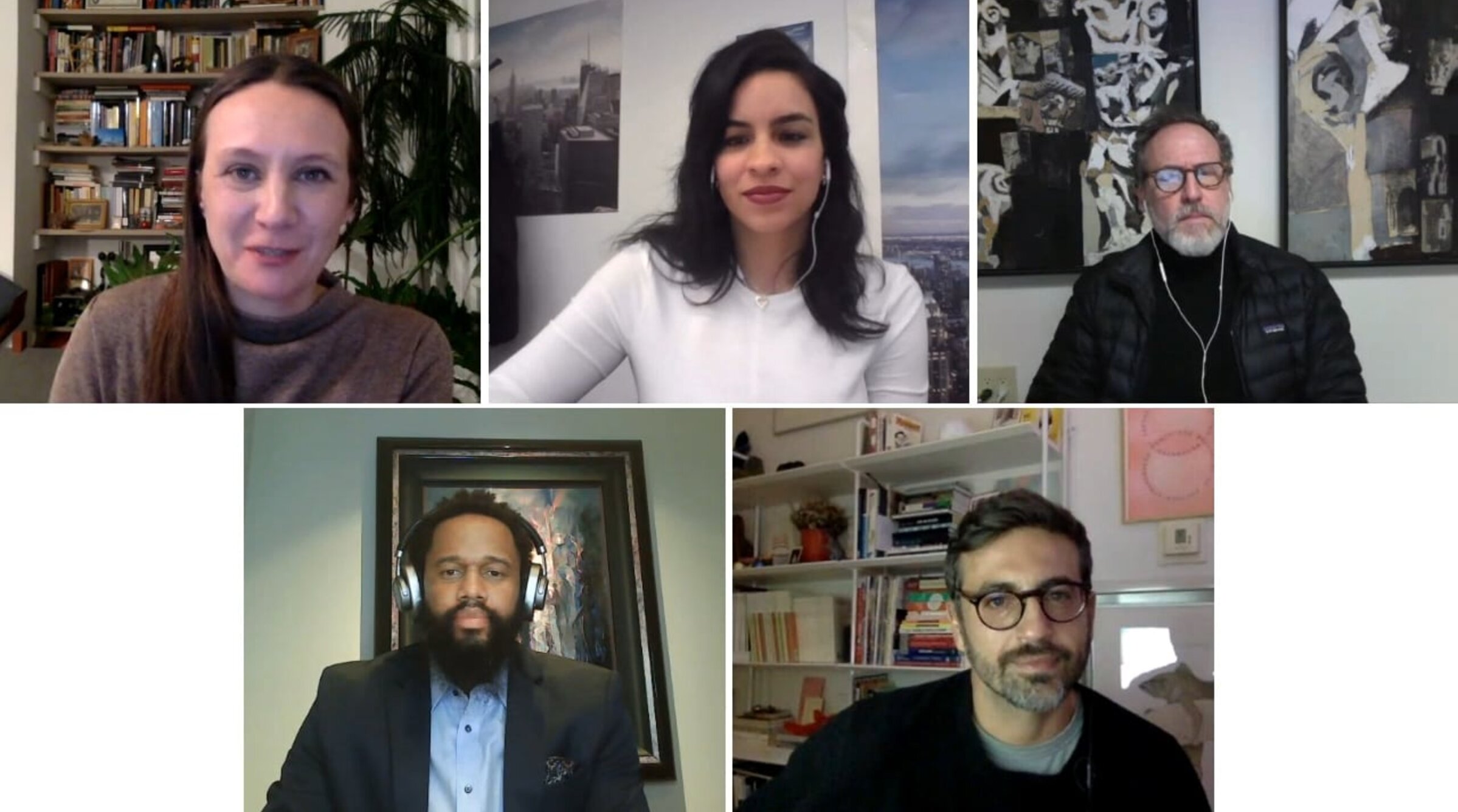 Francisco X. Pineda, FRICS, M.B.A., M.P.A., Program Director and Lecturer for the M.S. in Construction Administration program, served on the Biden Infrastructure Policy Committee. The goal was to become a Net Zero Carbon Emitter by 2050 by integrating private and public investments, while stimulating jobs. He outlined the plan’s three main themes:

“We’ll have challenges,” said Pineda, “because our system of government is not centrally planned, and 75% of infrastructure planning is the domain of the state. They have significant input on spending. Both the national and state-level infrastructure policies currently on the table include monies for green energy and affordable housing. This is hopeful, and we expect to see progress by Q4 2021.”

The role of technology in achieving sustainability cannot be underestimated. Carolyn Caranante, Ph.D., Lecturer for the Construction Administration M.S. program and Product Manager at Tishman Construction,, spoke about an intriguing new development, geothermal energy. “In my world of the building trades,” she said, “we also grapple with incentivizing and introducing new technologies.”

“In NYC, we’re seeing a shift in the ways that we can save energy,” she said. “One example is a location in midtown where they’re using a geothermal system to transfer heat into the building—this wasn’t even viable ten or fifteen years ago, due to costs. Now, we’re seeing acceptance and even desire for new technologies for both private and government-funded projects.”

David Goldberg, Ph.D. agreed, “Geothermal is a huge step forward. You don’t have to go very deep to get to a fairly stable temperature, and you can recycle the water so it cools in the summer and heats in the winter.”

“By the way, the entire city of Reykjavik, Iceland,” he continued, “is heated and powered by using geothermal energy. It comes from just two plants outside of the city, and they see very low costs for electricity and low carbon emissions.”

5. Getting it Right for the Fourth Industrial Revolution

When asked about what organizations, municipalities, and states can expect going forward, panelists agreed, it’s an uphill climb, but progress will take time.

“We’re seeing a rise in UVC lighting for HVAC equipment in manufacturing. It worked like a disinfectant against COVID. One thing we can’t overlook as we launch this fourth industrial revolution of IOT, AI, and automation technologies—we can’t make the same mistakes we made in the past. Information is coming out that is truly helpful. As for convincing nonbelievers, we need to create a business case, as mentioned earlier, that makes it attractive enough for them to move forward,” said Shaun Hoyte.

Carolyn Caranante added, “Big stadiums and public forums are the most unsustainable uses, even on a personal level. Think about all the times during the day when people take a disposable cup for water and then toss it. Can that behavior be improved? Who knows? Perhaps when we build new stadiums, there will be opportunities to introduce sustainable ideas.”

David Goldberg, Ph.D. warned of returning to pre-COVID traditions. “Some research shows that during COVID, emissions have reduced,” he said. “The reduction of long-haul plane flights, which is a major source of hard-to-reduce CO2 in the atmosphere. So, returning to that lifestyle is problematic. Frankly, I’d just as soon do a Zoom call.”

Francisco X. Pineda summed up the situation: “Remember,” he added, “we have a country where 20% of people do not believe in climate change. There are groups trying to obstruct advances. Those who predict major changes in five years are looking at a very small window. I am hopeful that in twenty years, we might see some progress. We’re on the right path. Research is helping, as is technology. Also, surfacing this topic and making it part of our ethic is critical.”

All News
Impacts and Insights

Sr. Assoc. Dean Rosen leads interactive exercises to assist students in shaping perceptions about who they are and what they do.

The event was the first in the 2022 Summer Session’s Career Design Workshop series for visiting students.