The world we live in would seem like a fantasy to my grandparents and their parents: jet travel, climate control, the internet, FaceTime, Zoom, streaming video, search engines, and electric vehicles, just to mention a few of the obvious life-altering technologies. The comforts we take for granted were not even imagined a century ago by most people. The way we live in the developed world of the 21st century would seem like a dream. My grandfather, Ben Cohen, was born in Russia, and when he immigrated to America, he became a baker. To him, work was literally about bread and cash. He brought both home to his family, and that was the purpose of working as a baker. Creativity, innovation, learning, communication, institution-building, and self-actualization—the elements of my work life that motivate me—were not part of his world. He worked to support his family and found spiritual fulfillment in family life, friendships, and synagogue. The nature of work, the purpose of work, and the balance between work and the rest of life have been transformed over the 19th, 20th, and 21st centuries by a steady stream of new technologies. Many of these technologies have brought incredible benefits, but all have brought with them substantial costs. The central issue of our time is understanding and mitigating those costs when we can and adapting to them when we cannot.

Technology has transformed economic life; a growing number of people work in the service economy and are not involved in manufacturing food, clothing, or shelter—the activities that once dominated economic life. We have transitioned from manual labor to a brain-based economy. Some workers in the service economy hold jobs that involve interaction with customers and clients such as health care professionals, educators, and people who serve and deliver food, but a growing number perform support, creative, analytic, or managerial functions that can be successfully undertaken at home or just about anywhere. That was a key lesson of the COVID pandemic. The internet, the cloud, and cell phone technology, along with low-cost information and computing technology, have made it possible for work to be separated from the workplace. That brings the benefits of flexibility when a worker is responsible for caring for family members. It brings the benefits of lower commuting costs and times. But it brings costs in organizational management and in separating work life from home life. When you work from home, you never leave work, and work never leaves you.

Technologies also cause harm due to their misuse or because of their tendency to expose people to risk. For example, for many years, automobile accidents were the leading cause of childhood deaths in the United States. Recently auto-related deaths were replaced by gun-related deaths as the leading cause of childhood death. As Dustin Jones reported last April on NPR’s website:

“For decades, auto accidents have been the leading cause of death among children, but in 2020 guns were the No. 1 cause, researchers say. Overall firearm-related deaths increased 13.5% between 2019 and 2020, but such fatalities for those 1 to 19 years old jumped nearly 30%, according to a research letter in New England Journal of Medicine. Researchers analyzed data collected by the Centers for Disease Control and Prevention showing that there were a record 45,222 firearm-related deaths in the U.S. in 2020. Patrick Carter, one of the authors of the research letter and co-director of the University of Michigan’s Institute for Firearm Injury Prevention, said about 10% of those deaths—4,357 in total—were children… motor vehicle crashes were the leading cause of child deaths for more than 60 years. But over time, cars have become safer and driver education has improved.”

Transportation technologies provide the benefits of greater mobility, enabling enhanced social interactions and exposure to places and experiences, but bring with it risk as well. Gun technologies provide the perception and possibly the reality of greater safety from danger but can result in accidents that harm people. I am not using these examples to attack auto use or gun use but to simply acknowledge the costs that technologies bring. The automobile example is useful because we have spent the 57 years since Ralph Nader wrote Unsafe at Any Speed in 1965 working with considerable success to make motor vehicle travel less risky. Seat belts, airbags, reinforced passenger cabins, and other technologies have been deployed to mitigate and adapt to the risk of auto technologies. Driver safety training and education have also advanced. Roads have been designed to reduce accidents. Nader and others fought the auto companies for years, but in the end, these companies learned that auto safety was good for business and the reduction of risk was a feature of cars that attracted customers. In short, dealing with the costs of technologies could create new products and new opportunities. Perhaps the issue of gun safety, which seems to be replacing the issue of gun control, can result in products and services that might reduce gun accidents and even reduce the number of mass murders that utilize automatic weapons.

New technologies bring benefits to social, cultural, and economic life, but they also bring costs. These costs need to be taken seriously and understood. COVID-19 impacted the world as a byproduct of air travel and the presence of a global economy. It has caused great pain and harm but has also resulted in new vaccines, testing, and treatment technologies. It has also resulted in the rediscovery of some basic public health practices such as testing, tracing, isolation, and masking. The process of learning about this virus and addressing its impact became an ideological political issue. Science and scientists came under attack; the same phenomenon we’ve seen with tobacco and climate change. We are happy to enjoy the benefits of new technologies but attack the scientists attempting to understand and address the costs.

New technologies can both protect and harm the planet’s ecosystems and resources. Power plants can pollute the air, but stack scrubbers can reduce that pollution. Catalytic converters reduce air pollution from internal combustion engines. Electric vehicles don’t need catalytic converters, and solar cells do not need stack scrubbers; the evolution of technology introduces different benefits and costs. Current renewable energy and battery technologies result in toxic wastes. Perhaps the next generation of these technologies will reduce those environmental costs. Typically, the most effective way of dealing with the costs of technology is to develop new technology to address those costs. The spread of COVID on ships and jets is a byproduct of the technologies that built the global economy; vaccines and treatment processes have been developed to address this unintended consequence of globalization. We are on a technological merry-go-round, and it is unrealistic to think we are ever getting off. Our lifestyle depends on these technologies, and it is too late to simplify our life and get back to the land. There are too many people and too little land for that to work.

The solution is to be more sophisticated about the use of technology and the need to address the costs brought by technology’s benefits. As we build this technological world, we need to concentrate most of the public in cities to leave the wild and unspoiled places for posterity and those economic functions that can operate in rural areas without destroying them. Encourage the “John Duttons” of the world and their families to continue to ranch on Yellowstone. Every piece of private property does not need to become developed for its highest economic return. Preserve the national parks for our grandchildren. Build sustainable cities with parks and outdoor spaces for the daily lives of most people. And get ideology out of the process of ensuring that our technologies are placed under control and our planet is environmentally sustainable.

The Sustainability Management application deadline for the fall 2023 is May 15, 2023. Learn more here. 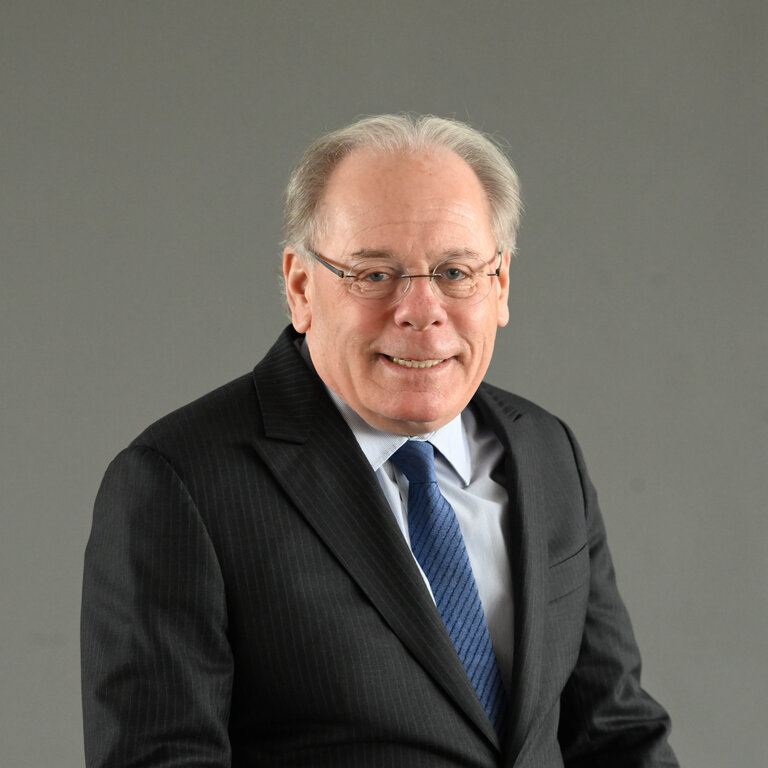