Lots of academic programs based in New York City can boast about the educational benefits of being located in a world capital of culture and commerce. But few can claim to connect more directly with the courage and ambition that drives aspiring New Yorkers than the American Language Program (ALP) at Columbia University.

Known to many as “The Compassionate Pugilist,” Yoshikawa is a former boxer turned coach, author, documentarian and peace educator. Like so many dreamers and strivers from around the world who have come to ALP since it was founded in 1911, he arrived in New York City from his native Japan in 1983 determined to learn the skills to express who and what he wanted to be. For Yoshikawa, ALP provided a formative experience in a remarkable life dedicated to personal empowerment and social justice.

“My journey of learning started from ALP,” he said. “It has helped me tremendously. Indescribably. I can’t imagine myself without it.”

Growing Up A Fighter

Growing up in the 1960s and ‘70s, at odds with a culture he found rigid and stifling, Yoshikawa fell deeply in love with the movies, from French and Italian realism to American classics like Shane, 12 Angry Men, Serpico and Rocky. He saw kindred spirits in those alienated heroes who bucked the system and fought for justice.

“All the characters in the films were alone and seemed hopeless,” he recalls. “But they told me never to give up. They all gave me the courage to be a fighter.”

While attending university in Tokyo, where he earned a degree in French literature, Yoshikawa began training at the renowned Kyoei Boxing Gym. In 1983, he struck out for the city of his cinematic dreams, where he could learn the “universal language” of English and “be a member of the universe we live in.”

“I chose New York because it was the furthest place from Tokyo, and I knew nobody there,” he said. “It was a continuation of my samurai’s training journey. You must be totally alone.”

Making His Way to the ALP

While living in a $72-per-week room at the West Side YMCA, Yoshikawa enrolled in the ALP and immersed himself in the life of the city. He recounted going to Yankees and Mets games with classmates, seeing the great Muhammed Ali while attending fights at Madison Square Garden, and marveling at the diversity all around him. He recalls a research project on Martin Luther King Jr.  and group assignments such as one in which he and his fellow students interviewed police officers on the subject of police brutality.

What most impressed Yoshikawa about ALP was the kindness and collegiality of the teachers, whose capacity to encourage and inspire their students bore little resemblance to the “tyrannical” instructors of his youth. In Japan, he jokes, “they don’t have teachers—only tortures!

A language isn’t just a language—it’s like a bicycle that you must ride on to go all over the world. Never doubt that you can change the world."

After returning to Japan in 1984, Yoshikawa became a successful coach at the Ohkawa Boxing Gym, with national and world championships to his credit, and a well-known proponent of the character-building benefits of the Sweet Science. In 2001, he created Peacemakers, Japan’s first citizen-led neighborhood safety group.

Connections for a Lifetime of Peacemaking Work

All the while he remained in contact with fellow students and faculty, including ALP Associate Director Dr. Shelley Saltzman and Senior Lecturer Dr. Frances Boyd. He visited with Dr. Boyd, on a return trip to New York in 1990, and Dr. Saltzman, when she came to Tokyo for the opening of a Japan extension of ALP. And when the September 11 attacks spurred Yoshikawa to catch the next available flight to NYC in order to help with rescue and recovery efforts, it was Dr. Saltzman who put him up.

While he was back in New York, Yoshikawa struck up a friendship with the actor Eli Wallach, which he says was only possible thanks to the English skills he acquired at ALP. “Eli really inspired me to write books, make movies and speak up louder about ethics,” he said.

After he published an account of his post-9/11 experience in Japan’s Asahi newspaper, Yoshikawa began to receive invitations to speak at schools, company meetings, and public events. Peacemakers, which went on to inspire communities across Japan, earned a national award in 2004 and led to his first book, Boxer Defends Neighborhood, the following year. He estimates that he’s given some 800 public speeches in Japan, the U.S., Canada, and Europe. “It’s a surprise because I couldn’t speak in public until then, at the age of 41,” he says.

Using His Platform To Tell the Story of the Underdog

Over the past two decades, Yoshikawa has used his boxing career as a platform for telling the kinds of stories about underdogs and seekers of justice he loved from his favorite movies. In 2011, he published his second book, Never Been Knocked Out. His 2013 documentary, Rumble in the Jungle, spotlights the lives of young Filipino boxers and has helped to raise money for their families. Since moving to British Columbia, in 2014, he has started boxing classes for women, taught boxing to seniors living with Parkinson’s Disease, appeared in charity bouts, and produced numerous motivational videos.

Reflecting on his ALP experience, Yoshikawa likens the power of language to a vehicle for exploration and self-discovery and credits the program with inspiring a lifelong journey.

“A language isn’t just a language—it’s like a bicycle that you must ride on to go all over the world,” he says. “Never doubt that you can change the world.” 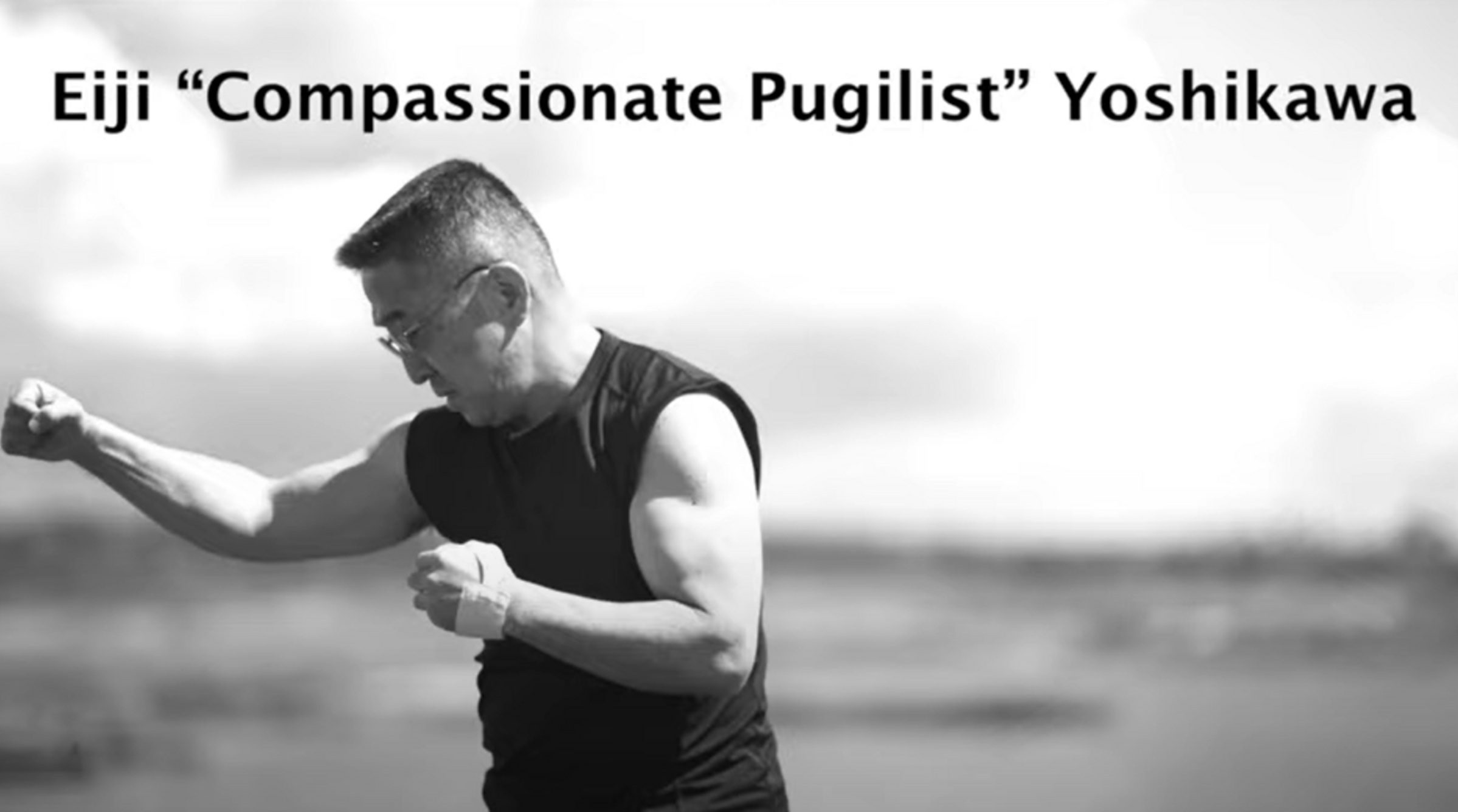 Learn more about the American Language Program at Columbia University, one of the oldest and most respected English language programs in the U.S. Programs are offered both full-time and part-time to accommodate all kinds of students.

Learn English on campus at an Ivy League university at one of the oldest, most respected English language programs in the U.S.

"Actuarial Models [was] definitely more difficult than the exam itself," says Eric, now an Actuarial Analyst at The Hartford.

Palisoul will serve as Special Assistant to the Under Secretary of Defense for Personnel and Readiness at the Pentagon.