Columbia will continue to require the wearing of non-cloth masks in instructional spaces for Summer sessions. Please ensure you have a green pass on the ReopenCU app. Learn more.
Close alert
Wednesday
2021
when
6:00 pm–7:00 pm EST
what
Public Event
where
Online
Back to all SPS events
Featured SPS Events
Narrative Medicine events

“Homo Irrealis: Essays," A Talk with Writer André Aciman About His New Book

For our February Narrative Medicine Rounds, we welcome writer André Aciman, who will be in conversation with moderator Michael Gately, who is Assistant Director of Administration for the MS program in Narrative Medicine at Columbia University.

André Aciman was born in Alexandria, Egypt and is an American memoirist, essayist, novelist, and scholar. He is the New York Times bestselling author of Call Me by Your Name and Find Me as well as of Out of Egypt and Eight White Nights, Harvard Square, False Papers and Alibis. Homo Irrealis, his latest collection of essays, will be published by Farrar, Straus and Giroux in January 2021. Audible will soon release his novellas The Gentleman from Peru and Mariana. Aciman is the director of The Writers’ Institute and teaches Comparative Literature at the Graduate Center, CUNY. His work has appeared in The New Yorker, The New York Review of Books, The New York Times, The New Republic, Condé Nast Traveler as well as in many volumes of The Best American Essays.

Aciman returns to the essay form in Homo Irrealis to explore what the present tense means to artists who cannot grasp the here and now. Irrealis moods are the set of verbal moods that indicate that something is not actually the case or a certain situation or action is not known to have happened. Homo Irrealis is not about the present, or the past, or the future, but about what might have been but never was—but could in theory still happen.

From meditations on subway poetry and the temporal resonances of an empty Italian street, to considerations of the lives and work of Sigmund Freud, Constantine Cavafy, W. G. Sebald, John Sloan, Éric Rohmer, Marcel Proust, and Fernando Pessoa, and portraits of cities such as Alexandria and St. Petersburg, Homo Irrealis is a deep reflection of the imagination’s power to shape our memories under time’s seemingly intractable hold.

Moderator Michael Gately is Assistant Director of Administration for the MS program in Narrative Medicine at Columbia University. He studied philosophy and politics at Princeton University and has taught history and literature at the Collegiate School and Regis High School. He has worked as an editor and researcher, as writer-in-residence at a law firm, and he was a nonfiction fellow of The Writers' Institute at the Graduate Center of the City University of New York. For five years he administered the Leon Levy Center for Biography there, as Program Director, and he is now the Executive Director of BIO, the international organization of biographers. He is also writing a book about Woodrow Wilson and cycling in the 1890s.

Narrative Medicine Rounds are monthly rounds on the first Wednesday of the month hosted by the Division of Narrative Medicine in the Department of Medical Humanities and Ethics at Columbia University Irving Medical Center. A recording of our Virtual Narrative Medicine rounds will be made available following the live session on the Narrative Medicine YouTube channel. You can also listen to a podcast of past Rounds on iTunes or watch recent ones on YouTube. 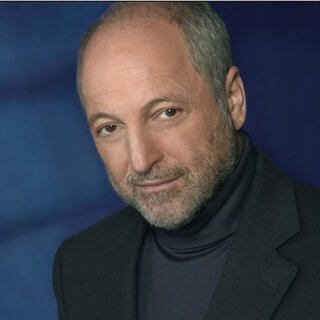 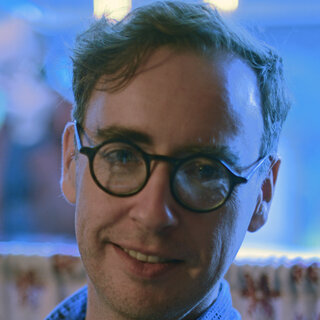