We are hoping to reschedule with Jonathan Metzl for a future date, as we want to be sure that the community still gets to share in this important topic and discussion, and as soon as we are able to make plans accordingly, we will make further announcements.

“Mental Illness, Mass Shootings, and the Politics of American Firearms,” a talk by Jonathan Metzl

For our March Narrative Medicine Rounds, we welcome Jonathan M. Metzl, MD PhD, who is the Frederick B. Rentschler II professor of sociology and psychiatry at Vanderbilt University and director of its Center for Medicine, Health, and Society. In his talk, Dr. Metzl, addresses four assumptions that frequently arise in the aftermath of mass-shootings in the United States: (1) that mental illness causes gun violence, (2) that a psychiatric diagnosis can predict gun crime before it happens, (3) that shootings are the deranged acts of mentally ill loners, and (4) that gun control won’t prevent another Newtown.

Each of these statements is certainly true in particular instances. Yet notions of mental illness that emerge in relation to mass shootings frequently reflect larger cultural stereotypes and anxieties about matters such as race, social class, and politics. These issues become obscured when mass shootings come to stand in for all gun crime and when “mentally ill” ceases to be a medical designation and becomes a sign of violent threat.

He will also speak about his most recent book, Dying of Whiteness: How the Politics of Racial Resentment is Killing America’s Heartland. His other books include Against Health: How Health Became the New Morality; The Protest Psychosis: How Schizophrenia Became a Black Disease; and Prozac on the Couch: Prescribing Gender in the Era of Wonder Drugs. He hails from Kansas City, Missouri, and lives in Nashville, Tennessee.

Narrative Medicine Rounds are monthly rounds on the first Wednesday of the month during the academic year hosted by the Division of Narrative Medicine in the Department of Medical Humanities and Ethics at Columbia University Irving Medical Center. These events are free and open to the public. While we do not live stream these events, you can listen to a podcast of them on iTunes. 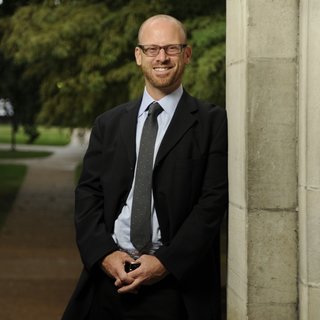