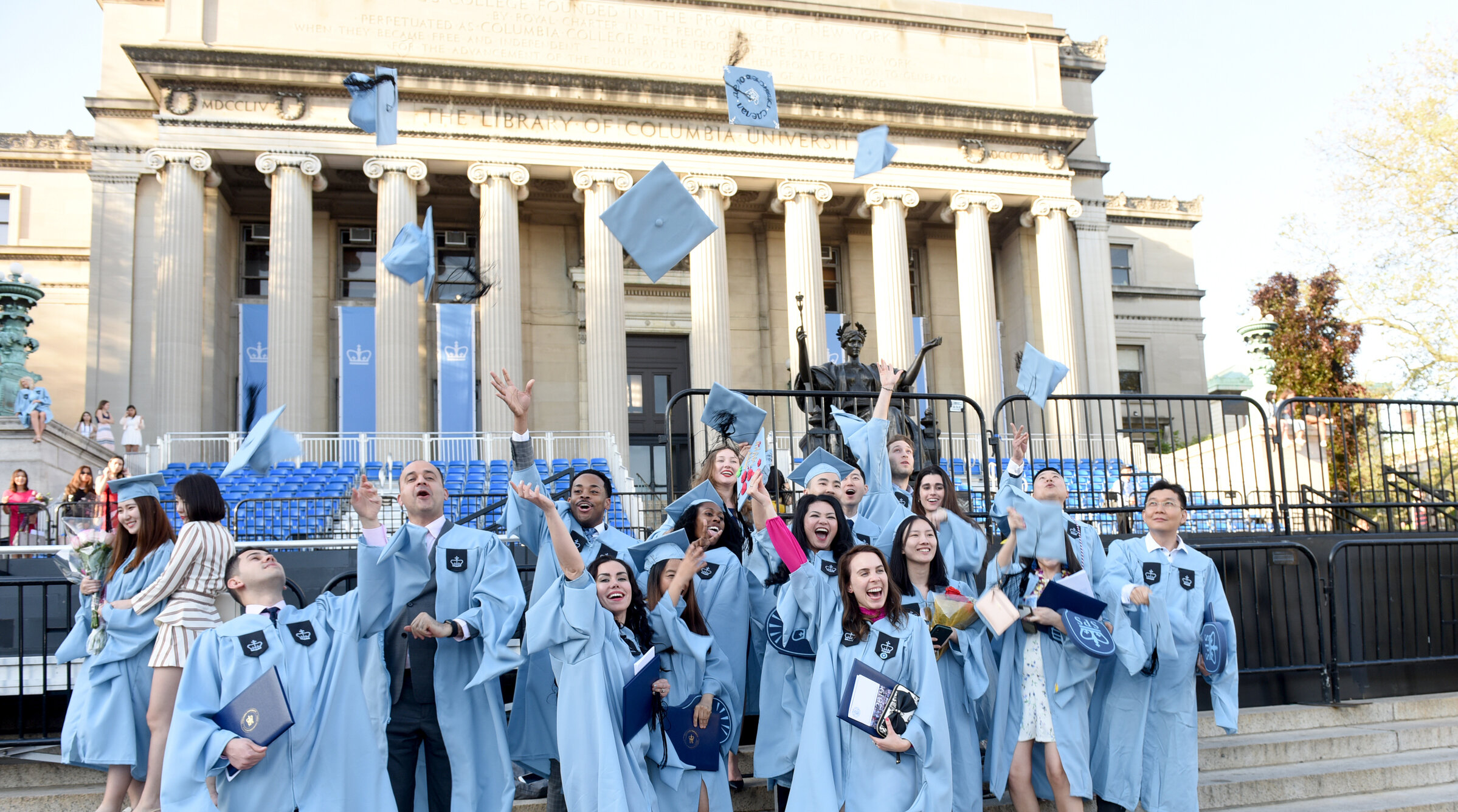 Watch the graduation ceremony asynchronously anytime after 9:00 a.m. ET, April 27, 2021. The video is pre-recorded and includes introductory content. Guests may fast forward to when the ceremony officially begins at 12 minutes 30 seconds.

Congratulations to the Class of 2021! The Columbia University Commencement ceremony of the 267th academic year will take place on Friday, April 30, at 10:30 a.m. (EDT), via web broadcast. All eligible April, May, and June 2021 degree candidates, and February 2021 and October 2020 graduates, from all schools and colleges affiliated with Columbia University, as well as family and friends, are encouraged to tune in to the celebration. An archived video of the ceremony and digital program will be available for viewing shortly after the live webcast.

The University Commencement Ceremony will be broadcast here.

The Commencement ceremony dates back to 1758 and has been held outdoors on the Morningside campus since 1926.

While each school holds an individual graduation ceremony, the University President is the only person who can confer the actual degrees. As part of the ceremony, each dean steps forward to request that the President confer degrees on the school's candidates; this tradition has become a memorable part of the ceremony. After the University President has conferred all degrees, cheers, applause, and celebration ensue as the class officially graduates.

Looking to send a gift to a recent graduate? Visit the Columbia University Bookstore for things like diploma frames, apparel, office accessories, and much more!

Marching Order is a software we use during the SPS Graduation ceremony to display graduate information on the screen as their names are read aloud. Graduation information that appears is their name, academic information, a photo, hometown, and post-graduation career plans.