This Veterans Day, the School of Professional Studies honors the students, faculty, staff, alumni, and their families who have sacrificed so much to serve our country. Read through the heroic stories and advice from members of our esteemed veteran community below.

Lisa Cowboy, ’21SPS, Strategic Communication, is an instructor in the Department of Command Leadership. She was inspired at an early age by the Navajo Code Talkers to join the U.S. Army. “I commend each veteran studying at Columbia for taking on the challenge in their respective studies. My advice for continued success is to form support groups—family, friends, and colleagues,” she said. 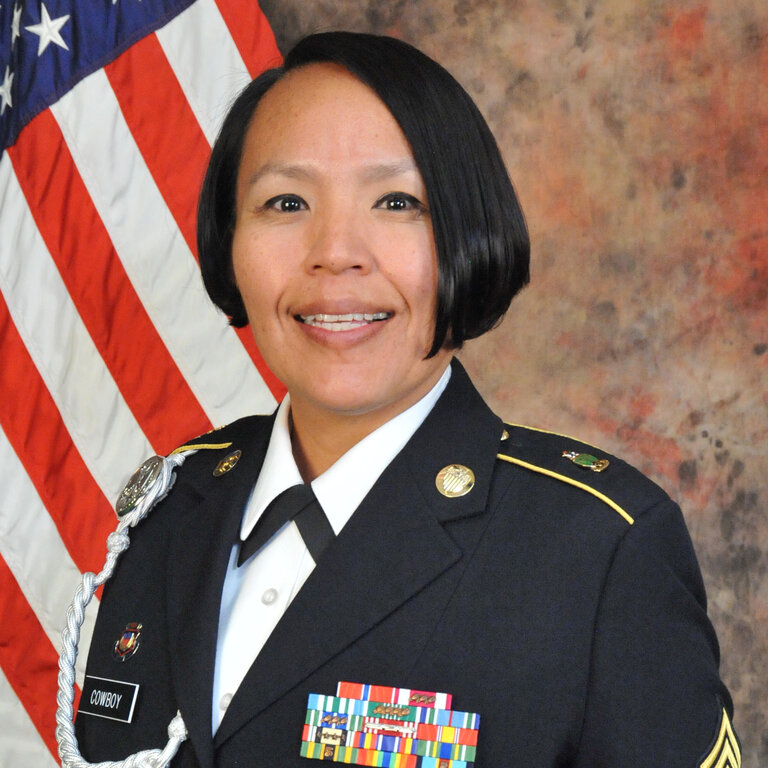 The Code Talkers used the Navajo language to develop a code that played a pivotal role in World War II. The actions of these Navajo heroes inspired me to be a soldier. I am the first woman in my family to serve in the United States Army.

Over the course of his 20-plus year career, U.S. Navy Reserve Commander Daniel Cahill has served in top positions in the U.S. military and government. A graduate of the United States Merchant Marine Academy, Cahill’s resume includes roles as a Nuclear Engineer and in cybersecurity for the Naval Inspector General. “As a military officer, I’m acutely aware of the significance of setting that tone at the top and how important it is for creating a risk conscious culture. So in the same way we identify key risks in the value-based program is the same way we identify the critical information on the operations security side.” Read how Cahill, who recently received a Navy and Marine Corps Commendation Medal in recognition of his leadership on a large-scale risk project, is applying enterprise risk management at work.

Won Palisoul, '16SPS, Nonprofit Management, a Human Capital Management Course Associate, is a U.S. Navy veteran and was politically appointed to the U.S. Department of Defense as a Special Assistant to the Under Secretary of Defense for Personnel and Readiness. She remains actively engaged with the veteran community, a passion which led her to her interest in nonprofit donor engagement, board governance, and Columbia’s Nonprofit Management M.S. program. She founded the Women Veterans and Families Network and serves in leadership positions for Women Veterans on Wall Street and the CFA Society of New York. She also co-founded the New York State Veterans & Military Families for Biden volunteer organization last summer.

John Parkinson was recently appointed the newest Program Director of the Construction Administration program. He graduated with merit from the United States Naval Academy, with a degree in engineering, and upon graduation received his commission in the United States Marine Corps. His vision for the future of the program, Parkinson said, “will be: People, Purpose, and Projects. The theme for our classes, professional development events, and networking opportunities will be to engage and continue to develop our sense of community."

Todd Shepersky, ’22SPS, Insurance Management, is an Underwriting Manager at Farm Family, a group of insurance companies headquartered in Glenmont, New York. He has nearly twenty years of experience in the insurance industry, and at Farm Family, he leads the company's Northeast and Large Account Underwriting teams. Shepersky served as a Corporal in a small boat infantry unit in the U.S. Marine Corps, and earned his B.S. in Mathematics from Washington State University. He recently shared thoughts on his time studying at Columbia.

Kara Fransted, ’22SPS, Wealth Management, is a graduate of Villanova, a Navy veteran, and Chief Operations Officer at the financial guidance firm KMH Financial Services in Bethesda, MD. She recently discussed her role as a COO at a small business, as well as how the master’s program is helping her develop a client-focused mindset. 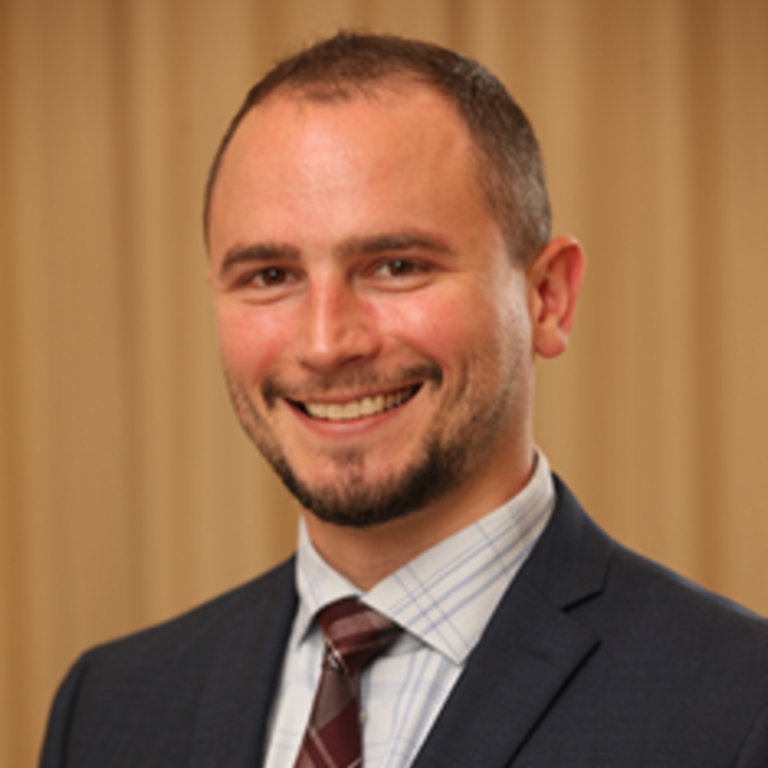 After I returned home from Iraq, I noticed that so many veterans were marginalized and unable to tell their stories. So I, along with fellow veteran artists, began thinking about ways to address that problem. We carry our trauma with us—how can we unpack it with narrative and making?

David Keefe, ’20SPS, Narrative Medicine, joined the armed forces immediately after 9/11 and served as a marine in Iraq. He grew concerned about the well-being of veterans who are marginalized for health and sociopolitical reasons, and have no voice or community. “After I returned home from Iraq, I noticed that so many veterans were marginalized and unable to tell their stories. So I, along with fellow veteran artists, began thinking about ways to address that problem. We carry our trauma with us—how can we unpack it with narrative and making?” Read his story.

“I’m on an aircraft carrier called the U.S.S. John C. Stennis, a ship of about 2,500 people. I’m in charge of all the communications that happen with the ship, and I’ve got a staff of about 20 people. Every two to three years, I go to a new job within the Navy. That’s what I like about my job; it never gets boring,” said Sarah Higgins, a graduate of the Strategic Communication program. Read about her role as a public affairs officer in the Navy. 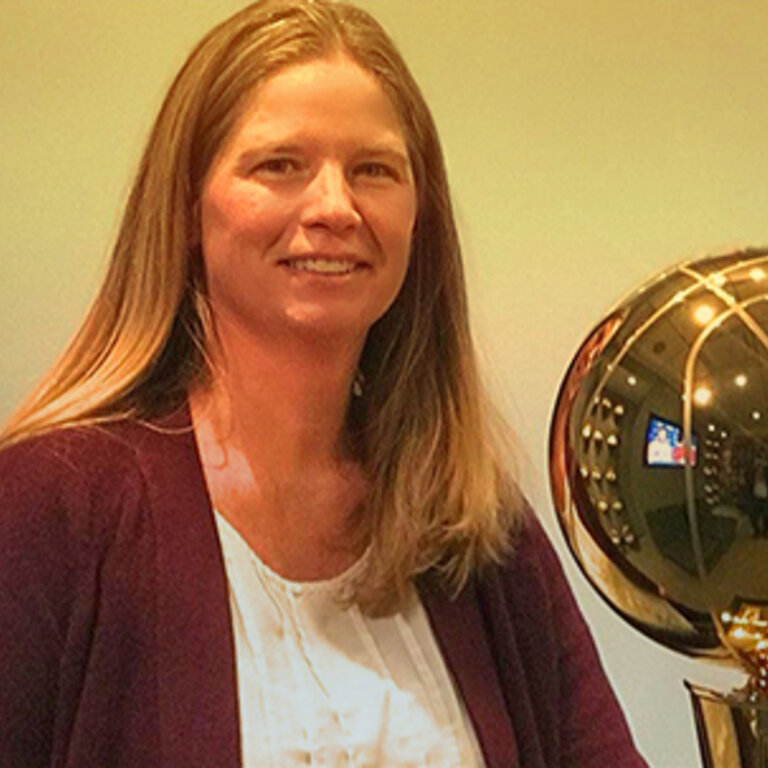 Working and studying full time was an enormous amount of work, but it was doable. I fell back on my Army training to prioritize and get it done.

After graduating from West Point, Kiera Connerty, ’15SPS, Sports Management, piloted a Black Hawk helicopter in Iraq and flew missions near the Pakistani border in Afghanistan. She transitioned from the military to a career at the NBA, and is now the Director of Talent Management at the MLB. Her advice to fellow veterans? “Don’t sell yourself short as you transition out of the military. Reach for the best possible education and career—but be open to all opportunities. The journey into your career is incredible, so take risks. In the military, we learn leadership, agility, and the ability to thrive in high-stress situations. Those qualities will serve you well in your career,” she said.

Erick Waage, ’18SPS, Technology Management, invented the Cyber Capability Rifle using nothing more than $150, the help of two colleagues, and 10 hours. The device shoots electromagnetic waves that knock enemy drones out of the sky. He discussed his role as Operations Manager at Amazon and his career advice for fellow veterans. “Columbia gave me models and concepts that I used to structure my past experiences in a way that made sense. That’s what education does for veterans.”

The fellowship is the Ivy League’s first formal full-tuition graduate fellowship program for alumni of HBCUs.

“Profits and principles, not profits or principles”

Office of the Dean, School

Celebrating Five Years of the Columbia HBCU Fellowship Program: Past, Present, and Future