From Sister Rosetta Tharpe to Kirk Franklin to Chance the Rapper: Listen & Learn the Evolution of Gospel Music in the U.S.

This summer, Columbia Professor of Religion and African American and African Diaspora Studies Josef Sorett has been leading a dynamic live series, Religion and the History of Hip Hop. Guests including Juilliard Professor Fredara Hadley, UVA Professor Claudrena Harold, and Columbia College students have listened in, song by song, and lent their insights on the early years of Gospel music and its influence on Black music today.

Professor Sorett introduced the series with three of his past students, Columbia undergraduates Malachi Jones, Colby King, and Briana Wood, who also co-host a campus radio show on WBAR, the college radio station of Barnard College. The opening conversation surveyed the full span of the religion and the history of Black music, and students explained why they chose the songs they chose.

The panel discussed Chance the Rapper’s “Sunday Candy,” and the impact of hearing the song in the mainstream; Destiny’s Child’s version of “Amazing Grace,” and the album’s gospel-influenced harmonies; Kirk Franklin’s “Revolution,” and how Franklin’s music gives Black church the aesthetics of hip hop;  Marvin Gaye’s iconic hit “Mercy Mercy Me”; and Aretha Franklin’s ability to bridge the divide between the secular and the spiritual. The group discussed the tension between gospel as a form of worship and as a source of entertainment.

Columbia College student Colby King selected Destiny’s Child’s “Outro (Amazing Grace)” to listen to and discuss, noting that it was on the same album as hits like “Say My Name.” “It’s part of this tried-and-true tradition of R&B,” added Professor Sorett, “of an album full of what we think of as secular tracks, but with gospel music there to sort of recognize the black church roots of many black recording artists.” 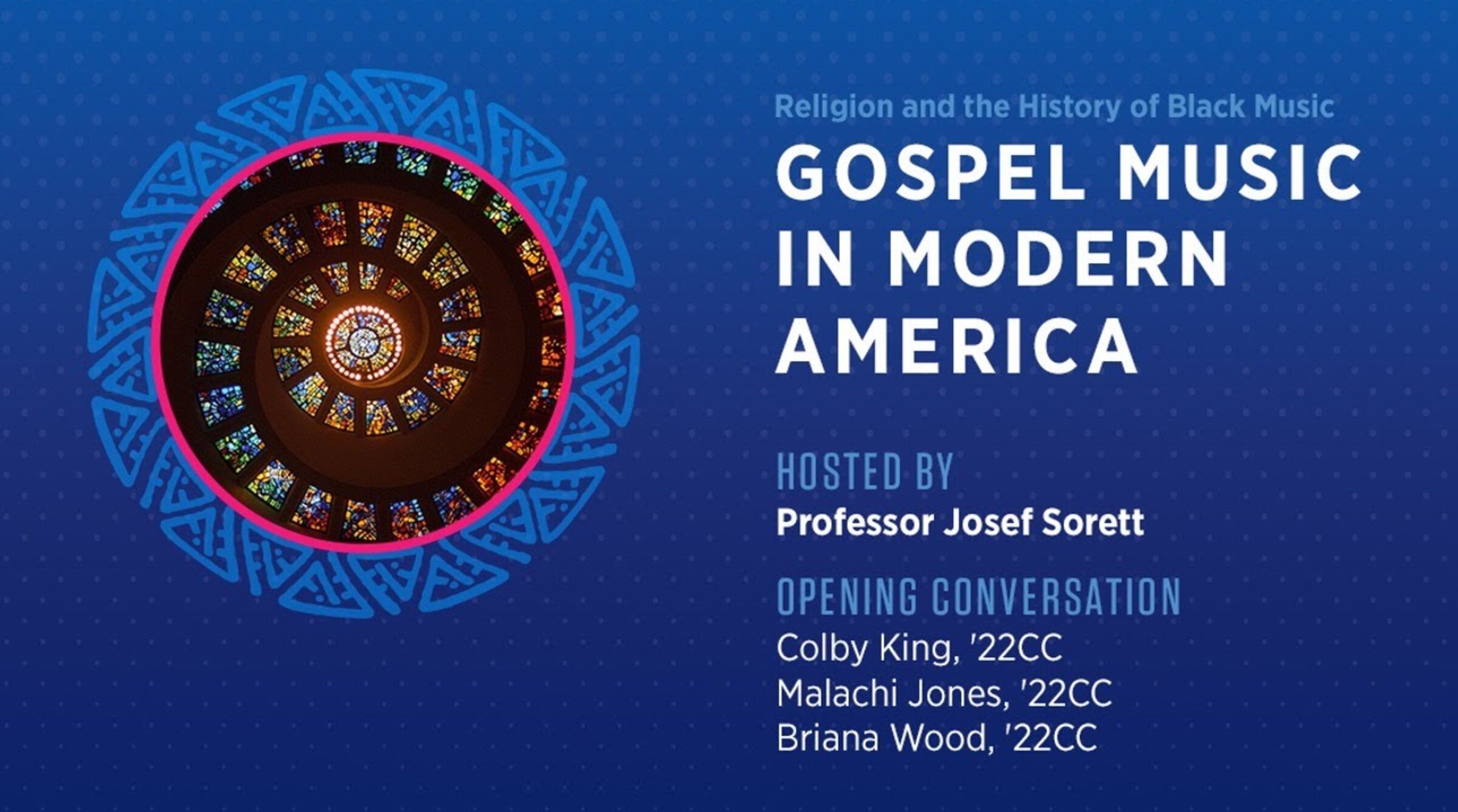 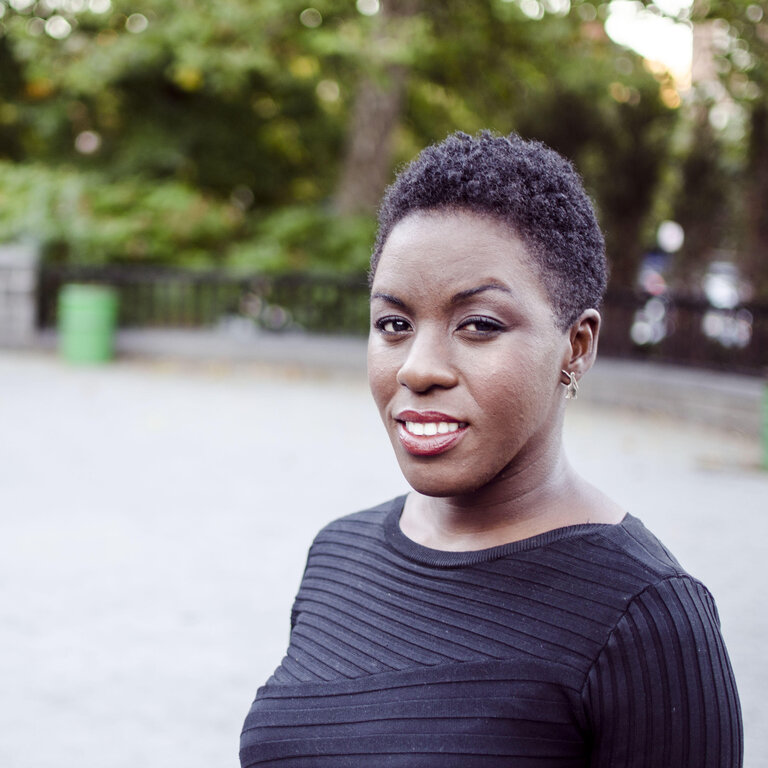 Professor of Ethnomusicology, The Juilliard School

This song [“Twelve Gates to the City”] sounds like the city to me. It sounds like Black people who have migrated from the South and anchored themselves in the North and who have both been changed by and changed the cities in which they find themselves, and all of that comes together for me in “Twelve Gates.” It’s talking about the heavenly city but you could also be talking about the literal city, so that’s really interesting to think about in this song; the layers of meaning.”

UVA Professor Claudrena Harold, historian and author of When Sunday Comes: Gospel Music in the Soul and Hip Hop Era, joined the third event in the series to discuss developments and trajectories in Gospel music from the 1970s to the present--the period typically considered to be the Gospel genre’s “golden age.”

Professor Sorett and Professor Harold listened to Aretha Franklin's "Precious Memories," and Professor Harold introduced the idea that the song is a realization of Franklin’s mentor James Cleveland's idea of spirit, or unity, music. "All the risen live in 'Precious Memories,'" said Dr. Harold. They listened to Andrae Crouch and talked about how he helped shape the sound of contemporary Christian music, followed by Walter Hawkins and the significance of the choir and instrumentation at play in his Love Alive series of recordings.

The conversation moved to Pastor Shirley Caesar's 1988 "Hold My Mule," introduced as a classic sermon-style song. Pastor Shirley Caesar is a former Caravans singer whose career covered rhythms of jazz, blues, country, and disco. They covered Kirk Franklin's "Revolution" and how it demonstrated the evolution of the art form, and how Franklin infused hip hop in his music, but never moved away from the gospel sound. 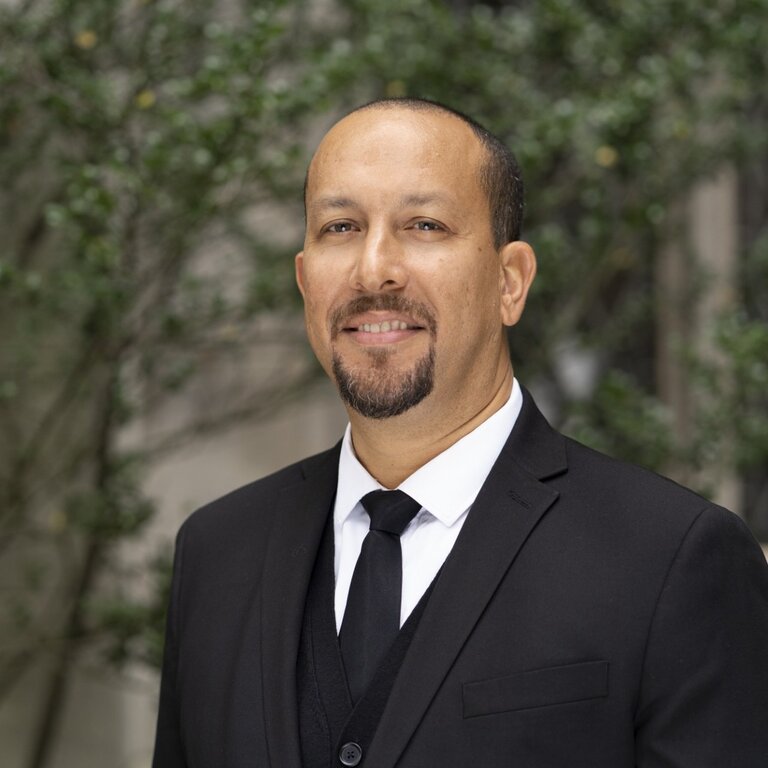 When we think about civil rights and post-civil rights, hip-hop is cast often in its emergence as both a sonic and a moral break from the music of previous generations of Black folk, but that was never actually the case.” 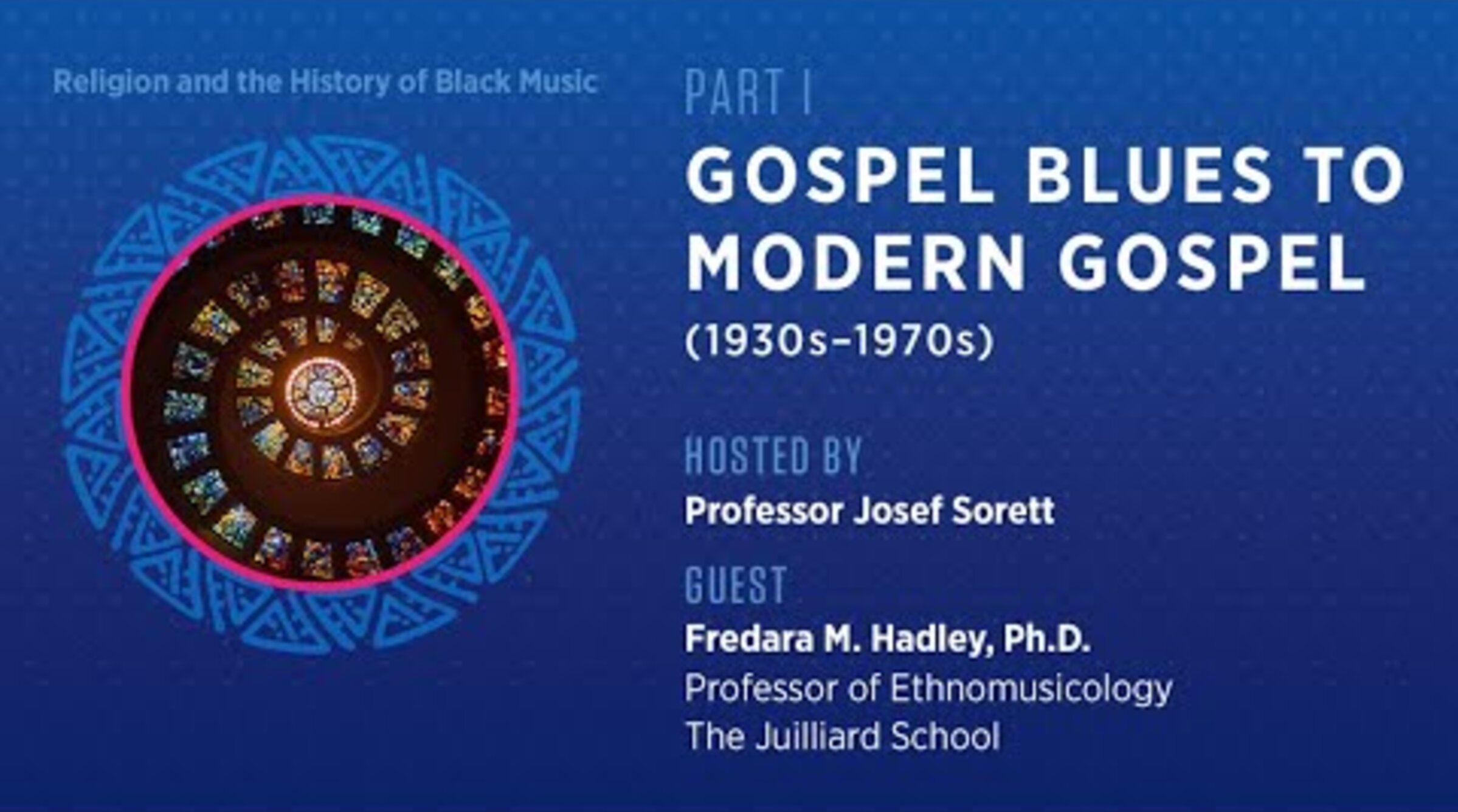 Professor Harold reminded listeners that the way Chance the Rapper defines himself as an artist is “part of a deeper tradition” and that there’s always been a strong link between Black music and religiosity. “It shouldn’t surprise us with a Chance or even a Kanye,” Professor Harold said. “If your understanding of Black culture is limited to the secular, then maybe some of this will seem new. But I think if you’re immersed in it, it’s not new.” 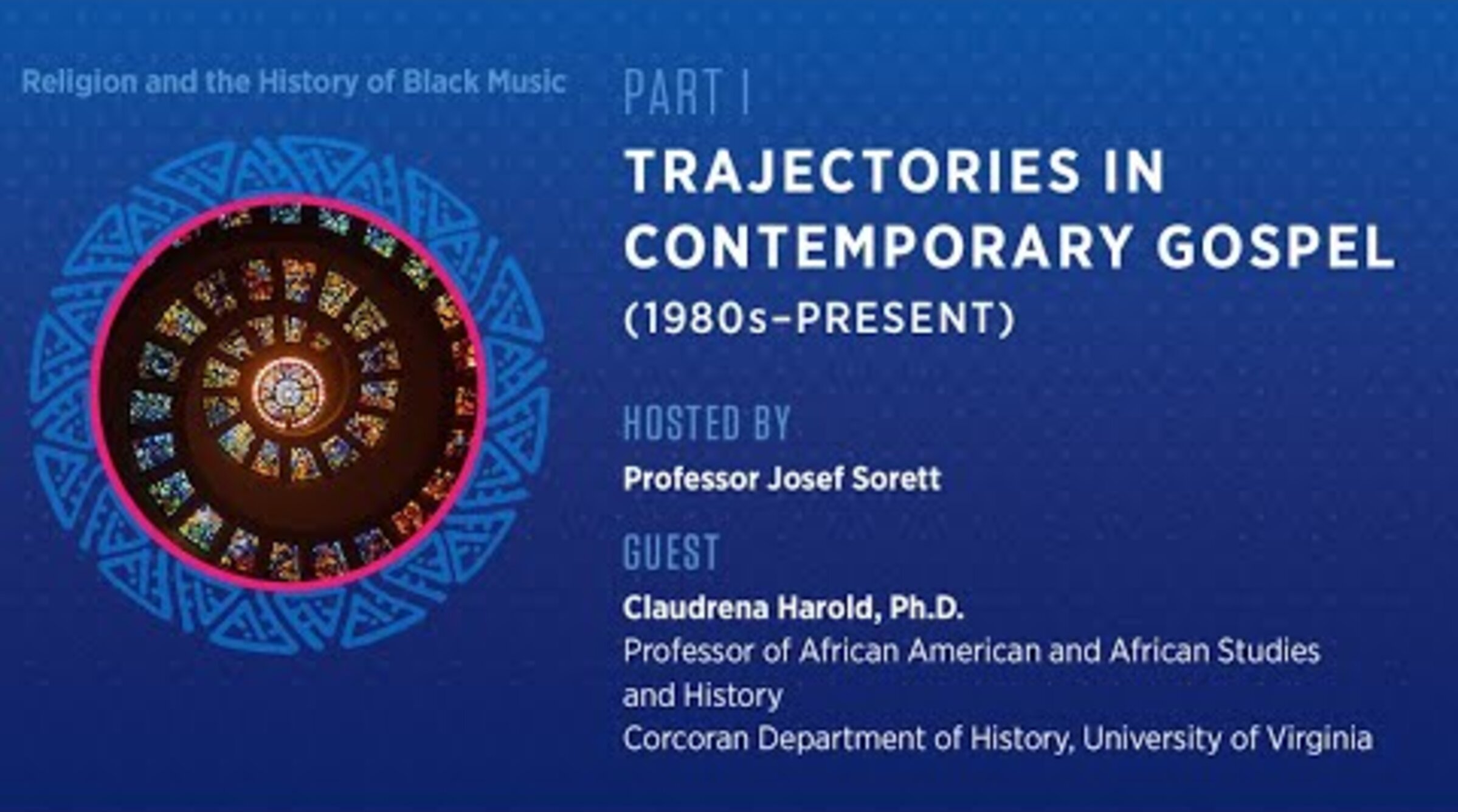 Over the next six weeks, the series will pivot to hip hop music. Tune in for Harvard Professor Marcyliena Morgan on 7/7, Teachers College Professor Christopher Emdin on 7/21, and a surprise musical guest for the concluding event on 8/4. Learn more and RSVP.