Columbia Core: The Social and Environmental Impact of Nuclear Weapons

Over the years, Professor Hughes’ research interests have spanned areas of atomic, nuclear and particle physics. He was a member of the ATLAS experiment at the LHC in Geneva, Switzerland, where his group was involved in both hardware (pixel detector) and data analysis (studies of jets, photons and the Higgs). Professor Hughes’ group was also involved in R&D activities on ultra-thin silicon detectors for future colliders, in collaboration with the Brookhaven National Laboratory and IPHC in Strasbourg, France. Additionally, Professor Hughes leads a small effort in medical imaging, using polarized noble gases, in collaboration with the Columbia Medical School. 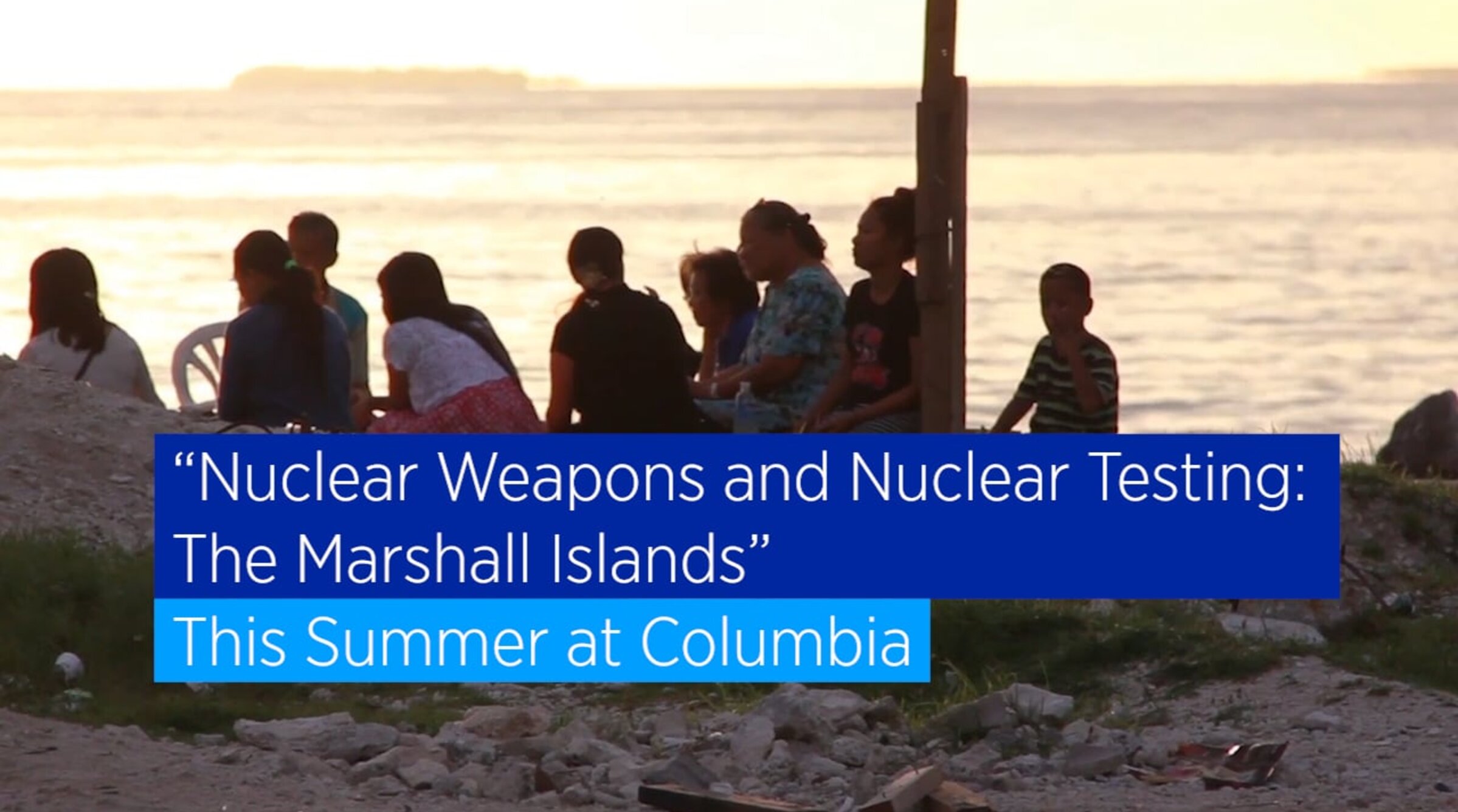 Who should take your summer course, Nuclear Weapons and Nuclear Testing?

Any undergraduate student can take the course. It has been approved as a Global Core course;  it satisfies that requirement. It will be a seminar course this coming summer and therefore limited to a 20-student enrollment.

What do you think is the most important area of study in this class?

A student taking this course will learn about nuclear weapons, how they work and what they do.  The majority of the course will be focused on the people and environmental impact of nuclear weapons testing in the Pacific. The most important area will be learning about the culture and values of the indigenous people who have been severely impacted by nuclear weapons testing and how their lives have been affected. A second important realization will be that these testing programs have been done throughout the world and in particular on lands owned and inhabited by vulnerable populations.

Can you tell us what led you to found the K=1 Project, Center for Nuclear Studies at Columbia? What impact has the center had in the world since its founding?

The K=1 Project is a Center in Arts and Science at Columbia and is dedicated to educating undergraduates on the topic of nuclear weapons, nuclear power and nuclear proliferation, three topics that are intimately interrelated. It grew out of lectures that I gave to Freshmen in Frontiers of Science from 2011 to 2014. I chose to lecture on the topic of nuclear weapons and then in parallel created a summer internship program on the topic offered to rising Sophomores. At first, this was focused on local education, but then it grew into travel, filmmaking and soon afterwards a website. By Fall 2014, we established the K=1 Project as a new Center at Columbia, approved by the Provost. By 2015, we started doing environmental science studies relevant to these topics.

Regarding world impact, our environmental science with undergraduate researchers on the radiological conditions in the Marshall Islands has led to four Proceedings of National Academy of Science articles, three of which were back-to-back and published in July, 2019. The work was featured in an article in the LA Times in the summer of 2019 as well as many follow-up news reports in other newspapers.

Our main goal, however, is not to garner world attention on radiological measurements, but instead to educate future young leaders on an important world topic. More relevant to us, we are listed in the United Nations Disarmament Education website: https://education.unoda.org/resources.html

More than 100 courses in 50 subject areas are available during Columbia Summer 2021. Explore Columbia Summer’s offerings, ranging from Computer Science and Music to Languages and Astronomy, at summer.sps.columbia.edu/students.

Increase understanding of the history, inner workings, and challenges associated with the UN's role in the world today.

The Class of 2021 Student Speaker Leda Strong will address the graduating class during the SPS Virtual Graduation Ceremony.

The Dean’s Excellence Awards are the highest honors that the School of Professional Studies bestows.

A selection of more than 400 online and HyFlex courses in 50 subject areas will be available this summer.