Chief Diversity and Inclusion Officers: Creating and Maintaining Equity in the Workforce

In addition to the global pandemic, 2020 represents a time of crisis because of the demands for racial justice. Columbia University fosters an ongoing commitment to anti-racism, promoting open dialogue among students, respected faculty and industry experts.

Three Masters of Science programs in the Columbia University School of Professional Studies—Human Capital Management, Negotiation and Conflict Resolution and Nonprofit Management—are partnering to offer the Leading Towards Diversity, Equity and Inclusion series, which convenes and connects respected faculty and industry experts for inspiring, solutions-focused conversations about implementing systemic changes that benefit individuals, organizations and the communities they serve.

Recently, under the leadership of its president, Thalia Charles, the Human Capital Management (HCM) Club hosted the first event in this Series—DEI Through the Leadership Lens: A Conversation with Chief Diversity Officers. Moderator Dr. Cindy Pace (VP, Global CDIO at MetLife and HCM Adjunct Lecturer) led a solutions-focused conversation on implementing systemic change, along with panelists Elizabeth Nieto (Head of Global Diversity and Inclusion at Amazon), Ripa Rashid (Managing Director and Head of I&D at Cowen), Shannon Schuyler (Chief Purpose and Inclusion Officer at PwC US) and Alicin Reidy Williamson (Chief Inclusion Officer at Endeavor) to explore the vital role of the Chief Diversity Officer in the ongoing process of implementing diversity, equity and inclusion within organizations across all sectors.

As demand for the role of Chief Diversity and Inclusion Officers (CDOs) increases, it is essential to identify what competencies are required. Citing recent research from Russell Reynolds, a global leadership advisory and search firm, Dr. Pace outlined the four key qualities for success in the field. First, CDOs are strategic executors: they know how to implement a strategy, not only throughout the organization, but across different markets for global brands. Second, they must be data-savvy storytellers: they know how to use data to close the “say/do” gap, spanning the gulf between what an organization aspires to on paper and where they are in actuality. Third, they are authentic communicators: they determine messaging and communication both to employees within the organization, as well as clients and customers beyond the office walls. Finally, they are pragmatic disruptors: CDOs are unafraid to challenge the status quo.

Given these four essential qualities, the panelists reflected on which competency has best served them in their careers. Rashid, whose diverse background ranges from astronomy and astrophysics to anthropology, said “bringing the numbers with the storytelling has been the common denominator across all my professions.” She noted the importance of not simply analyzing, but synthesizing the data, explaining the key to her success is “being a numbers person, but also being a storyteller and influencer.”

Nieto echoed the importance of influence, particularly with the relationships cultivated across the HR department. “You may not own the recruiting process, but you need to influence, so the recruiting process is equitable. You may not own the performance management of the talent review,” she said, but “building that relationship and using data and the storytelling to engage with those owners of processes, they can also make the changes that you can influence.”

Schuyler and Williamson added a more intuitive and emotional angle to the analytical qualities cited by their peers. Resilience was top of mind for Schuyler when it comes to her team’s work within the organization. “We need to inspire them to know that their drive, and what they do is important. We are the front line.” She went on to note the importance of intellectual curiosity. “We can truly be the message carrier if we stay alert and have that interest in learning more.” Williams recognized the need for courage while echoing Schuyler’s sentiments. “There are constantly going to be times where you doubt yourself, but as [Schuyler] said, we are learning all the time.” 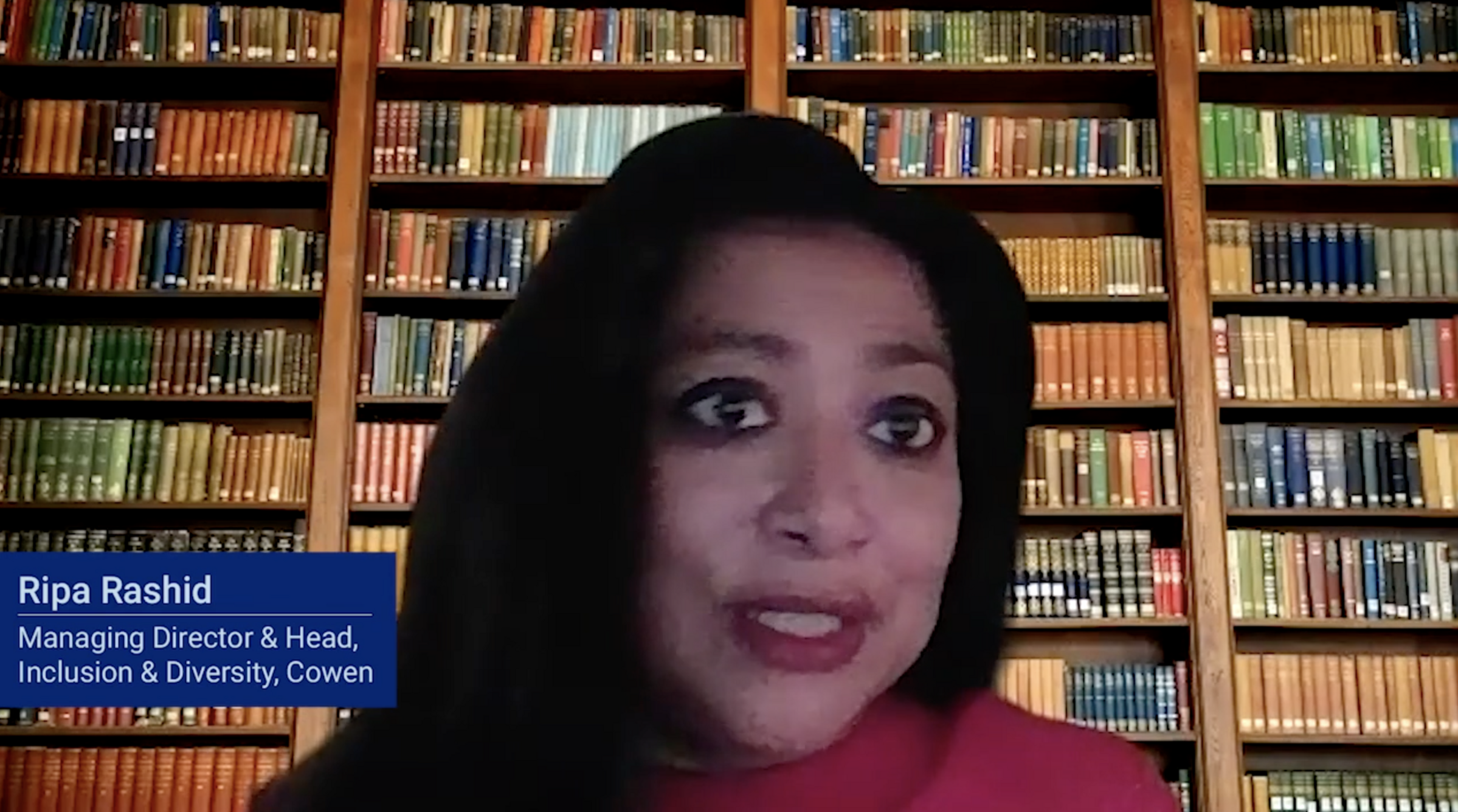 For HCM students and others who want to leverage these competencies and are considering a career as a CDO, the panelists each shared why this role is not just important, but essential in the modern workforce, now more than ever. “From March–April to the May–June time frame, Diversity and Inclusion Officers went from nice-to-have, to great-to-have, to must-have,” reflected Ripa. “We became much more central to the mission of organizations.”

Williamson noted that, as many organizations work through a reorganization process following the pandemic, the role of CDO becomes a vital one to retain. “For many companies, there is a need to have someone who is helping them understand the future state,” she explained. Williamson went on to note that “having the ability as a Chief Diversity Officer to lean in to conversations that may not have actually been happening before revealed the opportunity to engage differently in the conversation about what we need to be paying attention to at all steps when we're thinking about diversity, equity and inclusion.”

Nieto observed that “senior leaders found themselves not even having the vocabulary” to talk to Black employees about certain topics, let alone listening and understanding in an appropriate way. That puts a CDO in the vital position of engaging with leaders. “We’re bringing you to listen, and we’re not expecting you to fix things as we always do. We want you to just listen and take the time to learn from the process,” Schuyler said.

Schuyler also observed a marked shift in leadership’s perception of the importance of a CDO. Starting in the spring, she noticed organizations pausing, after initially furloughing diversity departments during the pandemic. “You fast forward to a month or two later, and those same organizations were saying, ‘oh, now I get it,’” she recalled. “I think what this said very clearly is this is not a monetary issue." Schuyler highlighted that the importance of the role goes beyond the office walls. “This goes hand-in-hand, not just with retaining your people, but with perceptions of your brand. That realization has completely changed the fabric of roles to be more inclusive.” 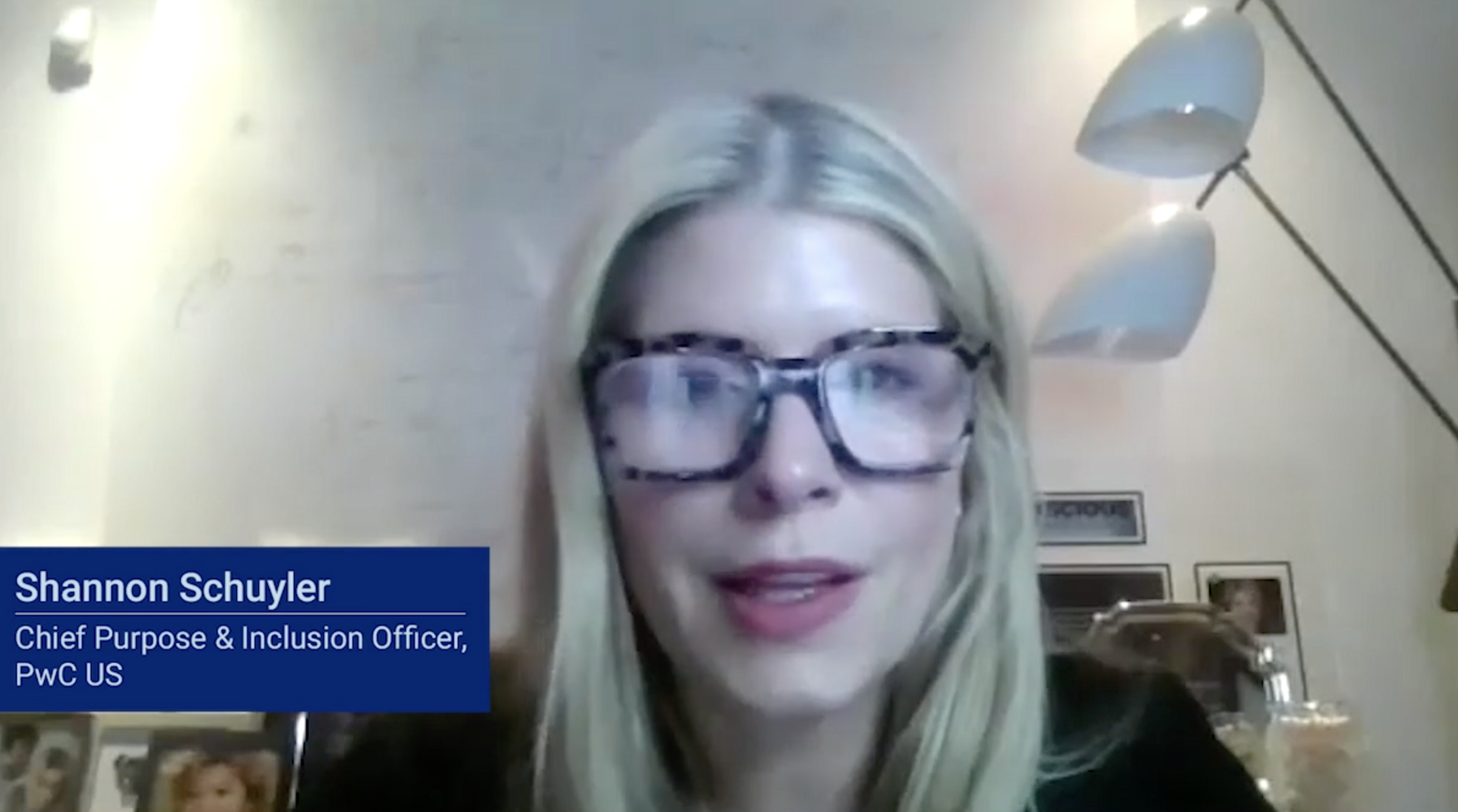 The role of diversity, equity and inclusion will remain top-of-mind as businesses continue to navigate through the post-pandemic world. Dr. Pace shared her vision for the CDO, noting that they are cultural stewards. “In a way, we’re architects,” she noted. “We’re leveraging all the competencies and traits that we’ve talked about and more. And we’re building something that should withstand the test of time. We don’t know what the future holds, but as Chief Diversity Officers, we have to be agile and change and pivot as we are developing our organizations and building out the right systems.”

Columbia University’s Human Capital Management program is preparing graduates to address such an ever-changing landscape.  Through data-driven, market-based insights and organization-wide integrated solutions, the program equips students to be world-class HCM strategists and build talented, engaged workforces in the private, public, academic and not-for-profit sectors. Graduates are prepared to advance their careers while driving organizational excellence in the new world of work.

All News
Impacts and Insights

“We need to be much more deliberate about how we attract talent to the industry,” he shared with students.