Dr. Carol Numrich, Senior Lecturer in Language in the American Language Program, is retiring after 33 years as a full-time faculty member. She has led many teaching teams in the ALP’s Intensive Program, taught many part-time English courses at the University, and traveled internationally to train and consult with language teachers.

From 1993 to 1996, Numrich was Visiting Professor at Columbia’s Teachers College, where she directed the M.A. Program in TESOL and taught graduate courses in pedagogy. She helped to develop and coordinate the International Teaching Assistant Program at Columbia, in which she taught doctoral students in the sciences for several years. She also helped design the summer TESOL Certificate Program, in which she taught two of the required courses. Numrich has chaired and helped organize several committees for TESOL as well as co-edited a column from the TESOL Journal.

We discussed her experience watching the program grow, how teaching pedagogy and teaching English a second language worked hand-in-hand, and what she is looking forward to in retirement.

How has the American Language Program evolved since you joined?

I’ve been affiliated with the ALP for 38 years, so I’ve experienced quite an evolution. For one thing, our student population has changed significantly over these years, representing shifting world economies and politics. When I joined our faculty in 1983, as an adjunct, most of our students came from Europe (France, Spain, Switzerland, Germany, etc.). Then years later, into the early ’90s, we had an influx of Japanese students, many of whom had the goal of earning an MBA from an American university.  In later years, we had many sponsored Kazakhs and Saudis, whose governments supported their students' getting an American education. And in recent years, we’ve had huge numbers of Chinese students studying in our program. I have enjoyed working with this ever-changing student population as each group has brought its unique cultural experiences, attitudes, and beliefs, and added such insights to classroom discussions.  There is always so much to learn from these students.

Secondly, the ALP has evolved as our profession has evolved. When I joined the faculty in 1983, English as a second language was still a relatively new field. There was much to figure out in terms of what constituted best practices in the teaching of a second language. As there were few, if any, textbooks well-suited for the academic goals of those international students coming to Columbia, most of us stayed up well into the night writing materials for the next day’s lessons. (Many of us became good materials writers and textbook authors as a result!) Interestingly, in contrast to those early years, today there is a plethora of ESL materials to choose from. The professionalism of our field has definitely contributed to the professionalism of the ALP, and vice versa.

What has been your favorite part of teaching at Columbia?

Of course a favorite part is the students; the students who come to the ALP are typically bright, often exceptional. In fact, many are even famous! In my own classes, just to mention a few, I’ve had a Saudi prince, a Chinese dissident from the Tiananmen Square protests, and the girlfriend of a national radio host! My students have made my teaching experience at Columbia so intriguing and enjoyable.

But, I have to say a favorite part of teaching at Columbia is the inspiring ALP faculty. Because of this talented and dedicated group of colleagues, I’ve stayed in the same job for 38 years. And in spite of our disparate backgrounds, we share many values and are more often than not “on the same page” about best teaching practices, effective program policies and our love of student diversity. I will miss my ALP family so much. 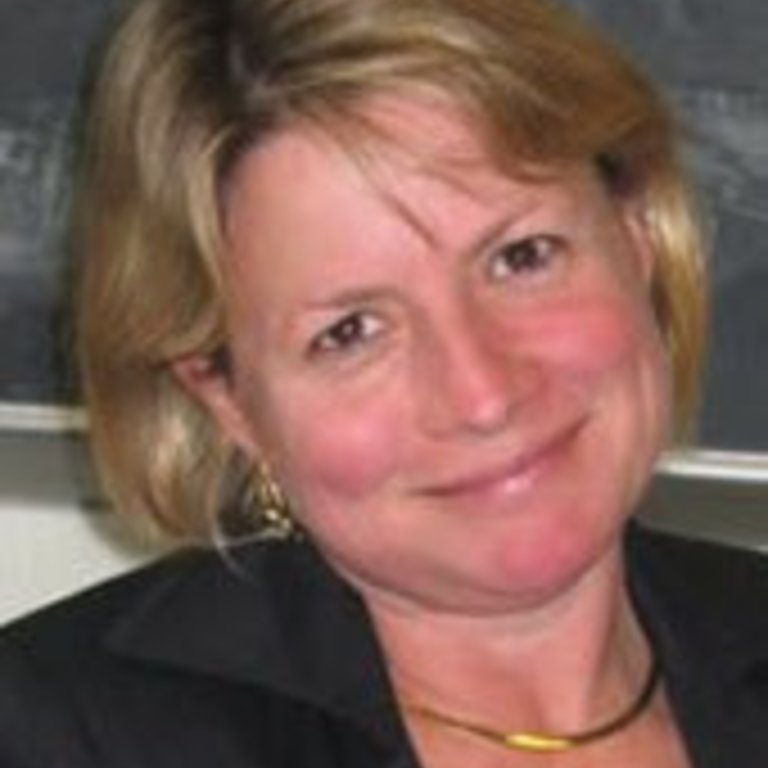 Probably the most powerful influence on my teaching pedagogy has come from the ALP's thematic approach, for which our program is renowned. The idea that language skills develop best through the study of content material is so pedagogically sound. It has informed my materials development, textbook writing, assessment development, and teacher training throughout the years.

You have extensive experience teaching pedagogy. How have you found that experience versus teaching those learning English as a second language?

The two have developed in tandem; each one pushes the other forward. As new methods and techniques became popular in the field and informed my teaching pedagogy, I have implemented some of those techniques into my own classroom teaching to test things out. As an example, I had studied the Counseling-Learning Approach (CLL) as a pedagogy, but did not believe I could use it in an ALP class. Yet,  I found ways to incorporate CLL's idea of the teacher standing back and letting students direct the classroom conversation very helpful to my general approach to teaching.

In addition, as I made discoveries about effective teaching practices in my everyday classroom experience, I implemented many of those ideas into some of my pedagogical seminars.  As an example, years ago, I remember asking high-level critical thinking questions in a level 3 (low-intermediate) classroom and getting some surprising answers. Even though their English vocabulary and grammar were quite low, my students were offering highly insightful answers. This taught me that teachers can push for higher-level thinking in low language-proficiency classes.

Probably the most powerful influence on my teaching pedagogy has come from the ALP's thematic approach, for which our program is renowned. The idea that language skills develop best through the study of content material is so pedagogically sound. It has informed my materials development, textbook writing, assessment development, and teacher training throughout the years.

You have traveled internationally in your teaching career. What has been your favorite experience abroad?

I’ve had the privilege of traveling to more than a dozen countries during my teaching career at Columbia, from Mexico to Japan to Venezuela. Perhaps two trips stand out:  The first is Saudi Arabia, where I wore an abaya during my visits to universities and during my lectures. Traveling to Saudi Arabia was a fascinating cultural experience, and my Saudi hosts were so gracious. I will never forget them. The second memorable travel experience was my most recent, when I traveled to Cambodia to present at the CamTESOL conference, just as the Coronavirus was starting to spread in Asia. Little did I know that the practice of wearing masks would travel home with me. In fact, I was on the last Cathay Pacific flight home to JFK before everything shut down in Asia. I was fortunate to have made the trip to Cambodia when things were still operating, to have met wonderful Cambodian teachers and to have made this unforgettable trip before our own shutdown in the U.S.

What are you looking forward to in your retirement?

I plan to do some consulting in the K-12 arena for my husband’s nonprofit group, the National Urban Alliance.  I may also teach a course at my local community college, where I can work with a different student population. But most of all, and now that traveling restrictions have eased up, I plan to travel abroad as much as possible. In addition, I’ll be spending more time in my pottery studio throwing pots. More time for fun!