Classes that begin the week of January 17 resume in-person instruction on January 31. Don’t forget to upload your booster documentation by January 31. Upload and learn more.
Close alert
Thursday
2020
when
6:30 pm EDT
what
SPS Event
where
Online
Back to all SPS events
Featured SPS Events

SPS Election 2020 Speaker Series: Who Was a Suffragist? A More Diverse View

Revisit the history of suffrage in the United States and uncover its remarkable breakthroughs with Cathleen Cahill, Ph.D., Associate Professor of History at Penn State University.

The story of the fight for woman suffrage is a familiar one. We know the names of the leading suffragists—Susan B. Anthony, Elizabeth Cady Stanton, Alice Paul, and Carrie Chapman Catt. We remember that suffrage was finally won via the Nineteenth Amendment in 1920. But those facts are only part of the story. This lecture reveals the hidden histories of the Native American, Chinese American, African American, and Hispana suffragists who not only challenged women’s inequality but also fought against the racial prejudices of the age. They marched in parades, debated with national suffrage leaders, and met with presidents and other politicians. They insisted that women in their communities also deserved the vote. For some of them, the ratification of the woman suffrage amendment in 1920 was a moment of celebration. But for others it was not the end of their fight for equality. It offers a revealing look at an inspiring new history of woman suffrage.

The SPS Election 2020 Speaker Series is designed to connect the School of Professional Studies, and the wider Columbia community, with important historical contexts for some of the pressing questions surrounding America's electoral environment. U.S. and international students are welcome to participate; an RSVP is required.

Learn more about how you can get involved with the November 3 general election by visiting SPS Gets Out the Vote 2020. 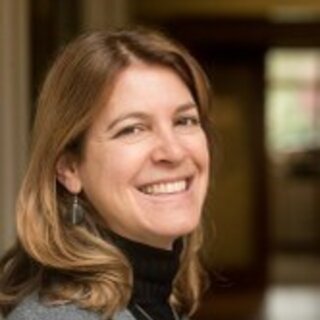