Columbia will continue to require the wearing of non-cloth masks in instructional spaces for Summer sessions. Please ensure you have a green pass on the ReopenCU app. Learn more.
Close alert
Wednesday
2019
when
2:00 pm EDT
what
Community Relations
where
New York City
Back to all SPS events

EPIC/SPS Talk: "What Happened to Brown’s Vision of Equal Educational Opportunity and How Can We Get Back on Course?"

On May 17, 1954, judges sitting on the U.S. Supreme Court declared by unanimous vote that racial discrimination in public schools is a violation of students’ rights to an equal educational opportunity under the 14th Amendment to the U.S. Constitution. As the 2019 school year ends, however, public school students in cities - north and south - are predominantly black, Hispanic, and Asian while public school students in suburbs are predominantly white. Brown v. Board of Education is still the law of the land. So, what happened to Brown’s vision of equal educational opportunity and how can we get back on course?

In this EPIC/SPS Talk, Columbia University Professor of Law Michael Rebell will recall the history of Brown, beginning in the early 1970’s, when state courts picked up the mantle from federal courts and began litigation to increase and equalize taxpayer funding for schools between school districts within a state. But can money for schools attended predominantly by students from poverty backgrounds and students of color solve the problem? What other steps must be taken? Do the state and federal courts have an important role to play in promoting meaningful educational opportunities?

Professor Rebell was Co-Counsel for the plaintiffs in the successful Campaign for Fiscal Equity, Inc., a school funding lawsuit that claimed New York State was not adequately funding schools in New York City. He is also currently lead counsel in a major new lawsuit seeking to establish a right under the Constitution for all students to function effectively as civic participants. 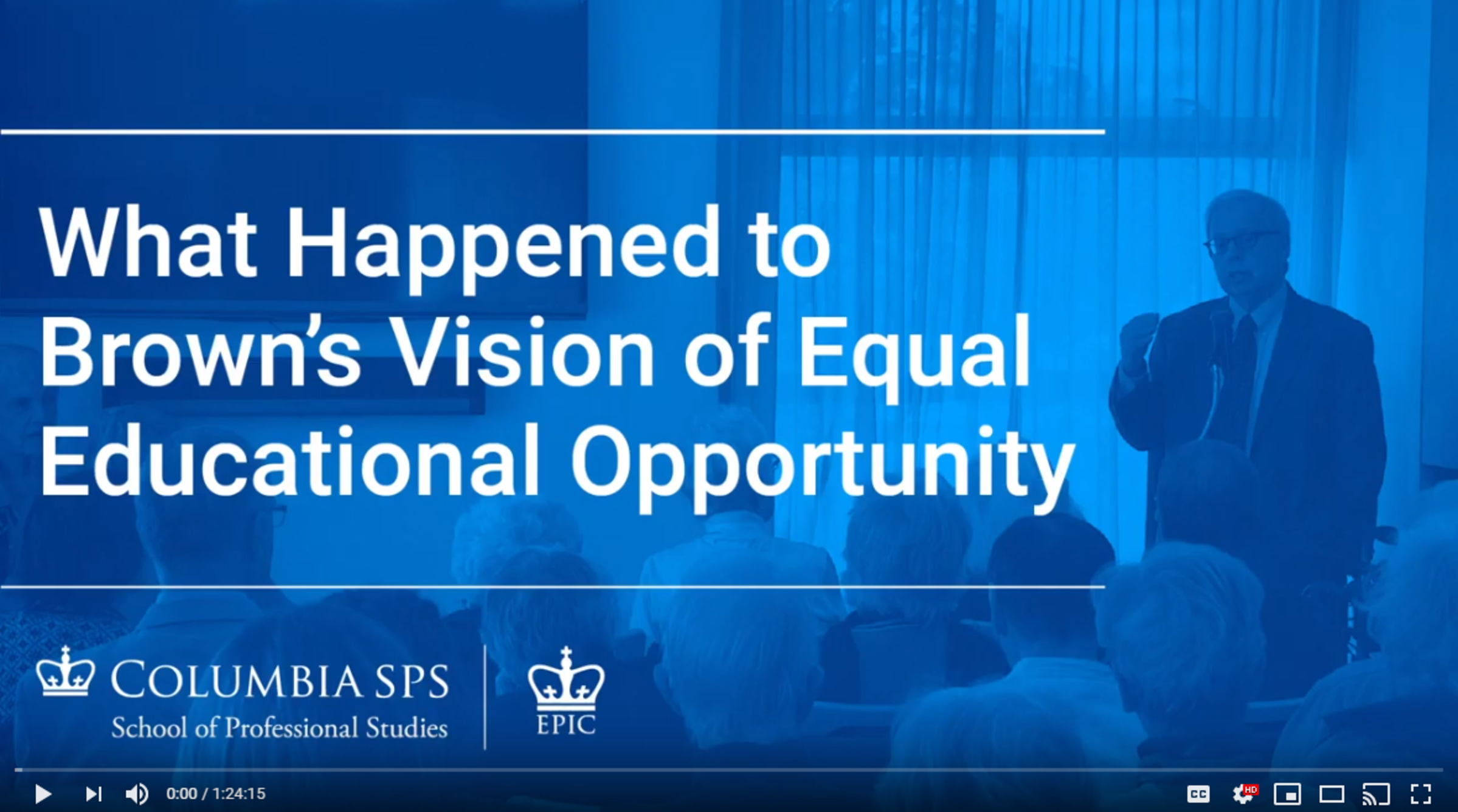