Columbia will continue to require the wearing of non-cloth masks in instructional spaces for Summer sessions. Please ensure you have a green pass on the ReopenCU app. Learn more.
Close alert
Tuesday
2017
when
6:30 pm–9:00 pm EST
what
SPS Event
where
New York City
Back to all SPS events

Voices From Inside America's Mass System of Punishment: The Freeing Power of Higher Education!

This lecture discusses the historic complexities of America’s systems of punishment and its links to race, class, gender, political suppression, and religion. It will then explore how access to higher education can not only deter crime and have rehabilitative impact, but also spark the kind of political and social awareness that leads to true freedom.

Reverend Vivian Nixon is Executive Director of College and Community Fellowship (CCF), an organization committed to removing individual and structural barriers to higher education for women with criminal record histories and their families. As a formerly incarcerated woman and prior CCF program participant, Rev. Nixon is uniquely positioned to lead the charge to help justice-involved women and their families have a better future.

While incarcerated, Rev. Nixon spent time as a peer educator for the adult basic education program at Albion State Correctional Facility in New York. Following her release, she was ordained by the African Methodist Episcopal Church (AMEC) and currently serves as an associate minister at Mt. Zion AMEC in New York City. She is a Columbia University Community Scholar and a recipient of the John Jay Medal for Justice, the Ascend Fellowship at the Aspen Institute, the Soros Justice Fellowship, and the Petra Foundation Fellowship. She is a co-founder of the Education from the Inside Out Coalition (EIO), a collaborative effort to increase access to higher education for justice-involved students and serves on the advisory board of JustLeadershipUSA. Rev. Nixon holds a Bachelor of Science degree from the State University of New York Empire College.

The Columbia Community Scholars Program, administered by the Office of Government and Community Affairs and the School of Professional Studies, enables independent scholars to pursue their lifelong learning aspirations, whether it be completing an independent project or attaining skills in a particular area. The program helps to foster and deepen ties between the University and the many independent members of the cultural and intellectual community surrounding it. 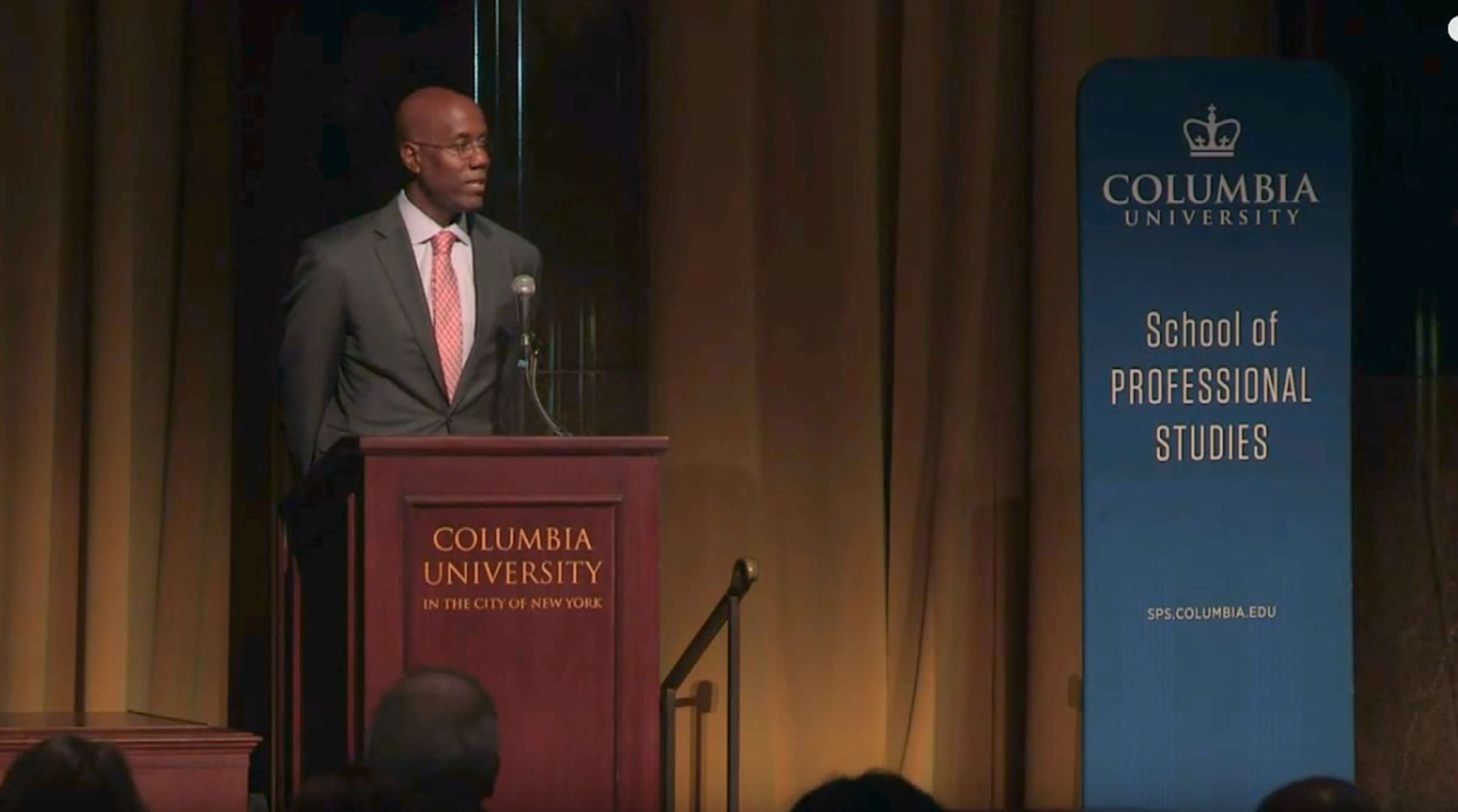