Columbia will continue to require the wearing of non-cloth masks in instructional spaces for Summer sessions. Please ensure you have a green pass on the ReopenCU app. Learn more.
Close alert
Wednesday
2019
when
7:00 pm EDT
what
Community Relations
where
New York City
Back to all SPS events

Columbia Professor Walter Frisch on Arlen and Harburg's "Over the Rainbow"

Walter Frisch, H. Harold Gumm/Harry and Albert von Tilzer Professor of Music at Columbia University, will lead a multimedia discussion of his 2017 book Arlen and Harburg’s "Over the Rainbow," about Harold Arlen and Yip Harburg's iconic song. In his book and this talk, Frisch traces the history of this song from its inception during the development of The Wizard of Ozscreenplay to its various reinterpretations over the course of the twentieth century. Through analysis of the song's music and lyrics, Frisch provides a close reading of the piece while examining the evolution of its meaning as it traversed widely varying cultural contexts. From its adoption as a jazz standard by generations of pianists, to its contribution to Judy Garland's role as a gay icon, to its re-emergence as a chart-topping recording by Hawaiian singer Israel Kamakawiwo'ole, "Over the Rainbow" continues to engage audiences and performers alike in surprising ways.

Walter Frisch has lectured on music throughout the United States, and in England, France, Spain, Germany, and China. His writings have been translated into French, German, Spanish, Italian, Japanese, and Chinese. Professor Frisch is a specialist in the music of composers from the Austro-German sphere in the nineteenth and twentieth centuries, ranging from Schubert to Schoenberg. Frisch serves as general editor of a series of period music histories from W. W. Norton, Western Music in Context . His volume in that series Music in the Nineteenth Century was published in 2012. Frisch has twice won the ASCAP-Deems Taylor award for his writings. He has also been awarded fellowships from the National Endowment for the Humanities, the Alexander von Humboldt Foundation in Germany, and the Center for Scholars and Writers at the New York Public Library. Frisch is currently working on a book about the songs of Harold Arlen.

The event will include a reception. Free and open to the public. 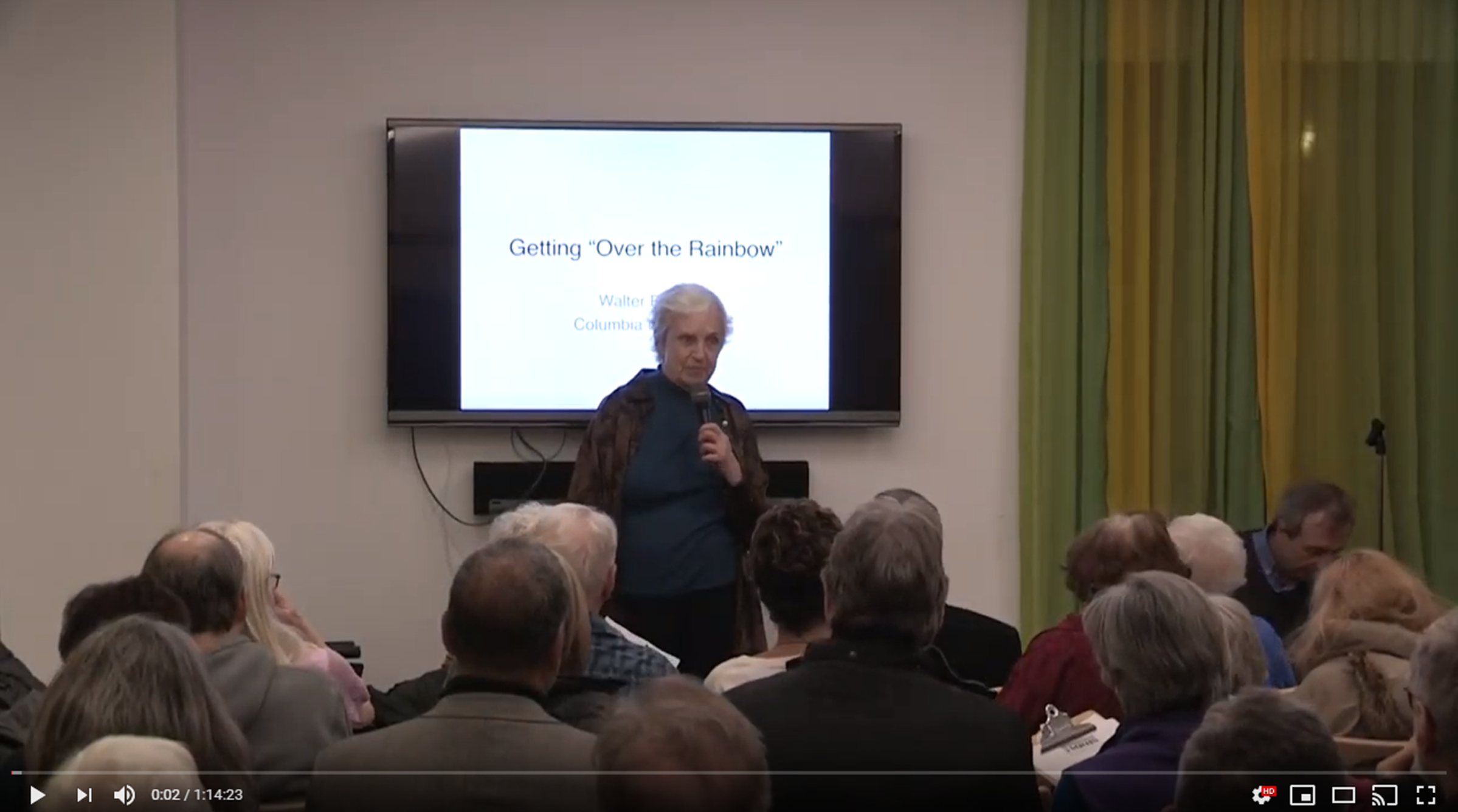