Now a documentary filmmaker, Bacha has focused for the past 14 years on Palestinians and Israelis who use nonviolent resistance to help end conflict. Her documentaries have won Peabody and Guggenheim awards and have been featured on the BBC, HBO, and Al Jazeera.

Q: What is your earliest memory of Columbia University?

A: I remember being on the campus area sitting on the steps, and an older man who it turns out I learned later was a physics professor, just came over and sat next to me and said, “Never believe assumptions.” He just wanted to talk about the importance of not believing anything that I was being told in classroom, and that really struck me. I took that in very much, and in the subsequent classes, I started to look at everything and listen to everything with a little bit of healthy skepticism. 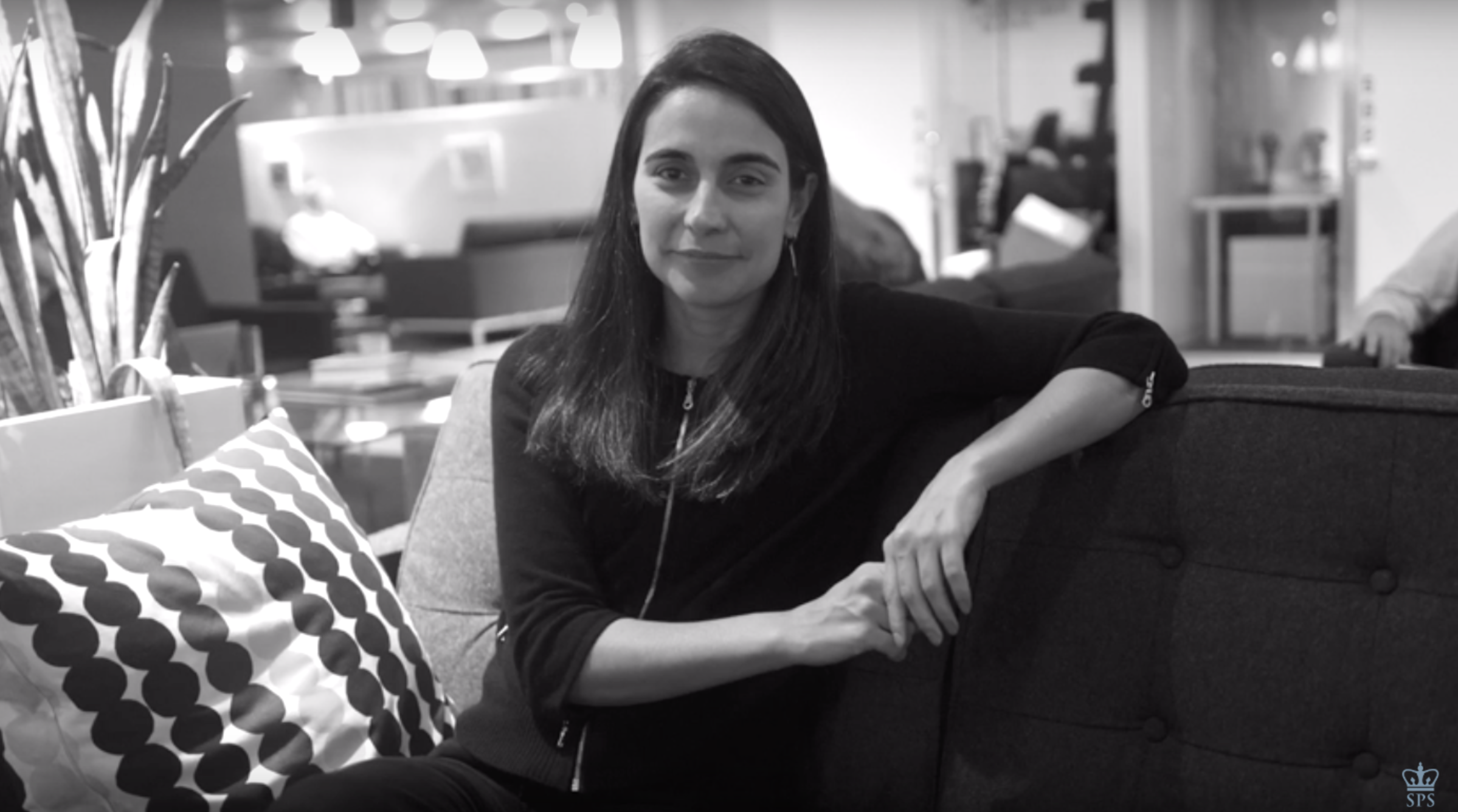 Q: How did the faculty help you to improve and build your skills?

A: I found that continuously at Columbia, the professors, the faculty, the administration, people cared. It felt like people weren't just there because this was their job. They actually went out of their way. I found in my experience that they made sure you were walking out of there after your time of study really well prepared and with super solid grounding to engage with the world in a very healthy and smart way.

Q: How has your experience at Columbia changed how you approach your documentary work?

A: I had some really great professors at Columbia, and the ones that really marked me were the ones that always pushed the students to be in a constant search for discovery. What that meant is that you don't do the minimum accepted to pass the class. It's that you engage with the work wanting to be surprised, wanting to learn new things, wanting to find things that maybe other people had not thought about yet. That's what I brought from Columbia to my work, a really big sense of not wanting my work to be mediocre. I really wanted my work to be exceptional and to really strike a chord with people who are watching my films.

Nupur Raghunath is a Senior VP at public relations firm MSL and a Course Associate for the Strategic Communication M.S. program.

Through networking and working with the Career Design Lab, international student Yuri Zheng landed her dream job at Amazon.

Avi Edelman, ’22SPS, Nonprofit Management, on Why Pride Is an Important Concept

"Because our world still thinks trans and queer people are revolting. And so we must still be in revolt."