In order to deliver the best and safest program for our students, all programs will move to online learning for Summer 2020. We are excited to deliver dynamic and engaging courses and cocurricular activities online. Applications remain open, and we encourage students to apply. Learn More.
Close alert

Lieutenant Commander Daniel Schrader leads rescue and security operations in all the waters of the United States—from the cockpit of a helicopter. His uniform glitters with countless medals and awards. He was the Coast Guard’s 2018 recipient of the Captain Erickson award, given to one helicopter crew annually for exemplary performance during a rescue mission. Schrader earned this award while rescuing a critically ill sailor during a hurricane-force storm in the Northern Pacific Ocean.

Why would he move to New York City and enter the full-time Master of Science in Strategic Communication program at Columbia University’s School of Professional Studies?

A few years ago, Schrader’s helicopter crew received orders to find a parent and child who hadn’t returned from their boating trip. When his team arrived in a helicopter, they found a serious accident: the boat had capsized in very frigid waters. His team pulled the child into the helicopter while a nearby boat rescued the parent. The child was very hypothermic, so the team rushed him back to an ambulance that was waiting at the airport.

Unfortunately, the child didn’t make it. “We try our best to rescue everyone we can,” Schrader said. “But it’s especially hard when it is a child.”

In the aftermath, he found a way to respond. His rescue station ran a communications campaign to educate the public on the dangers of cold-water boating, with Schrader coordinating the effort. Even though the following winter was one of the coldest on record, there were fewer deaths due to hypothermia in the region than ever before.

That’s when he decided he’d like to play a high-level role in communication for the Coast Guard. He tells us more about his astonishing journey below. 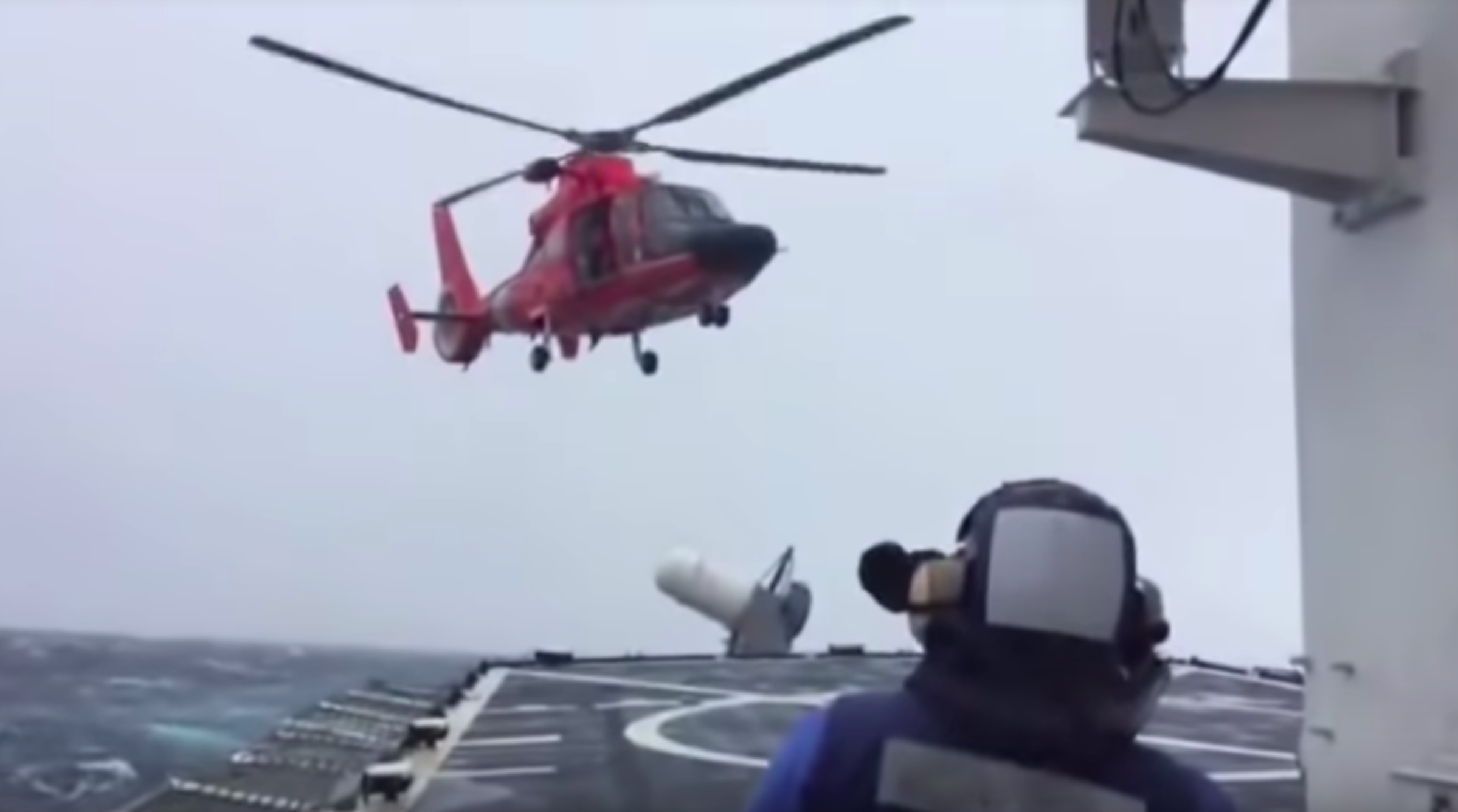 How did you become interested in the Coast Guard?

I went to basic training right after high school. In the Coast Guard, a key metric is how many lives we save; how many people get to go home to their families because of the work that we do. That was very attractive to me.

Tell me about your career in the service.

I started out on boats and ships providing security, including for the UN and ferries in New York Harbor. After I trained to become a helicopter pilot, I ended up in Alaska, leading law enforcement and search and rescue missions in the Bering Sea, the North Pacific, and the Arctic Ocean.

Have you faced danger in the Coast Guard?

Right before I left Alaska for New York, I led a medical evacuation (MEDEVAC) rescue for a critically ill Navy sailor.

Severe weather was approaching the Navy vessel, so our opportunities to pick up the sailor were becoming limited. There was supposed to be a break in the storm that would allow my team to complete the rescue, but that break never came. We had to fly nearly two hundred miles through a hurricane-intensity winds and rain. When landing back on our ship in 30-foot seas, I even had to switch on my helicopter’s windshield wipers because of the sea spray all over the windshield.

It took four attempts to land on the back of our ship. I’m happy to say we saved the patient’s life. As a result of the team’s work and the efforts of the ship’s crew, we earned the Capt. Frank Erickson award.

Why did you want to transition to PR and communication?

When we launched our campaign about the dangers of cold-water boating, I realized that strategic communication can help save lives as a part of search and rescue operations. I want to contribute as much as I can to the Service.

What skills are you gaining at Columbia that you didn’t in the military?

The ability to manage communications across a large, complex organization both internal and external. That will open up a lot of opportunities for me in the Coast Guard—to craft our branch’s message and brand, to master everything under the communications umbrella.

How did the military help make your study possible?

I’m going to Columbia as part of a Coast Guard advanced education fellowship program. They are sponsoring my tuition. While I’m here, I’m still on active-duty full time. My job for the next year and a half is to learn as much as I can about how communication operates in the commercial sector and bring that back to the Coast Guard.

Is it hard adjusting to grad school?

Yes and no. Without a uniform, it’s hard figuring out what to wear everyday [laughs]. Flight school prepared me well. I had to master time management and memorize an immense amount of technical information. The hard part for me is adjusting to an environment without rigid hierarchies or decision trees, which is how we operate in the military. I’m learning to be more creative in my approach.

You’ve accomplished a lot by age 38. What advice would you give to other military personnel?

I would say that Columbia and the School of Professional Studies is a great environment for veterans. Every time I walk up the steps of Butler Library, I see a portrait of Dwight. D. Eisenhower, the Supreme Allied Commander of World War II and Columbia’s thirteenth president. There is a strong veterans community here and the university is very supportive. Columbia is a great place to study while in the military or as a launchpad for your career after your service.

Learn more about the Programs in Strategic Communication at the School of Professional Studies and visit Student Financial Services for information about benefits and resources for veterans and service members at Columbia University.

Sabrina Anastasio: Narrative Medicine in the International Year of the Nurse

As a nurse at New York-Presbyterian, Anastasio has witnessed the pain of COVID-19. She uses Narrative Medicine skills to help.

Bioethics student Anne Zimmerman, JD, published a new article on COVID-19 and civil unrest in The American Journal of Bioethics.

Post-baccalaureate Studies at SPS gave her room to explore and preparation for the M.S. in Sustainability Management program.