Classes that begin the week of January 17 resume in-person instruction on January 31. Don’t forget to upload your booster documentation by January 31. Upload and learn more.
Close alert
Tuesday
2020
when
6:30 pm EDT
what
SPS Event
where
Online
Back to all SPS events
Featured SPS Events

SPS Election 2020 Speaker Series: Our Problem with "Truthiness": The Centuries-Long History of Fake News in the United States

Starting with the partisan newspapers of the early republic, then moving through the sensationalistic and lurid decades of late 19th-century yellow journalism, she shows how Americans did not start demanding accuracy from news until the early twentieth century, when influential Americans grew tired of their privacy being violated by muckrakers and tabloid writers. This is when codes of ethics in journalism were first developed. Elite newspapers (New York Times, LA Times, Washington Post) and other news sources (Time, Newsweek) then become national civic institutions over the 20th century, critical to the meaning and understanding of what national community is. The final part of my talk discusses how the development of cable news and online social media, arriving as they did in the age of the culture wars, fractured American political culture with their double-whammy. Unlike the early nineteenth-century era of partisanship, however, we find ourselves in a post-truth era, when politics structure the packaging and delivery of news (as it did in the early republic), but this time “truth” and “fact” remain elevated standards to which journalists and politicians lay claim."

About the SPS Election 2020 Speaker Series

The SPS Election 2020 Speaker Series convenes and connects the foremost minds around one of the most important issues in U.S. public life: political elections. Bringing renowned political experts and visiting historians straight to the SPS student, alumni and faculty community, the series sparks thought-provoking discourse, dispels misinformation and empowers everyone — including non-U.S. citizens — to get involved in the November 3rd election season in meaningful ways.

Each event provides important historical contexts for some of the pressing questions surrounding the U.S. electoral environment. U.S. and international students are welcome and encouraged to participate. RSVPs are required.

Learn more about how you can get involved with the November 3 general election by visiting sps.columbia.edu/vote. 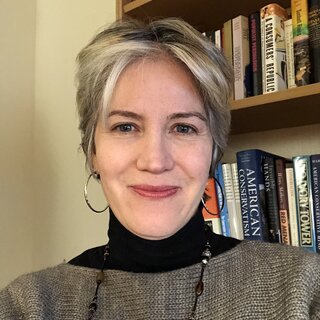