What the NCAA Can Learn from the Olympics: The Value of Rule 40 in the Age of Digital Content

There has been a lot of talk in the past year or so of how college athletes can now make a killing from the use of their name, image, and likeness (NIL). It’s certainly been a hot topic within our cohort in the Sports Management program. When various courts around the nation started ruling that the NCAA's rules and policy on amateurism could not stop an 18-year-old from signing a 6-figure contract, the folks from Indiana started racing to Congress to get a blanket federal law on the issue passed for uniformity's sake. No such law is still in place. This makes for an uneven recruitment field across colleges and universities located in different states.

Apart from enforcement, it is also a distraction to the student-athlete’s academic progress. The NCAA already regulates practice hours for good reason--to allow the student-athletes to focus on their education. Cashing in on one's NIL certainly takes time and effort, and serves as another facet to the already multi-faceted lives of student-athletes. UConn Women's Basketball star Paige Bueckers gets this. As a social media icon, she has been quiet at the forefront of this whole NIL business. Front Office Sports recently quoted her, "There's a lot that goes into it, lot of photoshoots, lot of interviews, lot of stuff that you have to do behind the scenes. I'm not certainly prepared for all of that."

The other big concern is a potential shift in sponsorship money. Sponsorship money in the college space has traditionally stayed with the championships, conferences, and schools. There was not much room for ambush marketing through the student-athletes due to the eligibility rules that prevented them from entering into commercial contracts in the past.

This has been the same battle the International Olympic Committee (IOC) has been fighting for years. How do they ensure that the Olympic Partners (TOP) are protected against ambush marketing? How do they preserve the value of not only the use of the intellectual property rights they own, but the use of the Olympic theme in itself? Why would a brand pay the Olympics billions for the use of these, if another brand can simply tap an Olympian for a less significant amount and benefit from the same? For perspective purposes, the Olympic Rings are properly identified as such by 9 out of 10 people.

The IOC solution was the imposition of Rule 40 under its charter. The rule’s earlier versions called for a complete blackout period where participants could not do anything for their sponsors immediately before and during the games. This meant that an athlete could not even thank a sponsor publicly, and a sponsor could not send well wishes to the athlete publicly. For many years, the rule was criticized as a restraint on athletes who could have otherwise benefited from their NIL during the games.

The current version, however, has been relaxed, allowing athletes to post about sponsors during the games with certain restrictions. Non-Olympic partners may use the NIL of a participant for advertising during the Olympic games so long as the post is "generic" and does not use any of the Olympic Properties. The sponsor must also provide the IOC with a notice of the advertising through the IOC's Rule 40 portal. According to the IOC, “generic" advertising should have no connection with the Olympics other than the presence of the participant who happens to be an Olympian, and should have been running for at least 90 days before the games--in other words, the advertising campaign pretty much just happened to coincide with the Games. Congratulatory and supportive advertising was still not allowed during the Games, because it referenced the Olympics. "Thank you" messages by participants on their social platforms were permitted provided that they do not in any way endorse the brand or claim that the product enhanced their performance. They are also limited to a single post per sponsor. Sponsors who were also official Olympic sponsors were not subject to these limitations.

In my country, the Philippines, several brands took advantage of the historic moment of Filipina weightlifter Hidilyn Diaz. Diaz won the country's first Gold medal last summer and the internet was filled with congratulatory messages from non-sponsors of both the Olympics or Diaz even if they were using her NIL. The abuse did not stop with brands, as politicians had placed their faces beside action photos of Diaz in the Olympics just to pick up on the media mileage the association brought. The Philippine Olympic Committee had to issue a statement that cautioned companies and referred them to Rule 40.

Even with the relaxed version, there is still an outcry to toss Rule 40 out the window. Rights to publicity and freedom of speech are usually at the center of such discussions. But a good majority of athletes, especially those in leadership, do believe that today's version is representative of a good balance of the athlete's rights and the Olympic Movement's rights. The support for Rule 40 is evidenced by statements issued by the IOC Athletes’ Commission. Most athletes understand that there is value in protecting the intellectual property rights of the IOC and how this is directly related to the sustainability of the Games.

The relaxed rule allows athletes to profit from their NIL without any restrictions apart from association with the Olympics. In other words, the IOC is agreeing that an athlete has full rights to their own NIL but is also saying that they don't have vested rights to the Olympic marks.

It is my opinion that the NCAA and its member schools and conferences can benefit from the same concept of restricting the use of their own marks, at least during the duration of their tournaments. This would ensure that student-athletes can still cash in on their NILs, but at the same time preserve the value of league-wide, conference, and school sponsorships for their partners. The thing about intellectual property rights is that even if they are considered intangible, their use is tangible enough to pinpoint, break down, and separate from other rights if need be. There's a big difference between Bueckers in a Huskies jersey and Bueckers in a generic jersey. The first illustration carries two properties, that of Bueckers and that of the Huskies. Together, their reach is much more powerful.

Rule 40 is still imperfect. There are still ways to make it better for both the athletes and the TOP partners. As the media landscape continues to change as we saw with the advent of the digital age, more issues and challenges will come up. Keeping an open mind should be key for all the stakeholders, with one goal in mind: the sustainability of the Games we all love enough to wait every four years for. 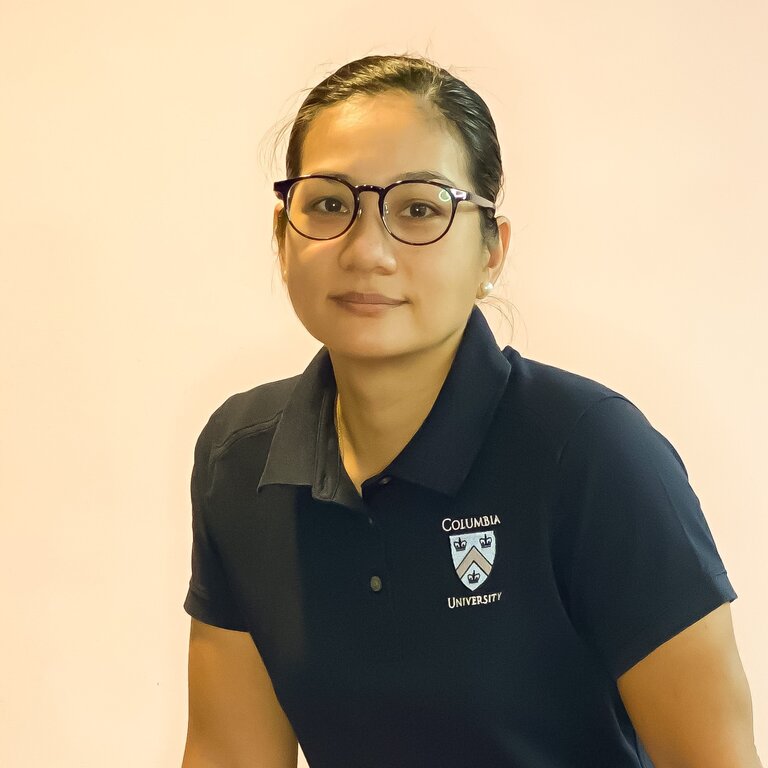 From a War Zone to Safety: How Applied Analytics Student Anna Ustin Evacuated Her Family from Ukraine

Anna quickly realized that she needed to take action to get her family members out of harm’s way.

Keith Saylor, '23SPS, shares his experience working with the team throughout the challenge.

Matthews talks about the importance of passing the torch of inclusivity and diversity to future generations.