Dr. Norman J. Jacknis, Senior Lecturer of Technology Management, has decades of executive and leadership experience in the public and private sectors. He has successfully led organizations to adopt innovations, upgrade technologies, and embrace data-driven cultures.

As a member of a couple of angel investor networks, a former software executive, and a teacher of a graduate course on new product/service creation, I have seen many financial projections from startup founders and new product managers in large companies.

One very common pattern for sales projections is a straight rising line (simple linear trend). Here’s one that shows consistent growth in sales, with expenses following along in a similar path. Breakeven occurs around the fourth time period — perhaps that’s the second half of the second year.

More optimistic projections take the hockey stick approach. The folks with hockey stick graphs always show the long arm of the stick going up — this product is just going to take off and sales will go through the ceiling!

More often than these hopeful folks realize, the hockey stick goes the other way.

The underlying theory of sales growth in these charts is unclear — if there is even some kind of well-thought out model underlying them. Often there isn’t one and the creators of these projections are just playing with arithmetic.

An improvement over the simplistic linear or wishful hockey stick “model” is the four-stage product life cycle — launch, growth, maturity, decline. With that in mind, you might get to see sales projections that follow this pattern.

It’s a more nuanced, maybe even reasonable, basis for estimations in spreadsheets. But aside from launch, these phases are not easy to identify in real-time. Moreover, these phases are so general as to be generally useless in practice. And that is because this kind of curve has not been tied into what is known about patterns of adoption of new products or services, especially technology products.

There are better ways of thinking about sales projections for new products from startups or established companies. These better approaches are not original with me nor are they new, although they do not seem to have the popularity that you would expect.

Here then is a picture of the general pattern of adoption of technology products — what has long been called the diffusion of innovation or, with the notch between the second and third groups, the chasm that new products need to get across in order to be successful at scale. 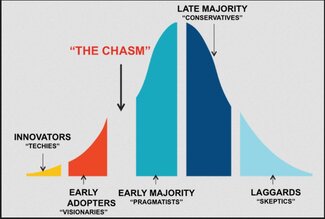 While the speed of adoption and the actual distribution of various groups is not always a nice normal distribution, it provides a useful framework to identify when different kinds of people will adopt the new product or service. (This isn’t the place to go into the details about the characteristics of each of the five groups. More about that can be found in such classic books as Diffusion of Innovations by Everett M. Rogers and Crossing the Chasm: Marketing and Selling Disruptive Products to Mainstream Customers by Geoffrey A. Moore.)

There has been a lot written on this S-curve, but curiously very little of it ties the S-curve to the financial demands of a startup or a new product launch in an established company. While many people seem to have a basic understanding of the S-curve for the adoption of new products/services, they don’t link that to the money they need. But the pattern of adoption has direct financial consequences.

What do these financial consequences look like? Consider this picture.

The model can be more granular, but this simple model illustrates the point. The expenses match the various stages of the adoption cycle, including the marketing costs of getting past the chasm. The model also reflects the fact that later adopters usually require more support in their use of products and even greater attention to an easy user interface than at the start. The model also reflects the need to create the product before there is any paying customer at all.

The technology adoption cycle provides the framework, but the actual pattern for a new product can be updated with real-time data that reflects how fast adoption is moving and into which groups.

With this kind of model in hand, the product planner can estimate the pattern of product adoption in the future. In turn, that enables better financial planning to estimate future profits.

It’s worth also saying that in startups, in particular, cash is king. No matter what your profits might be on paper, if there isn’t enough money to pay for essentials — say the salaries of key employees who are writing your software — then your startup is in deep trouble. In startups, misjudgments about the money coming into the business versus the money going out of it can be fatal. So startups are especially vulnerable to inaccurate sales projections.

Whether it’s a new product in a big company or a startup, even a sales projection (and updates) based on an understanding of the adoption of innovations does not necessarily guarantee a big success. But at the least this kind of smart sales projection will help avoid a nasty surprise that leads to a cash crunch.

This article was originally published on medium.com. 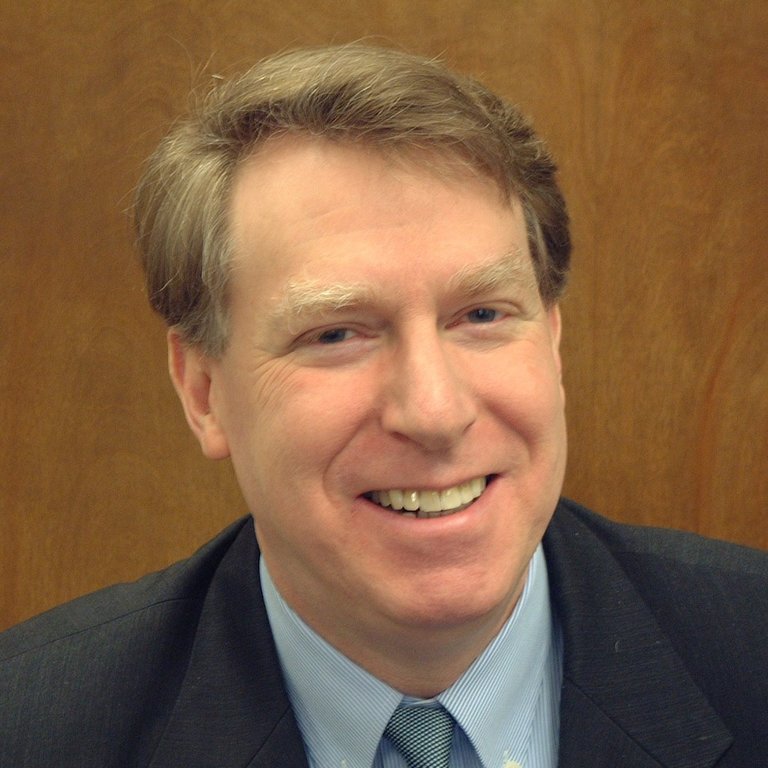 Senior Lecturer in the Discipline of Technology Management

Obtain the knowledge and analytical tools to improve business outcomes through the creative use of technology.